Canadian country music star and Walnut Grove resident Dallas Smith was touched by the generosity he saw while crossing Western Canada with the recent holiday train.

“The level of generosity we’re seeing out here on the CP Holiday Train is mind blowing,” he shared during the journey that wrapped up Dec. 17 in Port Coquitlam.

Smith, who was accompanied by fellow Canadian country music superstar and co-collaborator Terri Clark, performed at 31 stops in Western Canada, starting in Calgary on Dec. 8 and wrapping in Tri-Cities mid-month.

“Thank you to everyone who’s donated and joined us along the way,” Smith said.

While final numbers are still being calculated, the 21st annual CP Holiday Train is being hailed another successful tour, raises more than $1.49 million and 238,393 pounds of food for or local food banks and food shelves across the country.

As part of the annual North America tour, the trains stop in 170 various locations (closest to Dallas’ hometown of Langley was the stops in Maple Ridge, Pitt Meadows, and Port Coquitlam), where guests were able to come out and enjoy the lights, donate to the cause, and share in some toe-tapping music by artists such as Smith and Clark.

The 2018 CP Holiday Train is coming to town! from Canadian Pacific on Vimeo.

The holiday train has now raised more than $16.7 million and collected 4.7 million pounds of food since its inaugural journey back in 1999, announced CP president and CEO Keith Creel.

“For more than 20 years, we have brought the CP Holiday Train across North America delighting audiences of all ages,” Creel said.

“Partnering with local food banks to raise awareness for hunger-related issues is the cornerstone that enables the success of the holiday train. Watching communities come out to celebrate and donate generously reminds us why the program continues to be so important.”

Smith was equally impressed, repeatedly astonished by the outpouring of support as they hit stop after stop.

Who's catching the @CPHolidayTrain this year?
It's going to be in #Kamloops, Dec. 15 with country singers @DallasSmith & @TerriClarkMusic.

For a winter getaway, downhill fun is only minutes from the heart of town, too: https://t.co/TO587PCvJc@TourismKamloops #ExploreKamloops pic.twitter.com/JCFsIt7UYX

On the U.S. train, Alan Doyle and The Beautiful Band launched the season in Montreal, traveling throughout New York and southern Ontario. Picking up the train in Chicago for the journey to Gleichen, Alta., the last show of this magical season, was Canadian Country Music Association (CCMA) Female Artist of the Year Meghan Patrick, along with Tanika Charles and Kelly Prescott. Vishten, an Acadian powerhouse trio, performed shows in French and English at stops in Quebec.

RECENT COVERAGE: Langley’s own Dallas Smith rolls through B.C. on the CP Holiday Train Dec. 11 to 17

The musical artists that took the Canadian train from Montreal to Calgary included the talented Madeline Merlo, a CCMA Award-winning artist hailing from Pitt Meadows, alongside Scott Helman, a 2018 JUNO Award nominee for songwriter of the year.

Clark and Smith took over the musical helm of the tour in southern Alberta and rode the train through to Port Coquitlam.

FREE concert tonight with @dallassmith and @TerriClarkMusic as the @CPHolidayTrain completes its cross-country journey in the Tri-Cities. Bring a donation for the local food bank + enjoy the show! https://t.co/BnGVeAQ7gs

The CP Holiday Train program is not the only way CP gives back to food banks. CP also provides Food Banks Canada $250,000 worth of in-kind transportation services to support its National Food Sharing Service program.

“On a personal note, I can’t express how much I enjoy seeing the holiday train coming down the tracks, all lit up and decorated for the holidays!” 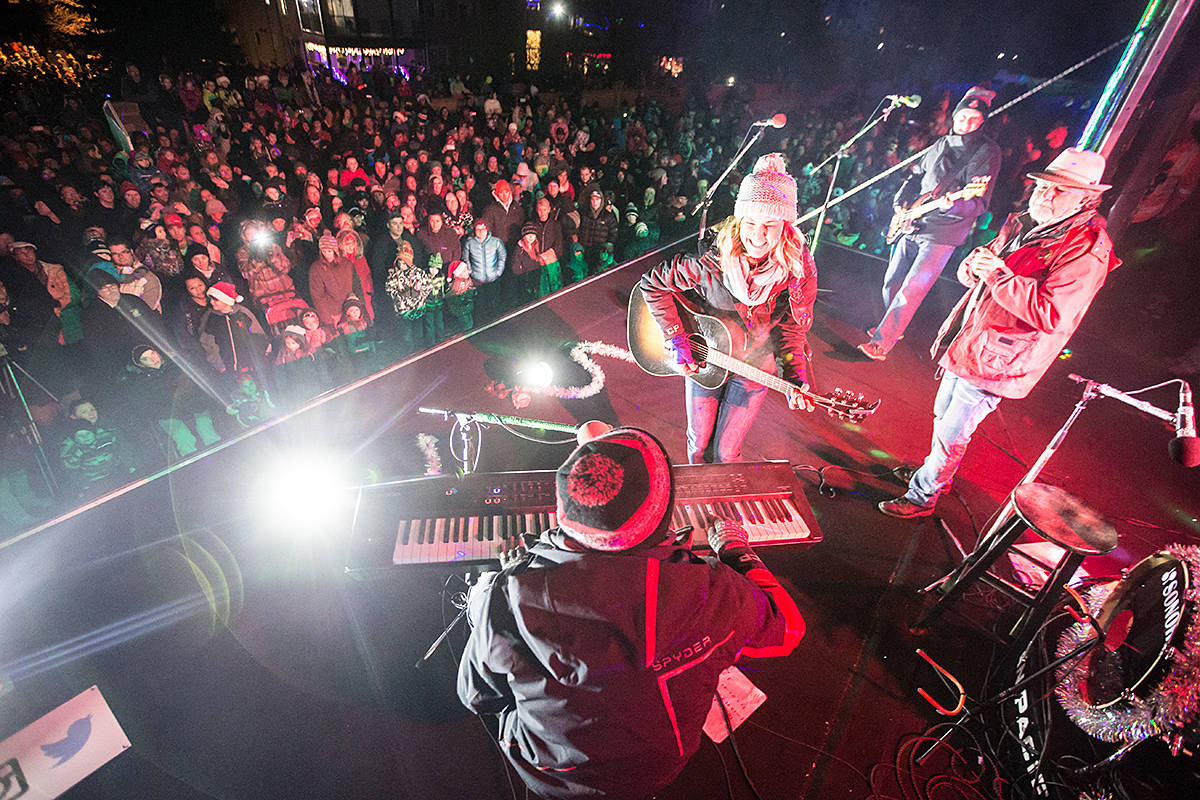 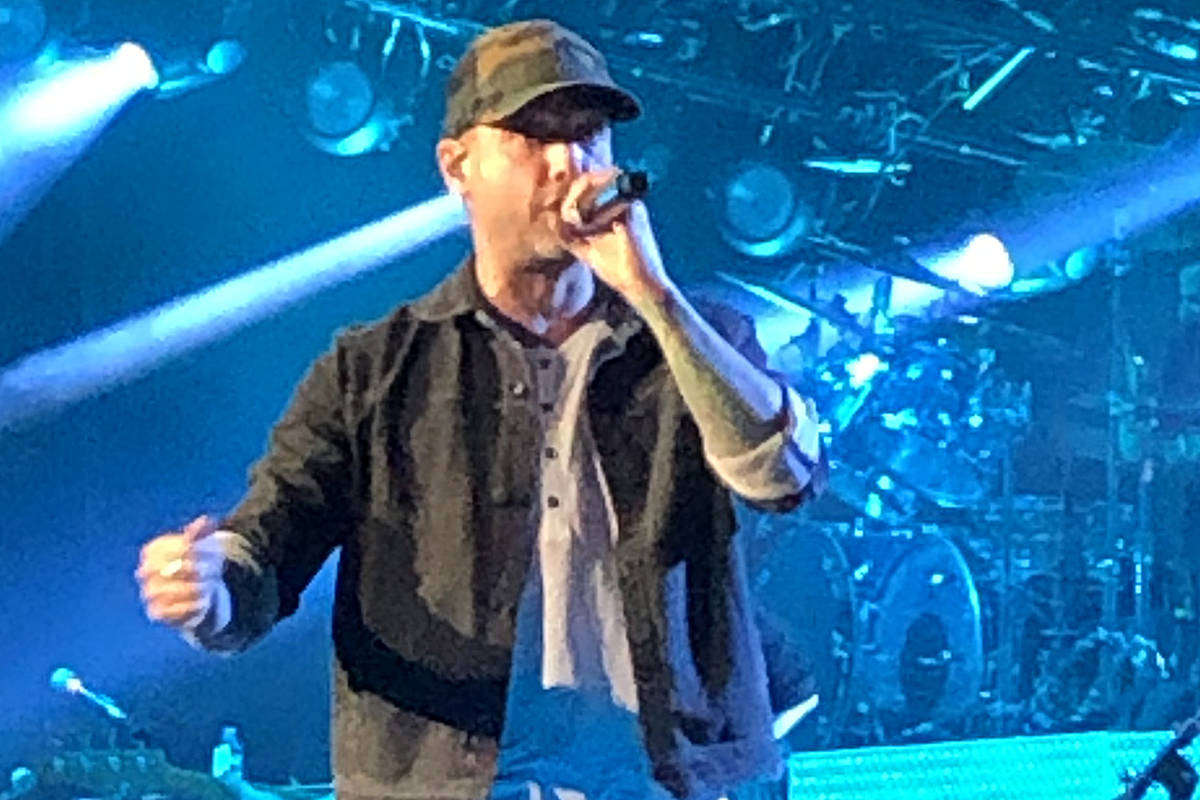 Ahead of his participation in the CP Holiday Train tour, Dallas Smith wrapped up his Friends Don’t Let Friends Tour Alone tour with Dean Brody at the Abbotsford Entertainment Centre in October. (Denise Robbins/Special to the Langley Advance Times) 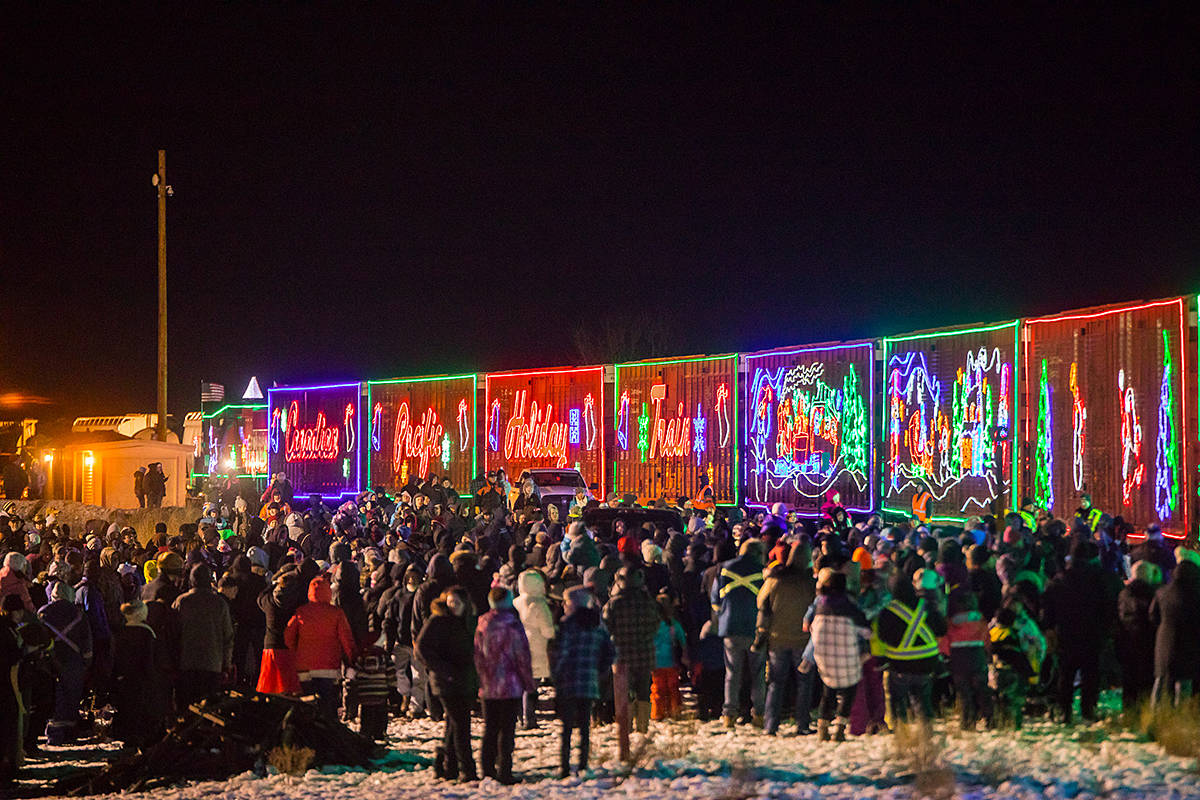 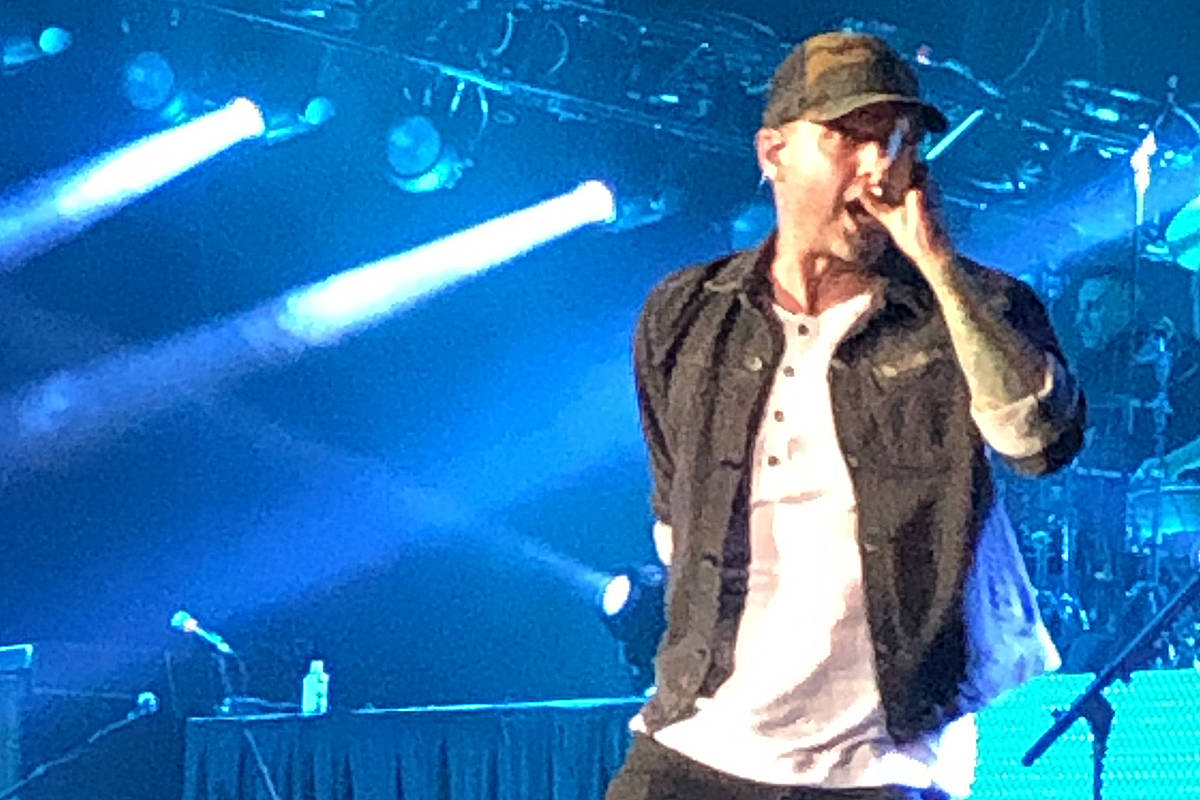 Ahead of his participation in the CP Holiday Train tour, Dallas Smith wrapped up his Friends Don’t Let Friends Tour Alone tour with Dean Brody at the Abbotsford Entertainment Centre in October. (Denise Robbins/Special to the Langley Advance Times)

The province added gyms, dance and fitness studios to its list of places where face coverings are mandatory Tuesday