Nov. 19 is the anniversary of the day British Columbia was officially created back in 1858.

The year 2021 marks the 163rd anniversary of the signing of the proclamation establishing the Crown Colony of British Columbia under Governor James Douglas.

The formal celebration of Douglas Day began in Langley in 1946. It was established by municipal bylaw to commemorate the founding of the Crown Colony of British Columbia on November 19, 1858, and to recognize the appointment of Sir James Douglas as the first governor of British Columbia.

Since 1946, a banquet has been held each year to honour Langley pioneers – those who are at least 70 years of age and have lived in the Langleys for 60 years or more.

For the first couple of decades, the event was held at the Fort Langley Community Hall. It was a celebration that included pioneers from Surrey and Delta. Pioneer balls were also hosted prior to the banquet in preparation for this annual celebration. In the early days of the event, roughly 30 pioneers attended the gatherings, but this has since grown to over 200 pioneers.

The event outgrew the Fort Langley Community Hall and moved to the Township of Langley Civic Centre in 1973, now called the George Preston Recreation Centre. In 2008, the event moved to the newly built Langley Events Centre, where it continues to be held to this day.

This event has become a long-standing tradition within the community to honour the pioneers of the Township and City of Langley. The banquet has been on hold in the age of COVID but is expected to return in the future.

The celebration of Douglas Day has developed into a unique community event, presenting the Langleys with an opportunity to honour their pioneers every year for the past 75 years.

While it is not possible to celebrate in person this year, the Township and City wanted to recognize the contributions longtime local residents have made to the community. 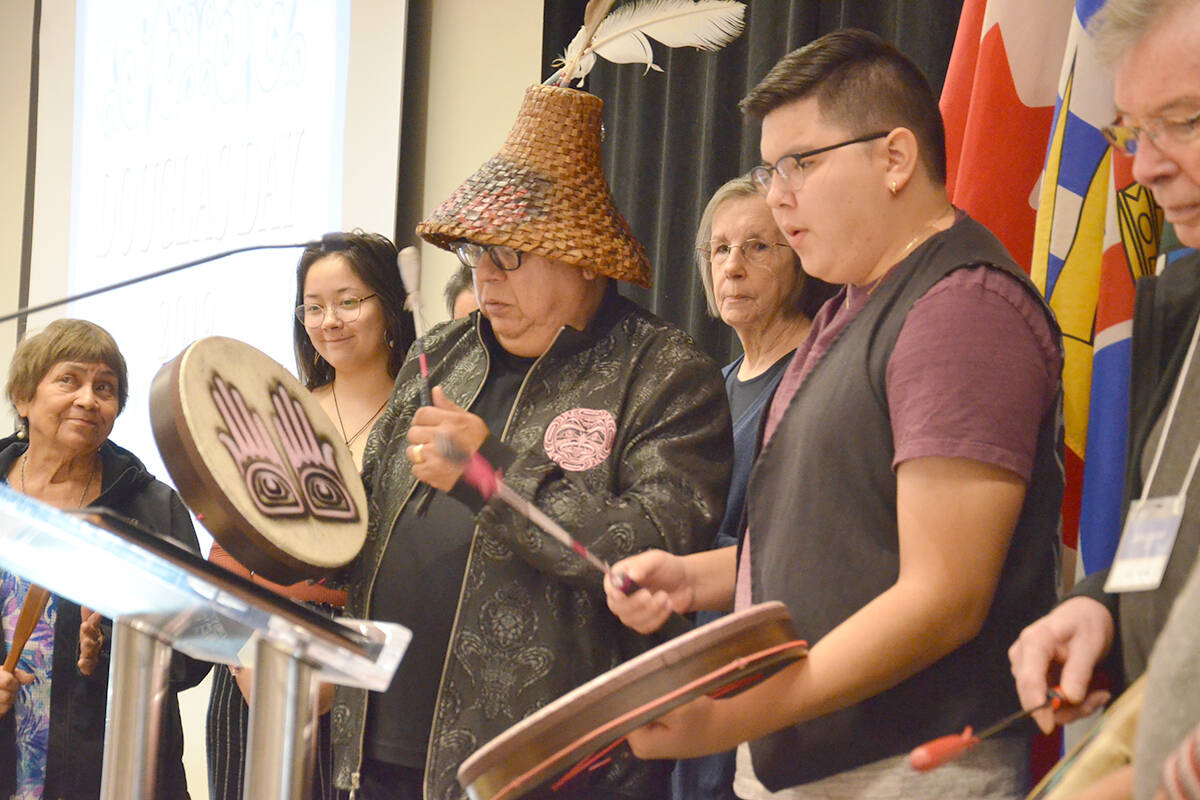 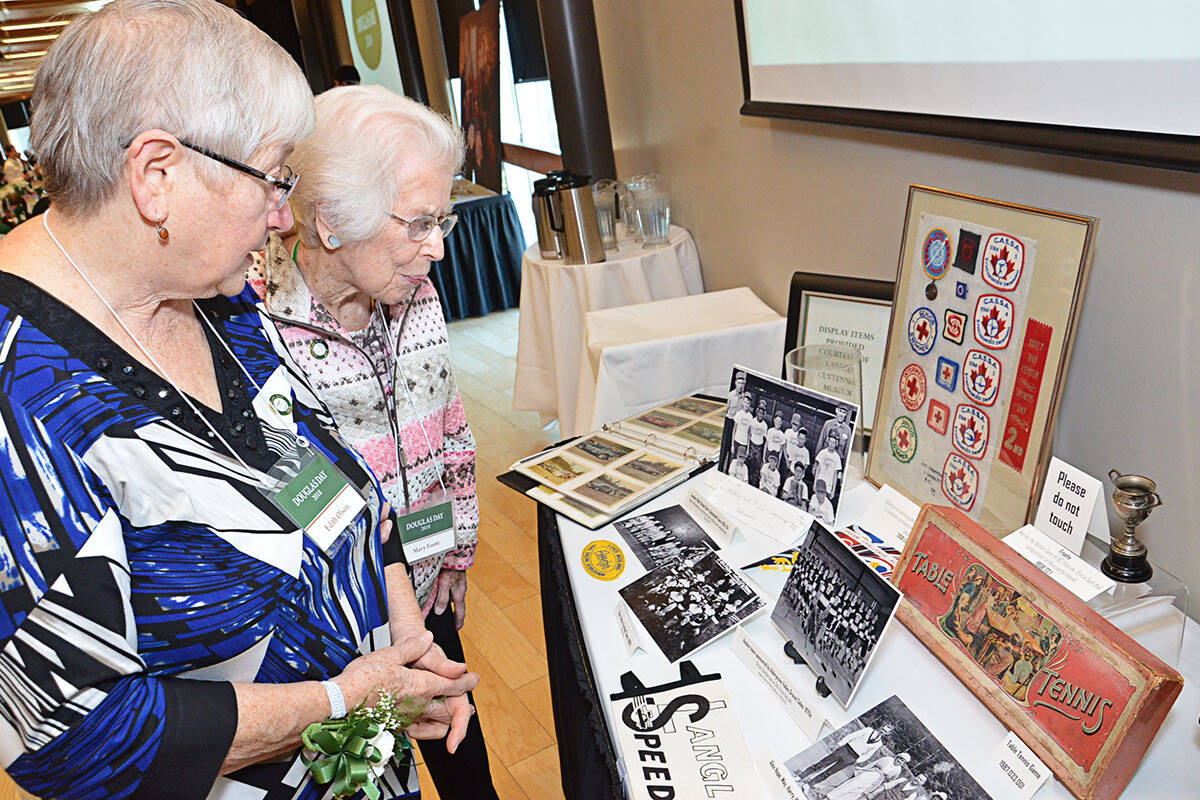 Edith Olson and her then 103-year-old mother, Mary Foote, checked out the sports and recreation display at the Douglas Day Banquet in 2018. (Langley Advance Times files)

Thanks delivered to Langley’s frontline workers

Brookswood to kick off holiday season with its annual lights festival