Andrew Dick usually comes to sporting events armed with hand clappers or cow bells – and is known to a far amount of noise cheering on his favourite team.

In his first time at a Vancouver Giants game, however, he apparently “tamed it down a bit.”

His girlfriend won free tickets to a pajama party in the Black Press suite at the Giants game, so he simply wore his relatively new cat-themed onsies, and used his hands and voice to cheer on all the action.

The Vancouver resident was one of just a few dozen people in the audience who wore pajamas to the Tuesday night victory games between the Langley-based G-Men and the Portland Winterhawks on Tuesday.

But Dick was joined by more than a hundred other audience members at the Langley Event Centre who brought at least one pair of pajamas for a child in need this Christmas.

It was the second year in a row that the Giants held a pajama party, and working with local Jammie Drive organizer MaryLou Robertson, they collected more than 140 pairs of new PJs that will go to kids and teenagers through the Langley Christmas Bureau.

“We were able to collect more than 100 pairs of pajamas at tonight’s game,” said Giants communication person Leah Garrett. “And we’re so pleased with that.”

When asked to wear PJs to a game, Dick – an avid sports fan – thought the request “Weird… But I like weird,” Dick said.

“I usually go all out. I usually have a hand clapper and a cow bell, and the likes…” to the Canucks or BC Lions games.

Wearing pajamas was just something new. His girlfriend wore a penguin onsie, and most of the people in the Black Press Pajama Party suite donned some form of flannel or fluffy pajamas.

Down closer to the ice, 10-year-old Olivia Dangaran was found wearing her dinosaur onsie, while her 11-year-old friend Amelia Freer adorned her koala bear pajamas.

“It’s so much fun,” the Tswwassen girls said in unison, who went shopping a few days ahead for some pajamas they could donate to the cause.

“They’re so over the moon happy about coming, being here, and helping out,” said Olivia’s mother, Anne.

Robertson, the PJ Drive organizer, her kids, and several of their friends were on hand collecting donations.

For her, it’s about making sure everyone has new pajamas to cuddle up in at Christmas.

She took over the project from a former co-worker five years ago. Last year, they collected more than 500 pair of pajamas on behalf of the Christmas bureau.

They held a Jammie Drive at the Walmart in early December and then at the Giants game. There’s still opportunities to give to the drive.

Langley Rivermen, who have been collecting PJs for the past three years, are doing their pajama collection at the Friday, Dec. 8 game at the George Preston Recreation Centre.

Donations can also be dropped off at the Langley RCMP’s main detachment in Murrayville. 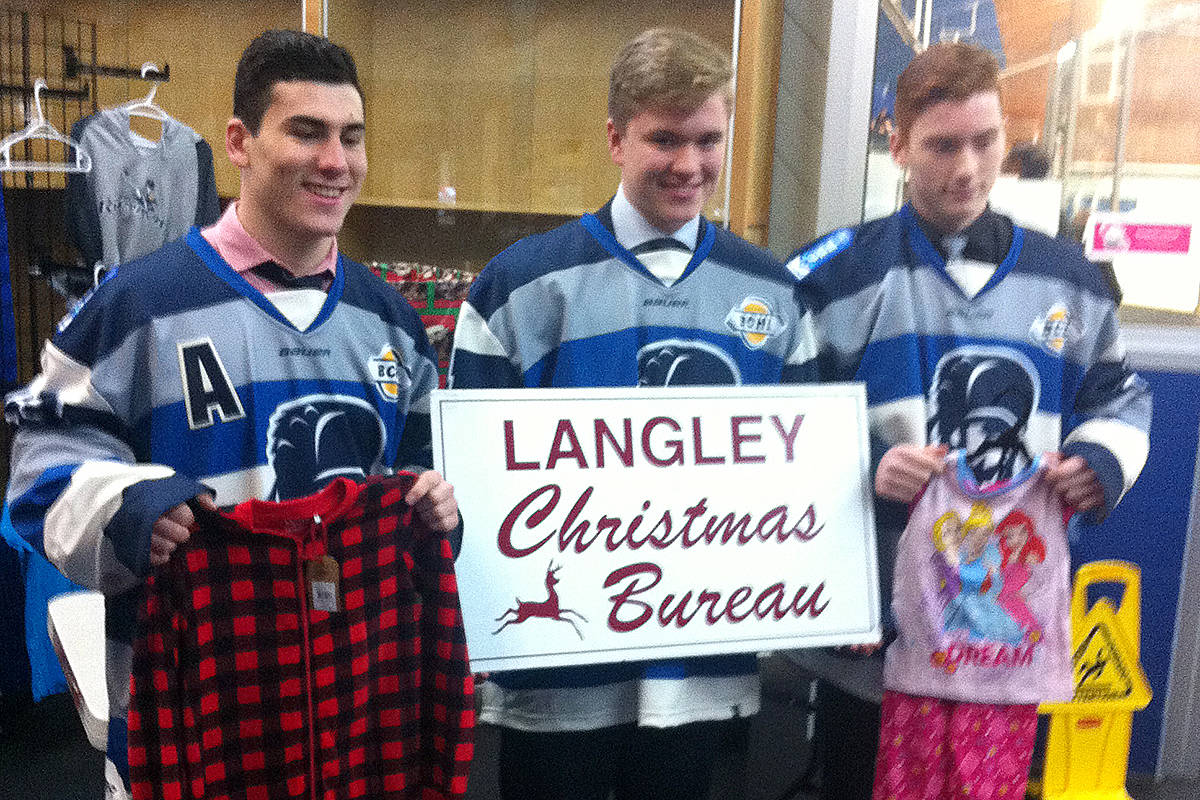 There’s still a chance to help out this year’s PJ Drive. The Rivermen (pictured above at last year’s drive) are once again collecting pajamas for the cause. This year’s collection happens Friday night at their home game at the George Preston Recreation Centre. (Special to the Langley Advance) 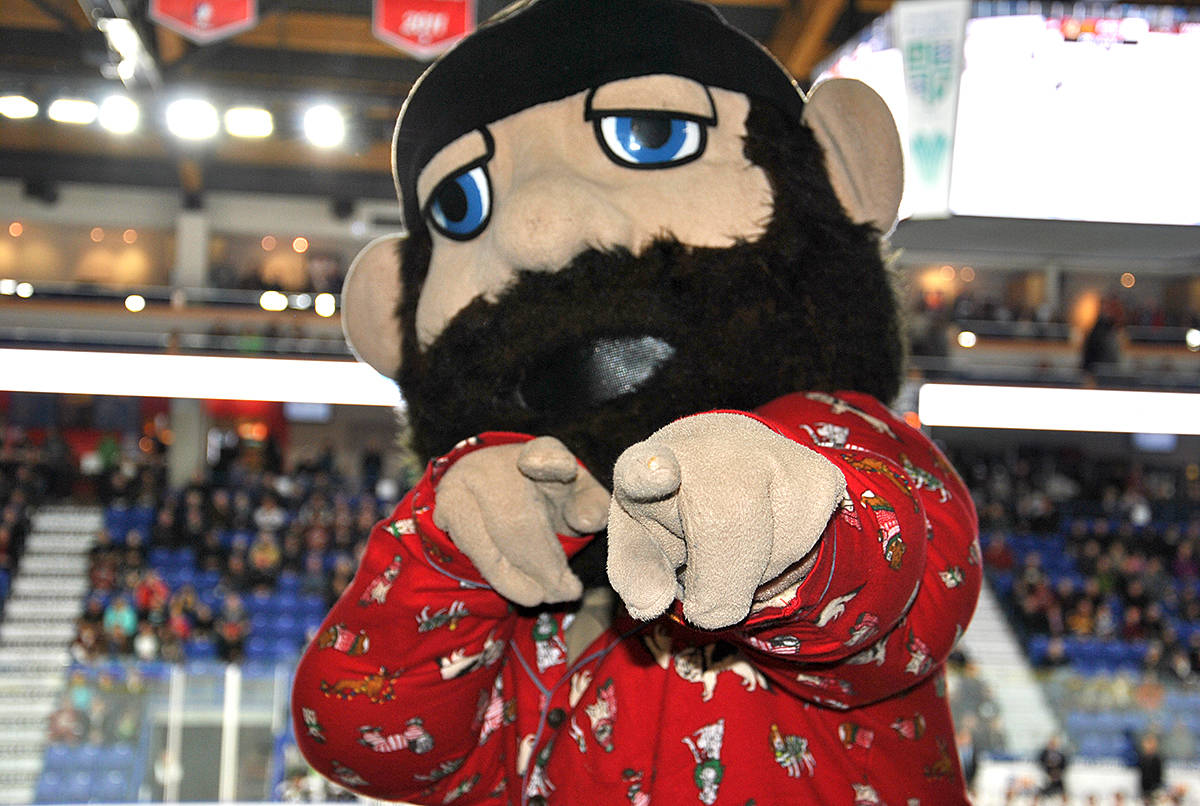 Giants fans gave generously to the PJ Drive program once again being run to benefit kids and teens through the Langley Christmas Bureau. (Roxanne Hooper/Langley Advance)

‘Longest Night of the Year’ aims to support those who find holidays difficult, emotional time