Cadwaladr has spent her literary career crafting local works of non-fiction to commemorate the gardeners and plant lovers who shaped the Surrey and Langley area.

In Veronica’s Garden: The Social History of the Milner Gardens and Woodland was Cadwaladr’s first book. The non-fiction work detailed the life and work of gardener Veronica Milner and became a Canadian best seller in 2018 in it’s new expanded edition.

Cadwaladr explained that the door to the world of botany was opened to her over time.

“My husband was the director of a Vancouver Island garden, so that’s how I started. Then in meeting friends when researching the Veronica Milner book, I really got into that world.”

A Secret Garden traces the lives of Ed and Francisca Darts who transformed their rough, stump-covered Surrey acreage into an award-winning fruit and nut orchard – then went on to have acclaimed garden containing rare and unusual plants.

“It’s important to keep the memory of the orchard alive,” Cadwaladr added. “I wouldn’t want this story to be lost.”

In researching A Secret Garden, Cadwaladr said she spoke to many of Francisca Darts’ friends and showed them the manuscript to get it as accurate as possible.

Darts Hill Garden Park is still in operation and open to the public on weekends, 11 a.m. to 3 p.m. during summer months. Located at the corner of 16 Ave and 186 street, well kept trails through pasture land and orchards have been a fixture in Surrey since its donation to the city in 1994.

“Francisca Dart used to say she wanted people to be inspired by her garden, enough to want to go home and do the same thing,” Cadwaladr said.

The book will be formally launched at Darts Hill on July 31 from 3 to 5 p.m.

As for her next book, Cadwaladr said it will be non-fiction, but, not about gardens.

“All the Latin names are tough,” Cadwaladr noted. 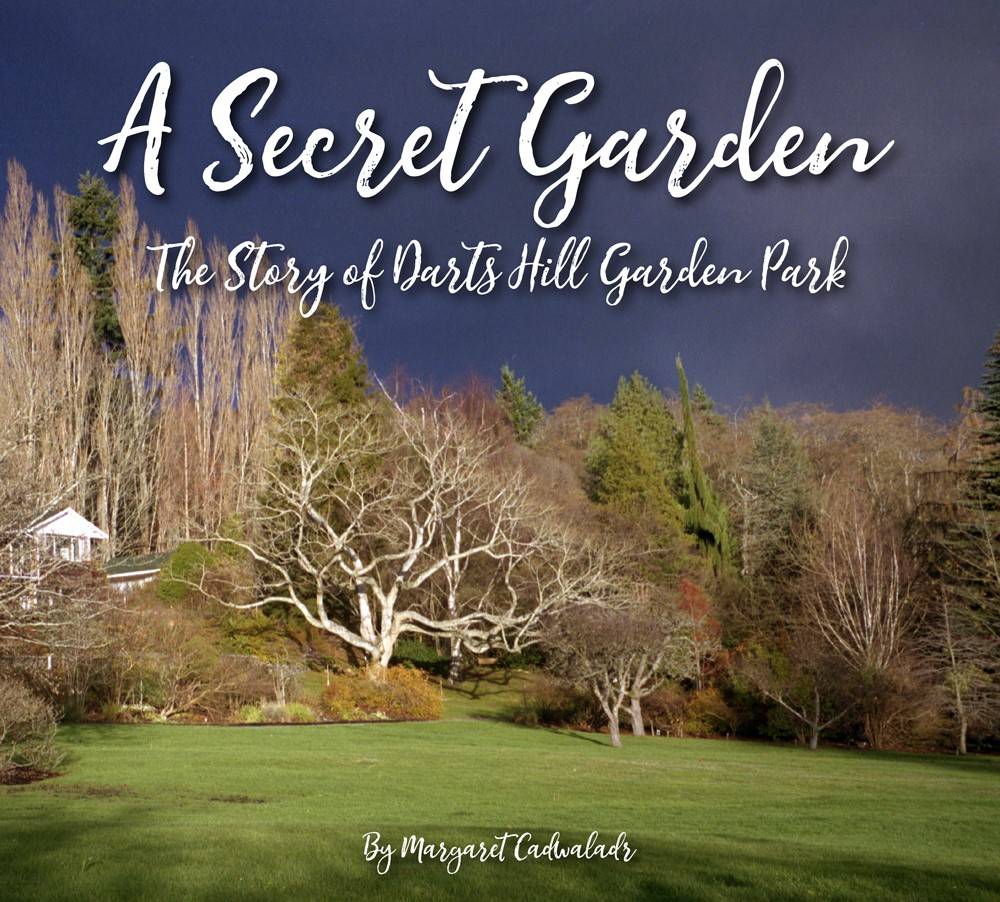