Mother and son thespians Ellie and Geoff King are writing and directing a live theatre production their bringing to a new stage at Fraser Valley Cidery this weekend.

The Langley duo are excited to welcome back life theatre with their own rendition of a classic fairy-tale character.

July 17 and 18, they and a new group called the Merrie-Makers Travelling Players, present The Silly Adventures of Robin Hood.

READ MORE: Langley theatre producer tackles the fairest of them all for the holidays

It’s the legend of Robin Hood as told by a lively, funny, and exuberant troupe of players in this zany adaptation of the famous legend, said Ellie.

“Music, silly jokes, sword fight, and – of course – an archery competition make this a sparkling, colourful family-friendly must-see for those of us looking for something to lift our spirits after the grey of the last 18 months,” she said.

Calling the undertaking a fun project with friends, Ellie said they’re squeezing this show in before Royal Canadian Theatre Company (her employers/and the show’s main sponsor) begins its first full season since COVID.

Merrie-Makers is what Ellie describes as an ad-hoc group of actors and “theatre creatives” working under the terms of the Actors’ Equity Collective Agreement to make “fun theatre.”

“Our goal is to entertain families with a fun, innovative new theatre production. The story is based on a medieval form of theatre known as commedia dell’arte. Troops of players would travel from town to town bringing the same basic characters and improvising or using loosely scripted plays to tell their stories. The emphasis was on comedy as is ours,” explained Merrie-Makers’ founder.

“We came about during my visit to Fraser Valley Cidery last fall, when I was in conversation with Rachel Bolongaro and Claire Carolan. Rachel was very interested in bringing theatre to the cidery, and Claire and I just happen to make theatre,” Ellie admitted.

“I looked around for an appropriate piece, and hit on the idea of commedia dell’arte. Planning went on, and I wrote the script as we watched the progress of COVID, not sure if the project would actually come to fruition. But happily here we are, and we are now able to bring professional theatre to the Valley,” she added.

In addition to the cast, the crew is made up of Ellie King as writer and director, and Geoff Knight as music director and sound designer. Claire Carolan is in charge of set design, while Kerri Norris is responsible for costume design and Stephen Elcheshen has overseen fight direction.

This production has adapted to be appropriate for families.

“British panto and the puppet show Punch and Judy are based on commedia, and Shakespeare himself would have been very familiar with it, as would Moliere. Commedia also heavily continues to influence physical comedy, and can be seen to great effect in the silent movies of Laurel and Hardy and so on, right up to modern-day Jim Carrey,” she explained.

Guests are encouraged to bring a picnic and enjoy one of the matinee (2 p.m.) showings.

Even ahead of this weekend’s reveal, Ellie predicted a 2022 return for Merrie-Makers.

“We’ve all had so much fun, I think we’ll be back next year,” she said, encouraging theatre lovers to check out Langley’s new open-space venue and this community’s newest theatre group. 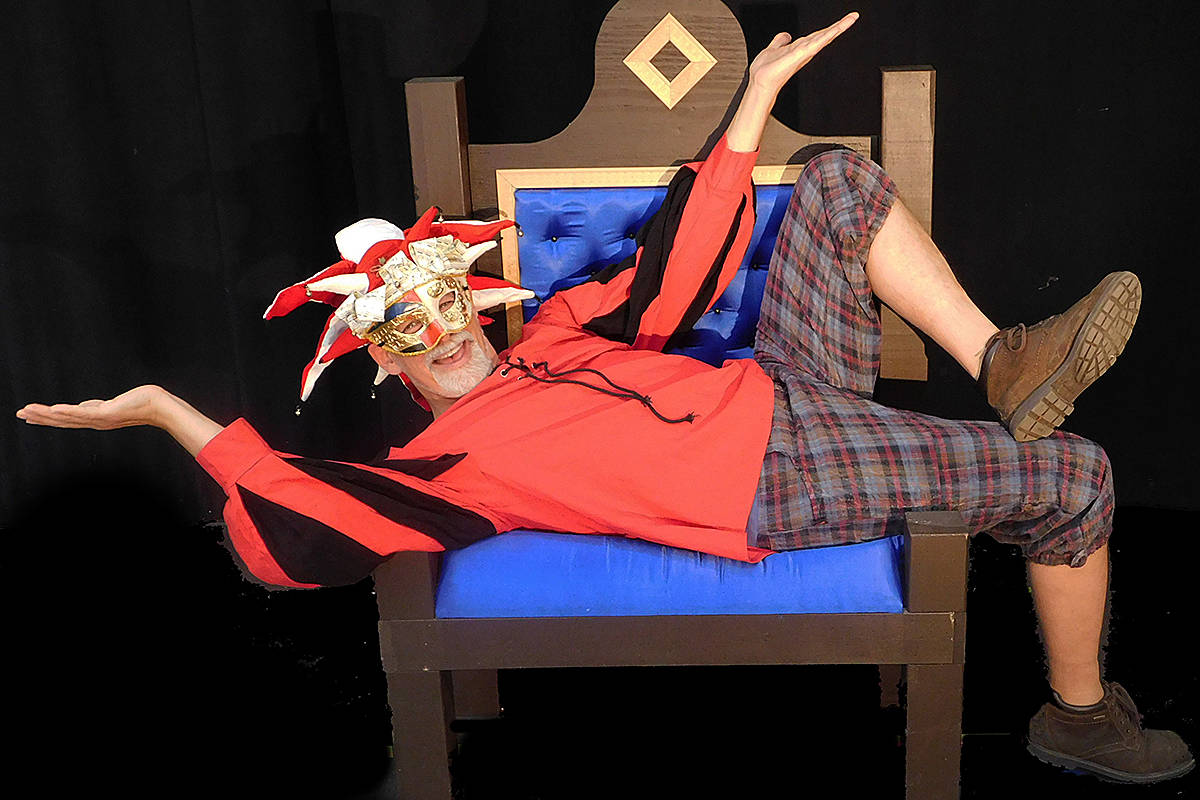 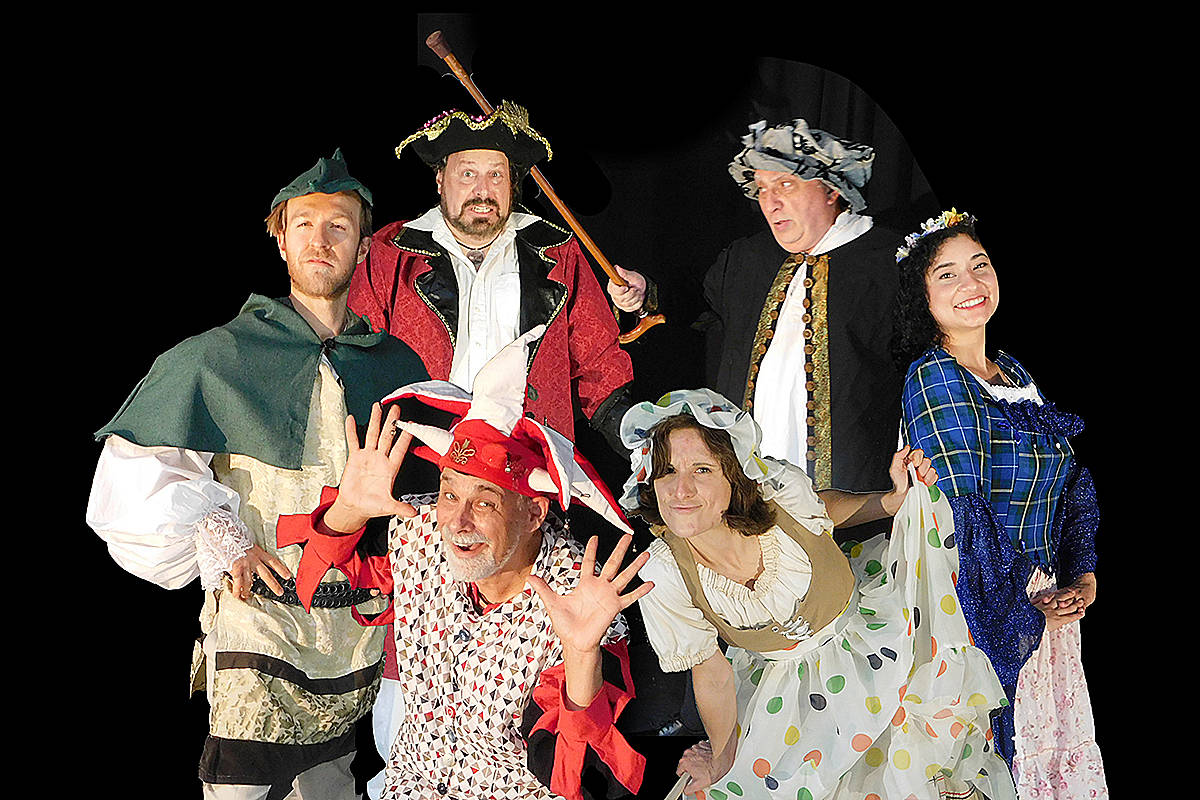 A new theatre group launches with the production of The Silly Adventures of Robin Hood at the Fraser Valley Cidery this weekend in Langley. (Geoff King/Special to Langley Advance Times) 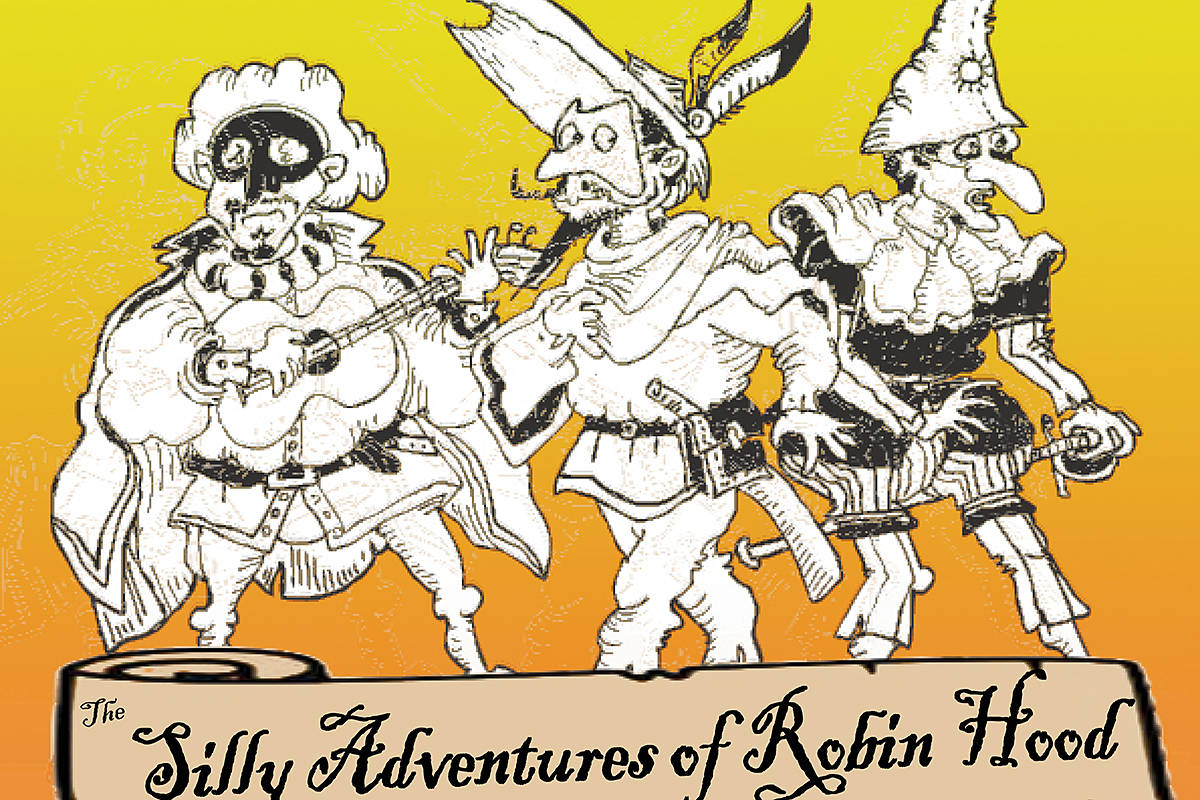 The Silly Adventures of Robin Hood comes to the Fraser Valley Cidery this weekend in Langley. (Special to Langley Advance Times)