A Fort-Langley woman penned down her roller coaster love story, and it is as romantic and filmy as it could get.

The Choirboy and the Bellydancer, a memoir by Christine Potter is a Valentine to her husband, Christopher Potter, will take readers through international wars and across nations before bringing them back to Fort Langley, where the couple found a cozy place to call home.

A true romance tale of teenagers who met in the United Kingdom and fell in love at 16, the memoir includes tales from Christine’s life as a belly dancer in the Middle East.

Born near the end of the Second World War, Christine and Christopher, a choirboy, worked together in a shop as teens. When a landlord kicked out Christine for scaring off her elderly roommate through her interest in horror stories, she had nowhere to go. Young Christopher convinced his family to allow her to live in their home.

Soon after the duo fell in love, Christine moved to the Middle East at the age of 17 to join her father and became a belly dancer – a move that got her father fired from his civil engineering job. She returned to the U.K. and “picked up” her relationship with Christopher where they left off.

The book vividly describes the war era when Christopher’s home was bombed, and he was buried under the debris only to be found by a fireman who initially mistook baby Chris as a cat.

The couple immigrated to Canada in 1965, and moved to Fort Langley in the ‘80s.

“We love it here [Fort Langley] and we have made such good friends,” said Christine.

The couple recently celebrated their 57th wedding anniversary – 38 of their years together, living in Fort Langley. Not a bad run, considering the relationship was predicted to last for six months when they met in the 1960s.

“It is one day at a time in our relationship and that is our philosophy,” said the couple.

Now retired, the 78-year-old globetrotting author has worked as a travel journalist in the past.

The stay-at-home period because of the COVID-19 pandemic offered Christine the time and opportunity she was looking for to pick up her passion for writing and to self-publish her work.

The Choirboy and the Bellydancer is available online at Amazon and might soon be available in the local book stores. Christine said that some booksellers are showing interest in working with her.

An avid reader, Christine said she reads “pretty much anything and everything.”

Some people who bought the book even knocked on Christine’s door to get their copies signed. Her book is available online in Canada, England, and Australia, but the author is yet to receive one for herself.

“I haven’t got one for myself yet. It is very very frustrating,” said Christine chuckling. 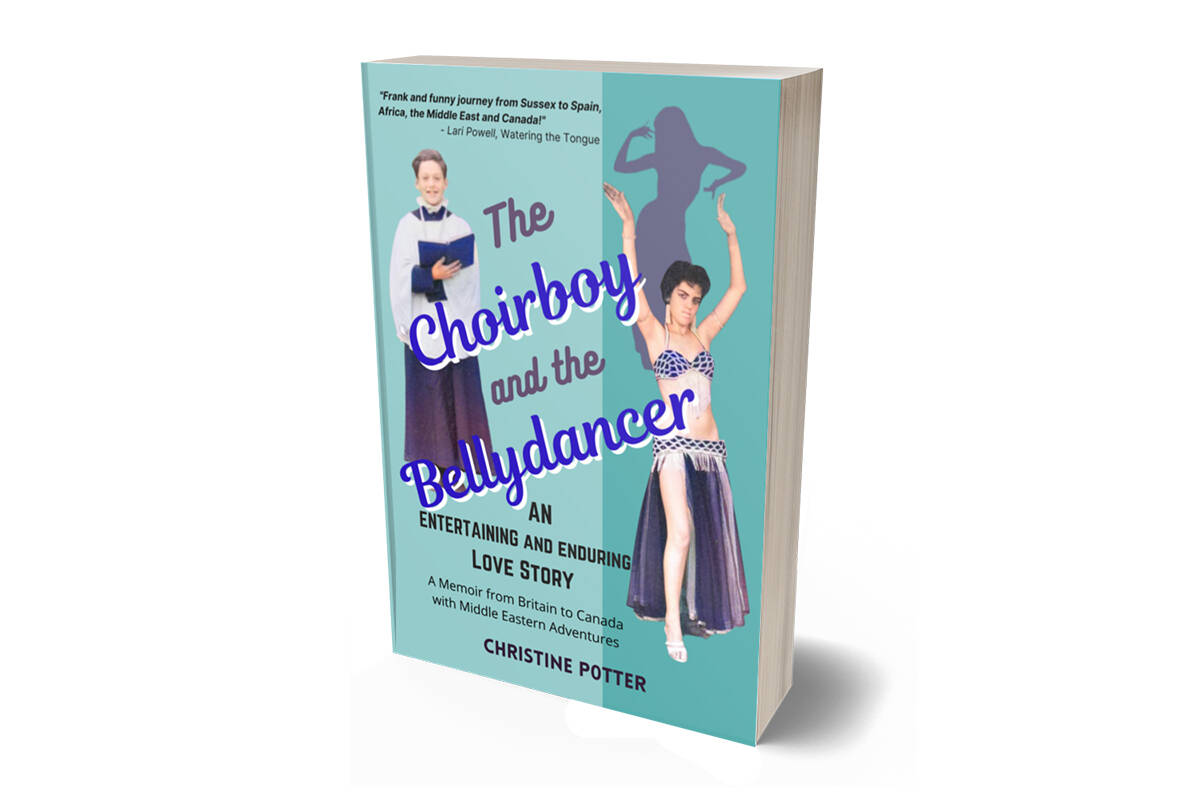 The Choirboy and the Bellydancer is a memoir written by Christine Potter. It is a love story of the Fort Langley couple who met in the U.K as teenagers and moved to Canada in late ‘90s.

Valentine’s Day movie review: ‘Marry Me’ is a rom-com tailor made for Jennifer Lopez