Not gonna lie, I’m probably the most excited about releasing this single “Drinkin’ Song” than I have been about any other release.

Right about now, Langley musician Karen Lee Batten is needing some fun, and releasing an upbeat party song Friday was her way of achieving it.

“Not gonna lie, I’m probably the most excited about releasing this single ‘Drinkin’ Song’ than I have been about any other release,” she shared with Langley Advance Times.

Her latest song, co-written with Jeff Johnson and Mitch Merrett, is about an ex.

“Inspired by the ups and downs of a past relationship, it’s a sing-along anthem for when life’s curveballs call for a loud bar, a stiff drink, and a good laugh,” she said, noting Johnson (Madeline Merlo, Meghan Patrick) and Merrett (Langley frontman for Black Mountain Whiskey Rebellion) were instrumental in not only writing but producing ‘Drinkin’ Song.’

“Sometimes you just have to laugh at the past and pour a stiff drink about it, so that’s what we did! I hope you love it,” Batten said.

Her newest single, which is expected to hit Canadian radio on April 26, was released to digital platforms Friday. An official music video is also due out soon.

It has been described as an “intoxicating blend of traditional country sass topped off with the musical equivalent of a lightning shot of moonshine.”

Batten laughed at the description, but found it flattering and on point.

“We wrote ‘Drinkin’ Song’ as a party tune to remind us that lettin’ loose is a must in order to take us away from what’s not working. We don’t always need a sad song to get us through the rough times. In country music, we like to think that the answer for everything is in a honkytonk bar – where you can raise your glass, sing along, and have a wicked time with your crew.”

I love to finally say these words about this song!!! "Drinkin' Song" Pre-Save Now!!! 👇https://t.co/x2gpUil8ci
Click on link 👆 and pick your preferred music service… then share share share xoxo. Thanks for the love everyone, now more than ever!! 🎧 pic.twitter.com/euZNCEzmCW

The process of co-writing the majority of the songs on the EP has been a creatively rewarding experience of inspiration and reflection for Batten – with ‘Drinkin’ Song’ being just the latest example, she said.

“While ‘Drinkin’ Song’ comes from a challenging time, the process of bringing it to life made me realize – and celebrate – just how far I’ve come. I hope people can listen to it and be grateful for turning their own hard times into good times,” Batten added.

Her Too Strong EP is due out this fall.

Batten, it turns out, isn’t the only Langley artist releasing some new tunes this month.

‘Sittin’ On A Corner’ is the second song released by this relatively new band.

“Today’s the day ladies and gents, we present to you, the second song to join our catalog,” said Meehan.

While Me and Mae is a country band, the limitations of COVID and restricted gatherings prompted Meehan – a 51-year-old Walnut Grove musician, to revisit his rocker side. Last summer he put the country music on hold and alongside Ladner’s percussionist Rod Senft, and Mission bass and vocalist Jay Wittur, decided to let off a little steam – rock style. 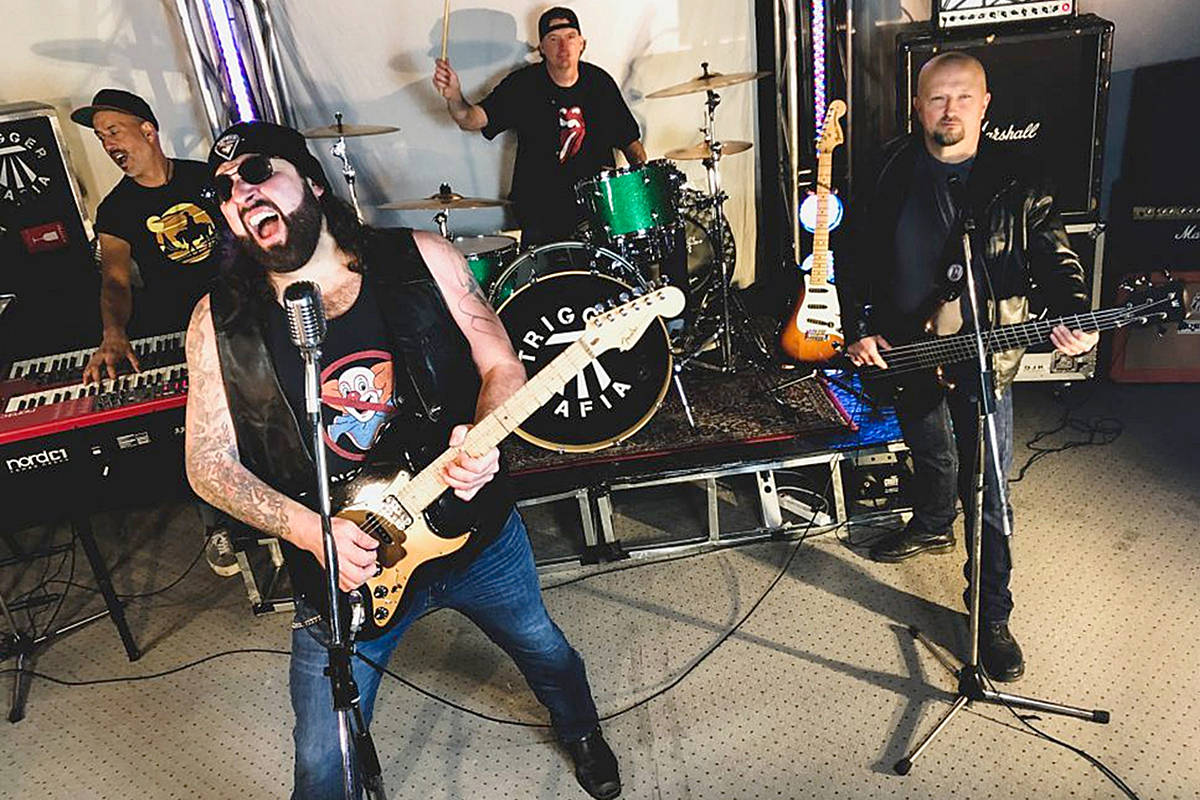