Don’t look now, but Giants goaltender David Tendeck has stopped 80 of the 83 most recent shots fired his way.

The 18-year-old NHL draft eligible goaltender stole the show Friday night in Portland with a 37 save shutout – His first in the Western Hockey League.

Meanwhile, Brendan Semchuk scored in the third period to help the Giants to a 1-0 victory over the Western Conference leading Winterhawks. It marked the second victory in a row for the Giants against the Winterhawks and helped vault them back over .500 for the season.

Three days removed from a 5-3 loss in Langley, the Portland Winterhawks weren’t a happy bunch and it showed early on, said Giants play-by-play broadcaster Dan O’Connor.

“They dictated the play in the first period outshooting the Giants 14-5. David Tendeck had an answer every time though, and the game remained scoreless after one period,” he elaborated.

Jason McKee’s Giants started strongly in the second period holding the Winterhawks to only one shot on goal through the first eight minutes.

But offensively the Giants didn’t generate much either as Winterhawks goaltender Cole Kehler made the saves when necessary.

Portland pushed back in the final 10 minutes of the middle period, but Tendeck wouldn’t relent, allowing the North Vancouver netminder to once again steal the show.

His best sequence of saves came late in the period when he denied both Skyler McKenzie and Cody Glass on point-blank chances. Shots were 25-11 favoring Portland through two periods but the score was still 0-0.

The only goal of the game came at 12:16 of the final period off the stick of Giants forward Brendan Semchuk.

Dylan Plouffe held the puck in at the left point, moved to the middle and fed a pass to Semchuk who was open on the left-wing. Semchuk skated into the left circle and placed a low shot through Cole Kehler and home for his eighth of the season, matching his previous season high for goals.

From there, Tendeck and the Giants kept the door shut.

Defensively the Giants came up with some key blocks and key zone clears in the late stages of the game and held on for the 1-0 victory.

They are now five points ahead of the Kamloops Blazers for third place in the B.C. Division standings.

The Giants return home to face the Kootenay Ice on tonight (Saturday, Dec. 9) at the Langley Events Centre. The puck drops at 7 p.m. Click here for ticket information. 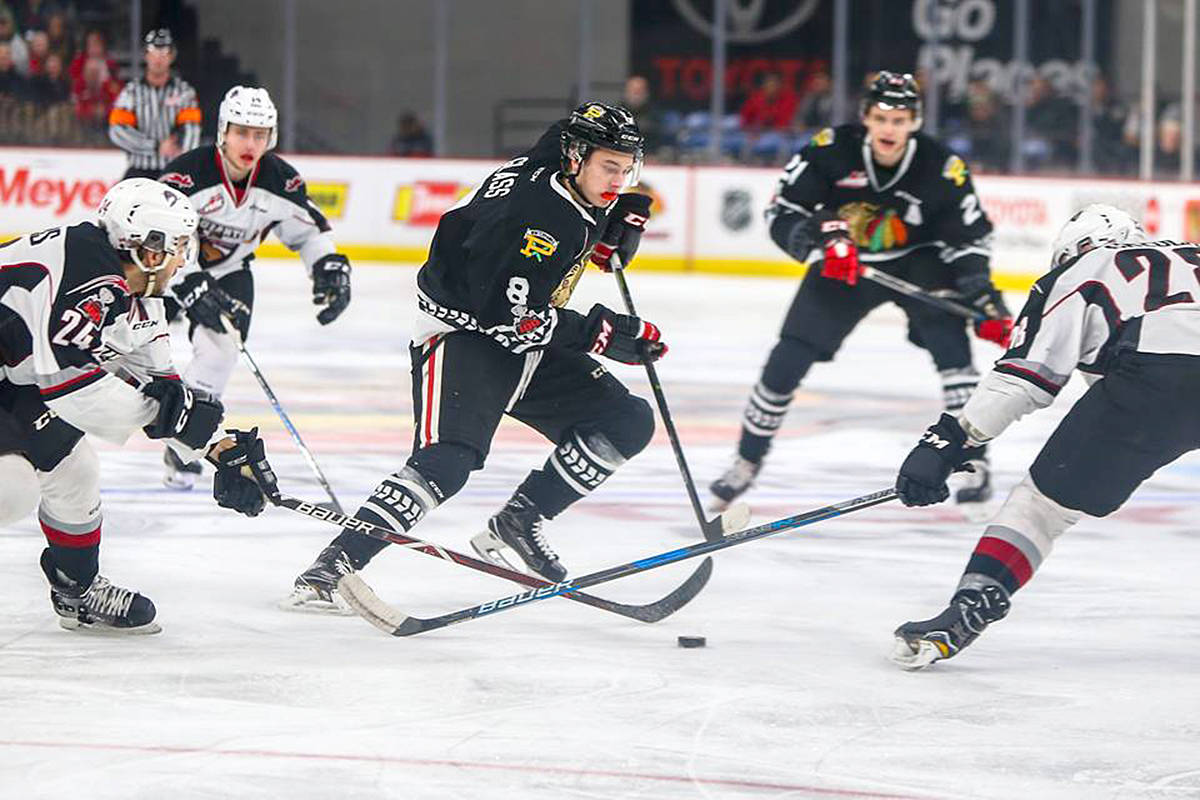