A controversial cannabis greenhouse in Aldergrove is generating noise complaints from nearby residents who say they are having trouble sleeping because of the sound generated by the 1.3 million sq. ft. Canopy Growth marijuana growing facility near 264th St. and 4th Ave.

May Leeper described it as an “unbearable” round-the-clock “droning” sound that can be heard even with the windows closed.

“The noise goes on all night,” Leeper told the Langley Advance Times.

She and her neighbours have complained to Canopy, which responded by saying the greenhouse is within municipal noise limits and suggesting the problem might lie elsewhere.

In a letter to Leeper and other nearby residents, the company said their employees conduct regular noise checks.

“We assess eight times daily (every three hours) the sound generated from the farm at six checkpoints throughout the neighbourhood,” the message stated.

“Our average monthly readings for the past 12 months are well below the standards prescribed by local by-laws,” it said.

“As a result of your correspondence, we have reviewed the data from the past 250 assessments and at the checkpoints closest to your homes found the average reading to be 42 dB – below the standard set out in municipal by-laws.”

It added there are “many sources of sound that would contribute to these readings and that our farm is not the only source of sound in the area.”

Leeper said it appeared the grower was referring to the work on 264th St., which is being widened to accommodate more traffic through the Canada-U.S. border crossing.

She doubts that is the source, noting the road crews, with the exception of some late-night paving, only work during daylight hours.

Leeper and her neighbours have been clashing with Canopy ever since the company bought the greenhouse and began converting it to grow newly-legal recreational marijuana.

Most of the complaints concern the odour, with the neighbours saying that the smell from the facility is overpowering and interfering with their ability to enjoy their own homes.

At their behest, Langley East MLA Rich Coleman, together with Delta South MLA Ian Paton, has called for a federal crackdown, saying smelly marijuana greenhouses must either fix the problem or be closed down.

In a joint letter sent this summer to federal Attorney General David Lametti and Health Minister Ginette Petitpas, the two Liberal MLAs said they are writing to “lodge a formal complaint” on behalf of their constituents about the “constant odour being emitted by licensed cannabis businesses in our riding.”

They argue that under the federal regulations, greenhouse operators who grow marijuana must do more to control odour emissions.

Under “good production practices” the regulations call for “a system that filters air to prevent the escape of odours.”

“The legislation says they have to control it [odours],” Coleman said.

“I want the law enforced.”

The letter listed four “locations in need of of immediate enforcement,” three in Delta and one in Langley, the Canopy Growth greenhouse.

On Tuesday, Coleman said there had, as yet, been no response to the letter. 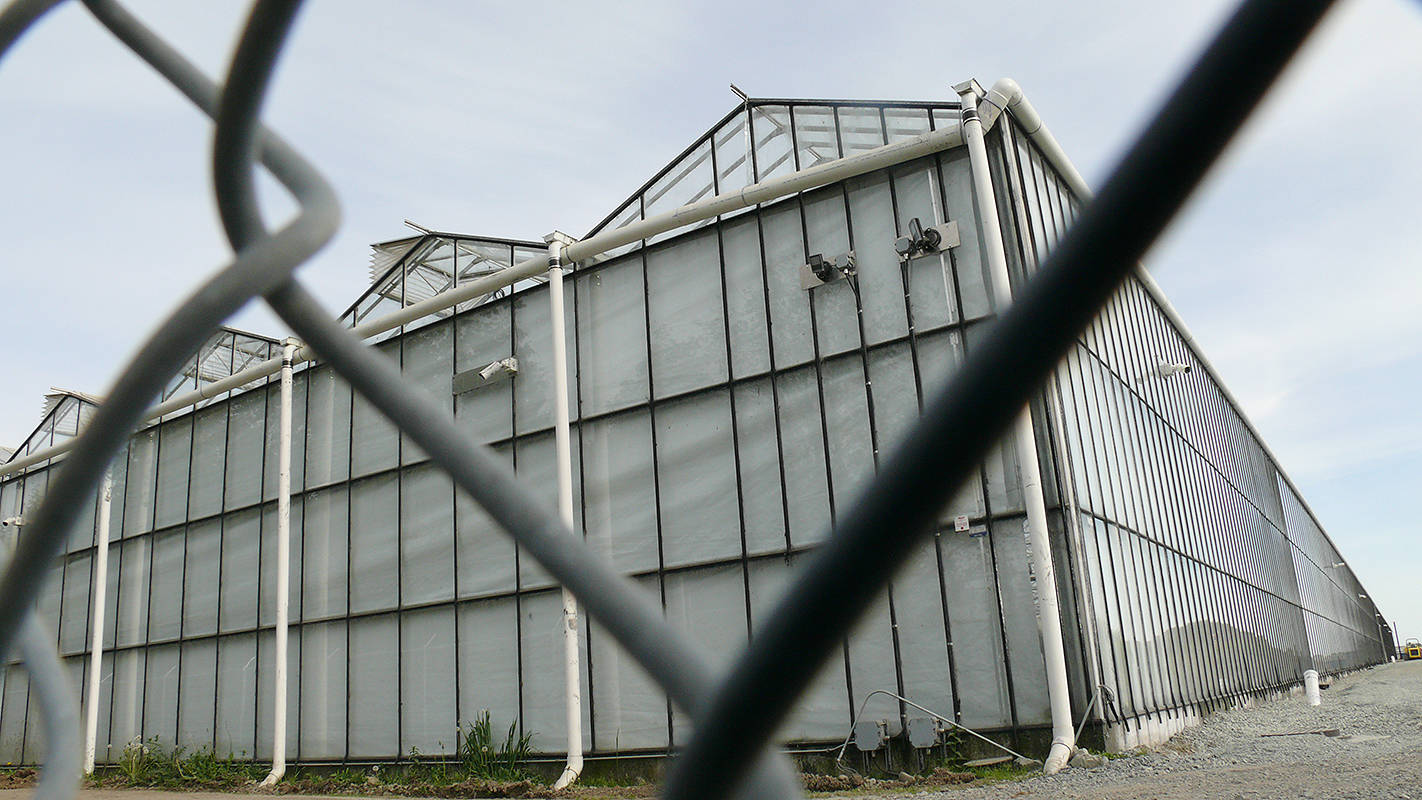 The Canopy Growth marijuana greenhouse in Aldergrove has been a magnet for controversy ever since it was purchased by Canopy Growth and converted for cannabis, with residents complaining about the smell and the noise. (Dan Ferguson/Langley Advance Times file photo)