Langley RCMP took a man with a replica gun into custody after a takedown near the Value Village downtown on Friday afternoon.

Calls of a man with a gun brought a swarm of police cruisers to the Highland Plaza mall just after 2 p.m.

Officers on the scene found there had been an altercation between two men, one of whom had pulled what appeared to be a handgun, said Staff Sgt. Loi Ly, of the Langley RCMP.

Police apprehended the man who had the replica handgun and located the other man who had been invovled in the altercation as well, said Ly.

One man appears to have been taken into custody, but could be overheard saying “you’ve got the wrong guy,” to police.

“There is no outstanding suspect,” Ly said. “We have located all parties.”

That means there is no longer any concern for public safety, said Ly. 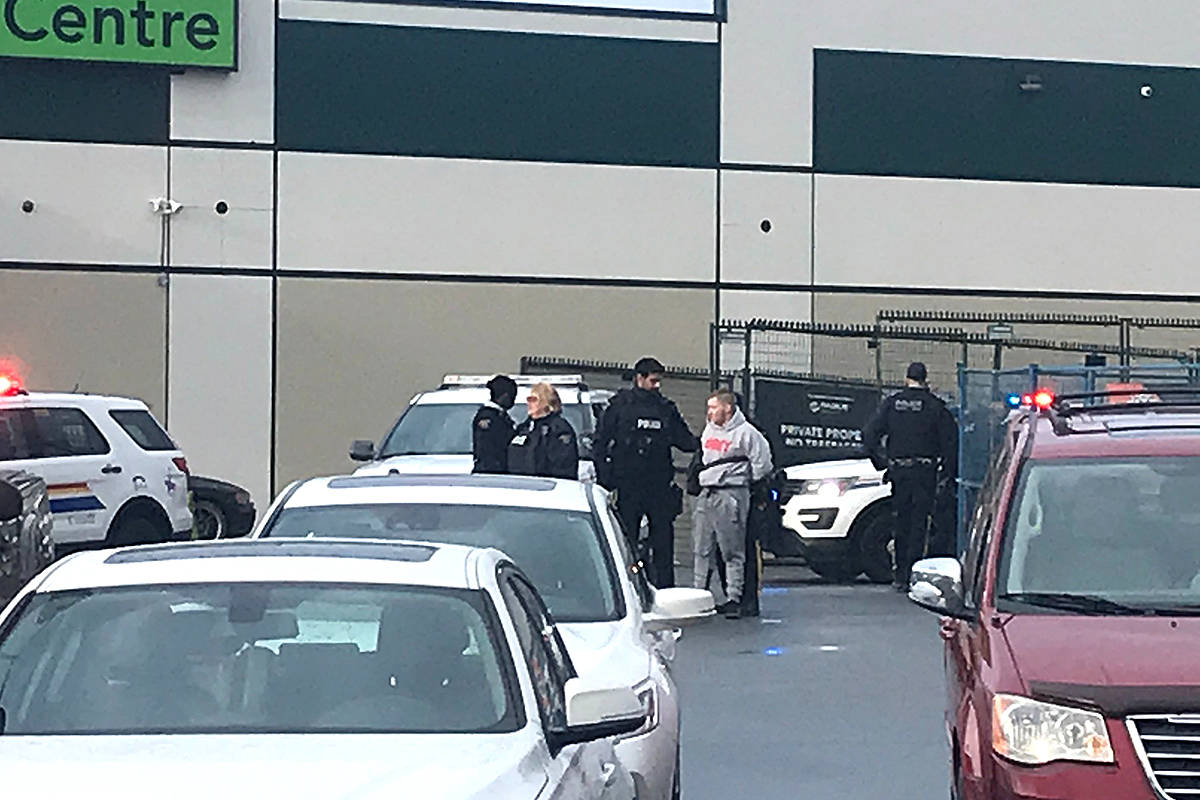 One man involved in an altercation – who had areplica hand gun – was arrested ar the scene. (Sarah Grochowski photo)