Yet another sharp rise in the assessed value of the Masonic Hall in Langley City could force the sale of the 93-year-old building at at 20701 Fraser Hwy., according to a director of the non-profit Eureka Society that operates the hall.

“Everybody [on the board] was just aghast,” Stuart told the Langley Advance Times.

BC Assessment Authority figures show the assessed value has quadrupled since 2017, when the estimated value was $1,223,000.

Because municipal taxes are based on the assessments, the amount the hall has had to pay has also gone up, rising to $26,000 last year.

Stuart said the society was barely able to cover their tax bill last year, and if the latest jump in the assessed value translates into another sizable tax increase, it could force the sale of the building.

“It would drain us of everything we have and then some.”

He said the society is looking into appealing the assessment and has sought legal advice.

“We can’t wait around to see what the taxes are going to be.”

READ ALSO: VIDEO: Assessments may be going down generally, but not in one Langley neighbourhood

Proximity to for-profit properties appears to have contributed to the hike, Stuart added.

When the society spoke to an appraisal officer in Abbotsford, he maintains they were told the increase was because they were next to three commercial properties.

“To us it appears that we are being assessed, and therefore taxed, on the potential of the property, and not the present use,” Stuart observed.

“Nowhere are we listed as commercial, and yet we are assessed as such.”

On the top floor of the hall is the meeting space used by local Freemasons, while the main hall on the ground floor is rented out for a wide variety of events ranging from artists, to holiday markets, memorial services, and banquets.

Stuart provided a copy of the BC Assessment report that shows that the “Eureka Temple Society” property tax assessed value went up 101 per cent, compared to the average Langley City increase of 37 per cent.

Built in 1927 in what was then Langley Prairie, before Langley City split from the Township, the hall ended up on the wrong side of the boundaries between the two Langleys, so far as potential tax breaks are concerned, Stuart believes.

“It has been brought to the attention of the directors that if, during the division of the City and Township boundaries, our property had been placed in the Township that we would, as a community hall, qualify for a property tax exemption,” Stuart recounted.

“The City, in their infinite wisdom, does not allow for this reality.”

In the past, the society has considered against seeking a heritage site designation for the building, but the idea has been voted down every time it was proposed because it would mean restrictions on the type and extent of renovations, such as the re-do of the exterior facade last year.

Stuart said they may take another look at the idea, given the assessment situation.

Langley City mayor Val van den Broek said the City has invited the hall to apply for a tax exemption.

”City Council considers permissive tax exemptions for not-for-profit property owners in the fall each year and the City has to advise the BC Assessment Authority by October 31 of any exemption for the following taxation year,” the mayor explained. 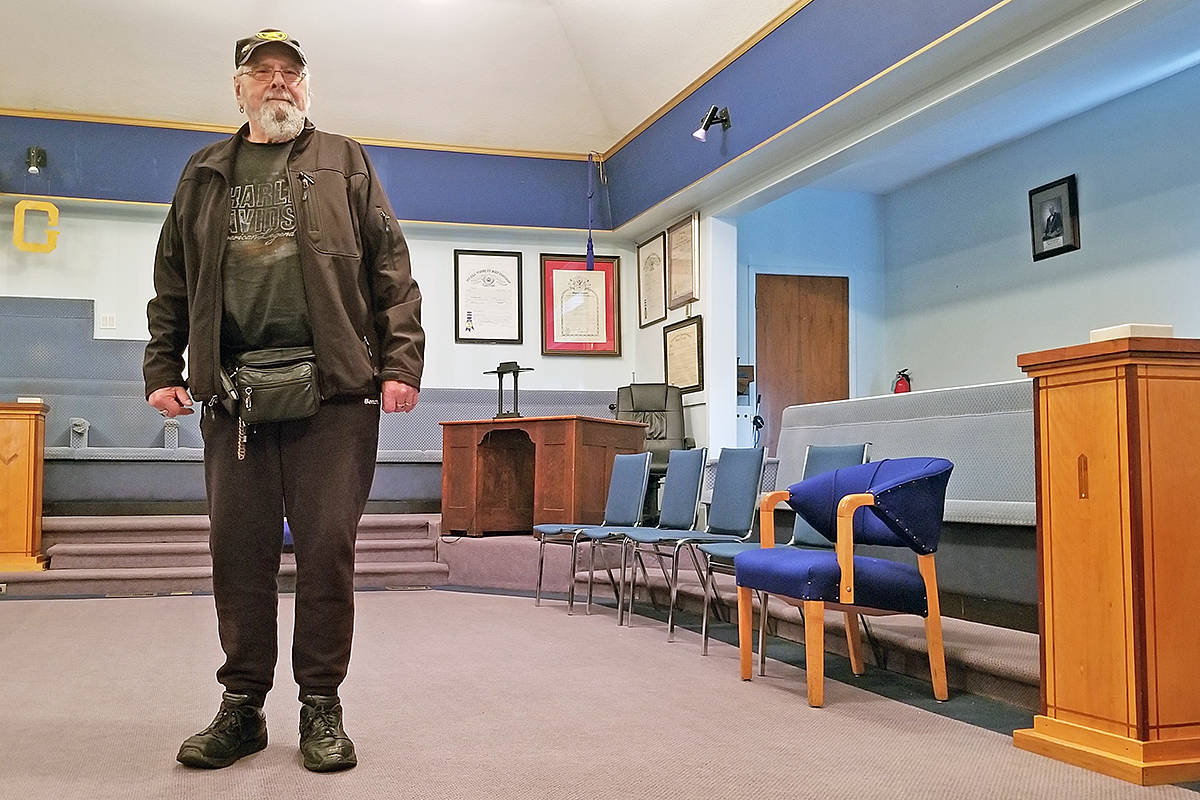 Warren Stuart, a director of the non-profit Eureka Society that operates the Masonic Hall in Langley City, stands in the second-floor meeting room used by the Langley Freemasons. Another jump in the assessed value of the 93-year-old building in Langley City could mean a tax hike that would force the society to sell the property at 20701 Fraser Hwy., Stuart warned. (Dan Ferguson/Langley Advance Times) 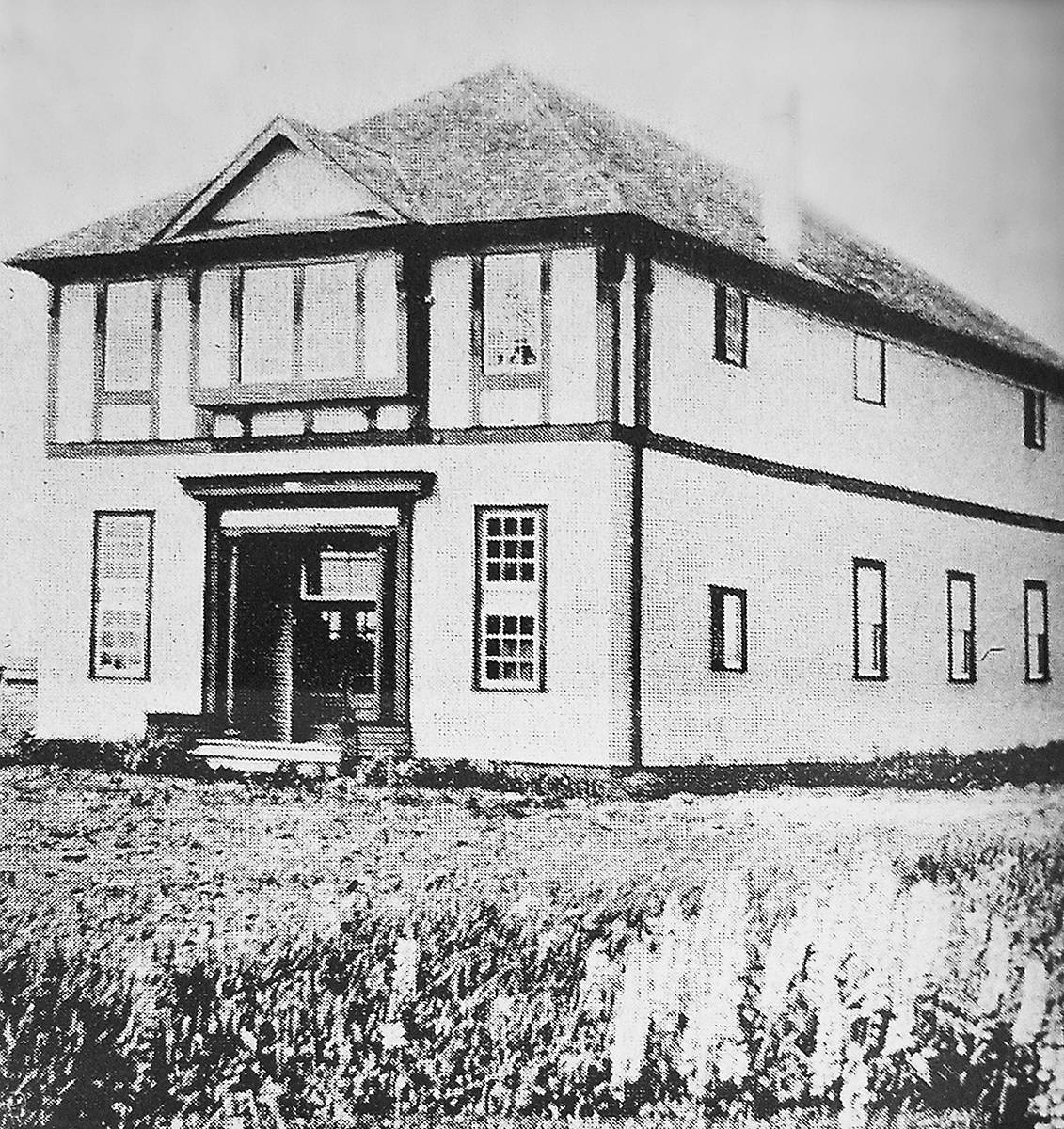 A photo shows the Masonic Hall in January, 1927, shortly after it opened in what was then known as Langley Prairie. (Freemasons archive photo) 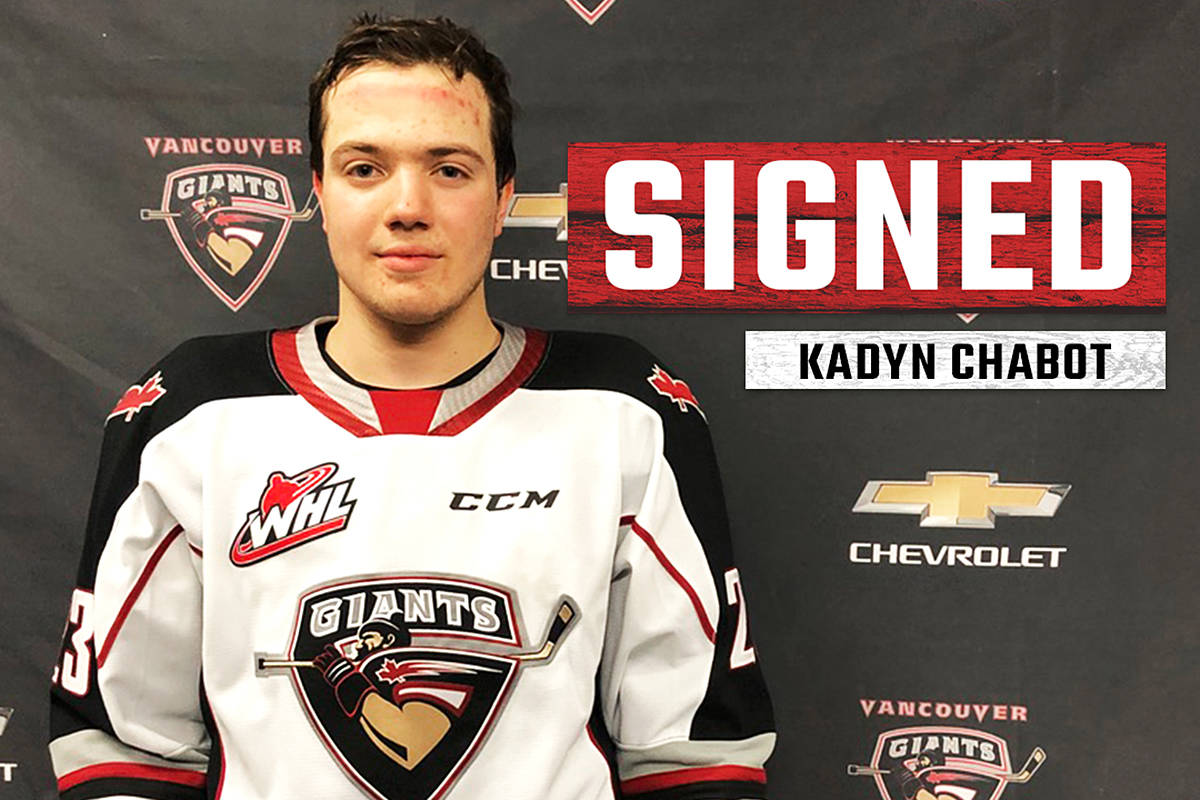