Langley honoured Canada’s war dead and living veterans at a relatively small ceremony in Murrayville, along with virtual ceremonies in Langley City, Fort Langley, and Aldergrove on Thursday, Nov. 11.

Murrayville was the only of the four major cenotaphs around the community to offer a relatively large-scale event. While the event was much smaller than before the pandemic, several hundred people attended, mostly masked.

– Scroll to bottom for more photos

Fidel and Racquel Josol have three children serving currently in the Canadian Forces, with two sons in the Navy and their daughter in the Air Force.

But that isn’t their main reason for attending, said Racquel. the important thing for them is to remember what the military did to fight for Canada, and for peace.

“We always find time during this day,” said Fidel Josol.

Grace Muller, a member of the organizing committee and the MC for the event, said she was excited to see the return of people for an in-person event.

She said Murrayville Cemetery was the idea venue, as it had a lot of space to spread out, and organizers had made sure the sound system would be able to reach everyone. The ceremony was also broadcast online.

The ceremony is also personal for Muller, who was born in the Netherlands during the Nazi occupation. Her father was in the Dutch underground, and she grew up hearing stories of the Canadian soldiers who liberated much of the Netherlands.

“Remembrance Day to me is always very special,” she said.

If the Netherlands hadn’t been liberated, she or others in her family might not have survived the occupation.

“I’m grateful to the Canadian Armed Forces, for being here.”

The service featured the singing of O Canada and Amazing Grace by Krysal McEwan, piping by John McCallum, and Bugling by Brian Parkinson.

A replica SE5 from the Canadian Museum of Flight flew over the ceremony, as did the Fraser Blues precision flying team.

Langley also saw ceremonies at Langley City’s cenotaph, at Aldergrove, and at Fort Langley, but those had restricted numbers of people or were livestreamed.

In Langley City, after the service was over, families and individuals came to lay their poppies on the cenotaph privately. 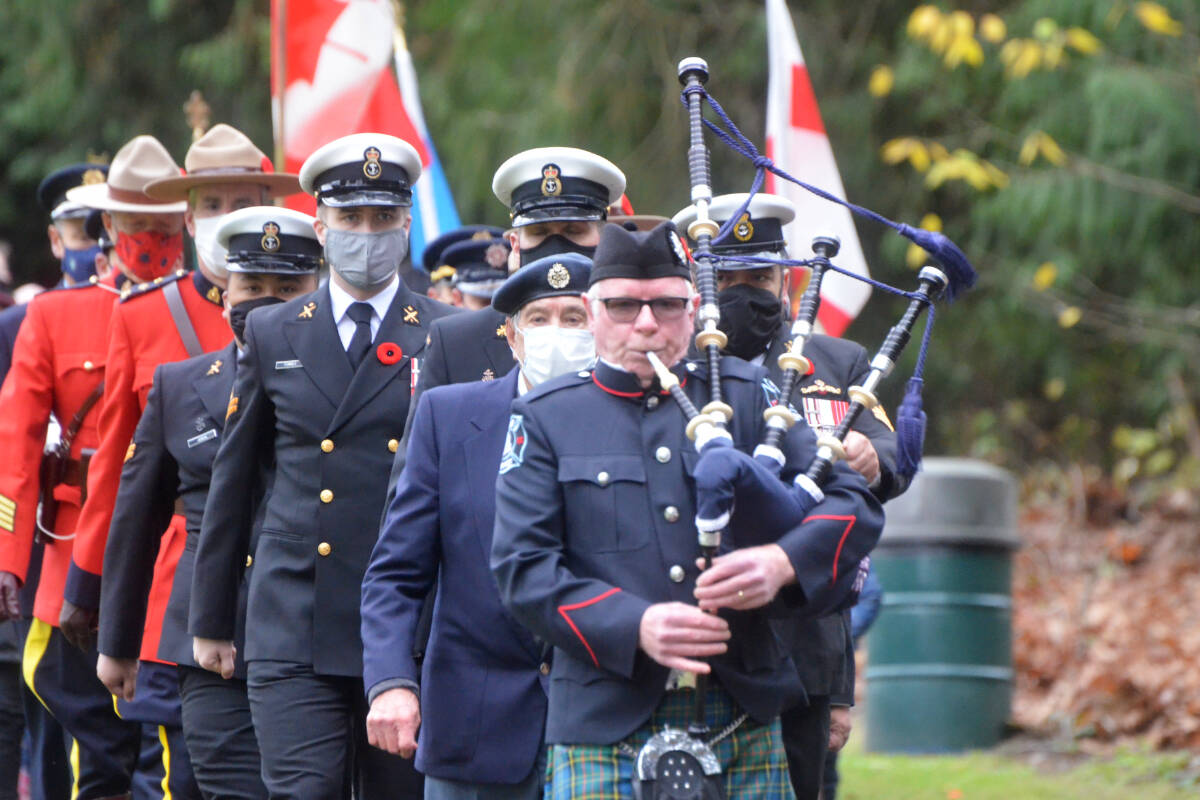 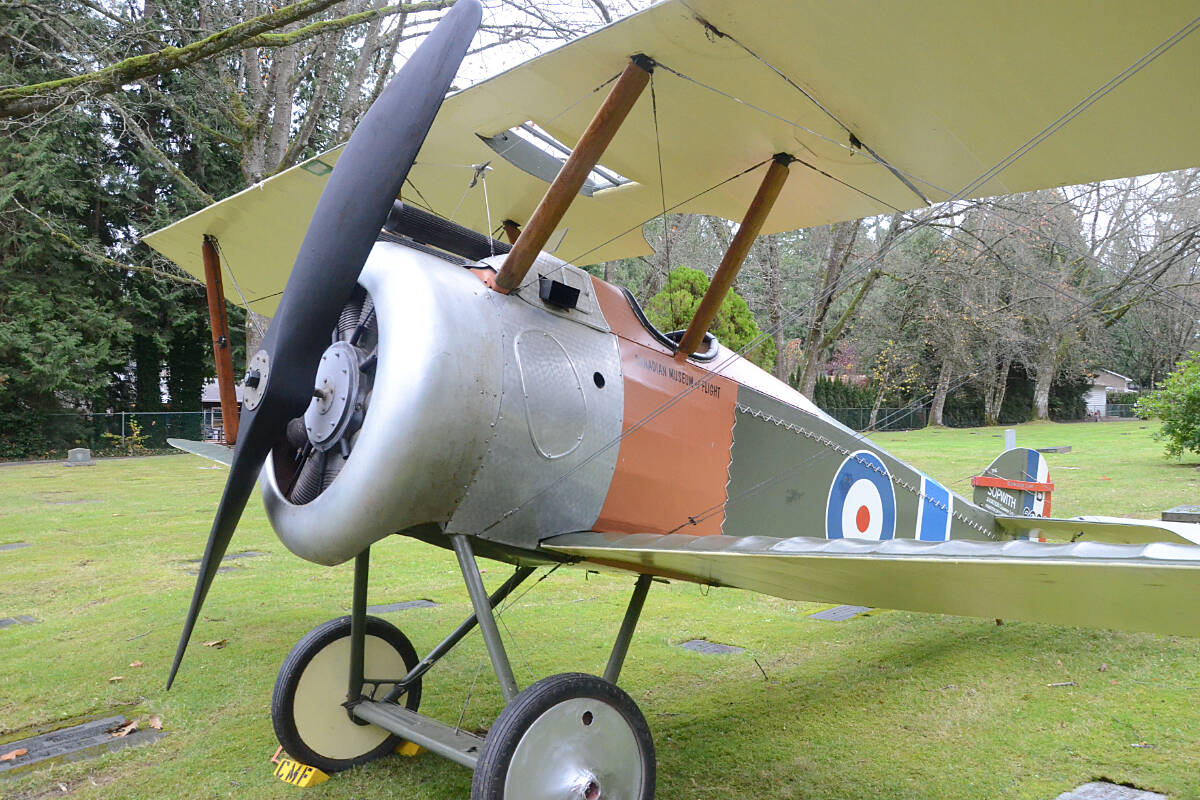 A replica Sopwith biplane, the kind that would have been flown by the Royal Flying Corps in the First World War, was on display near the cenotaph. (Matthew Claxton/Langley Advance Times) 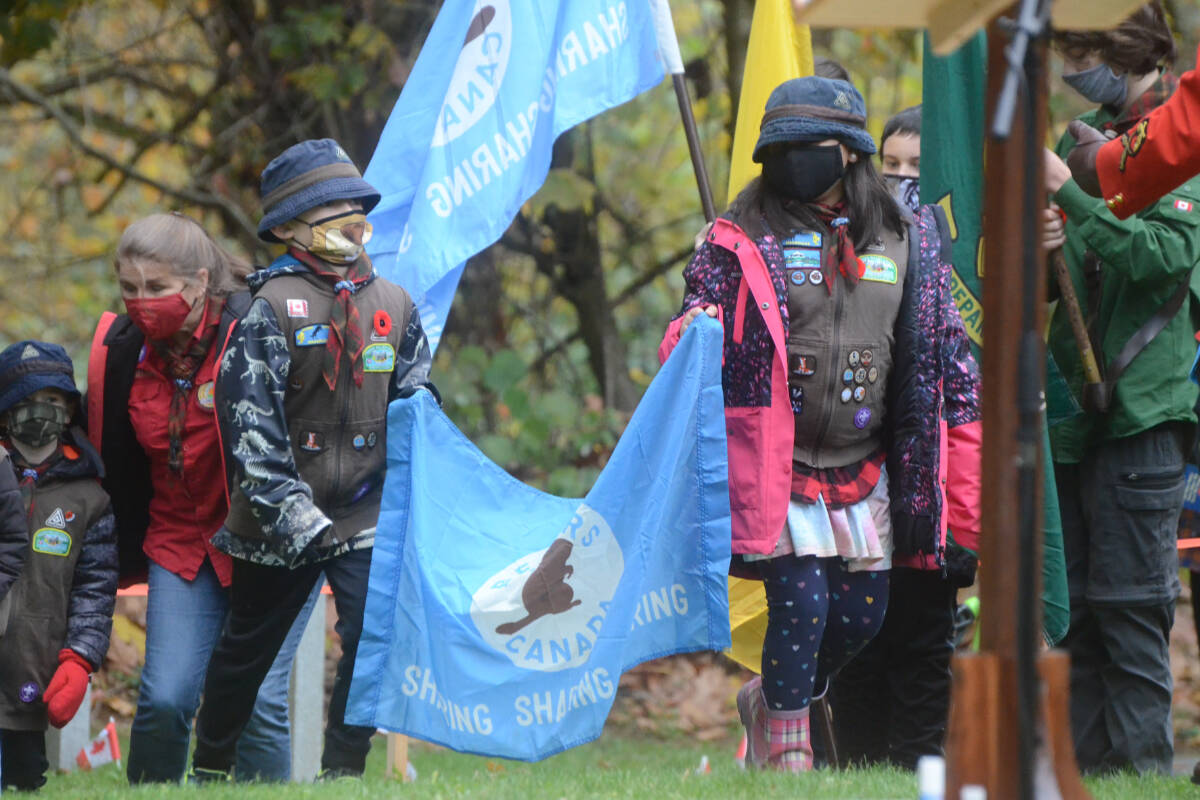 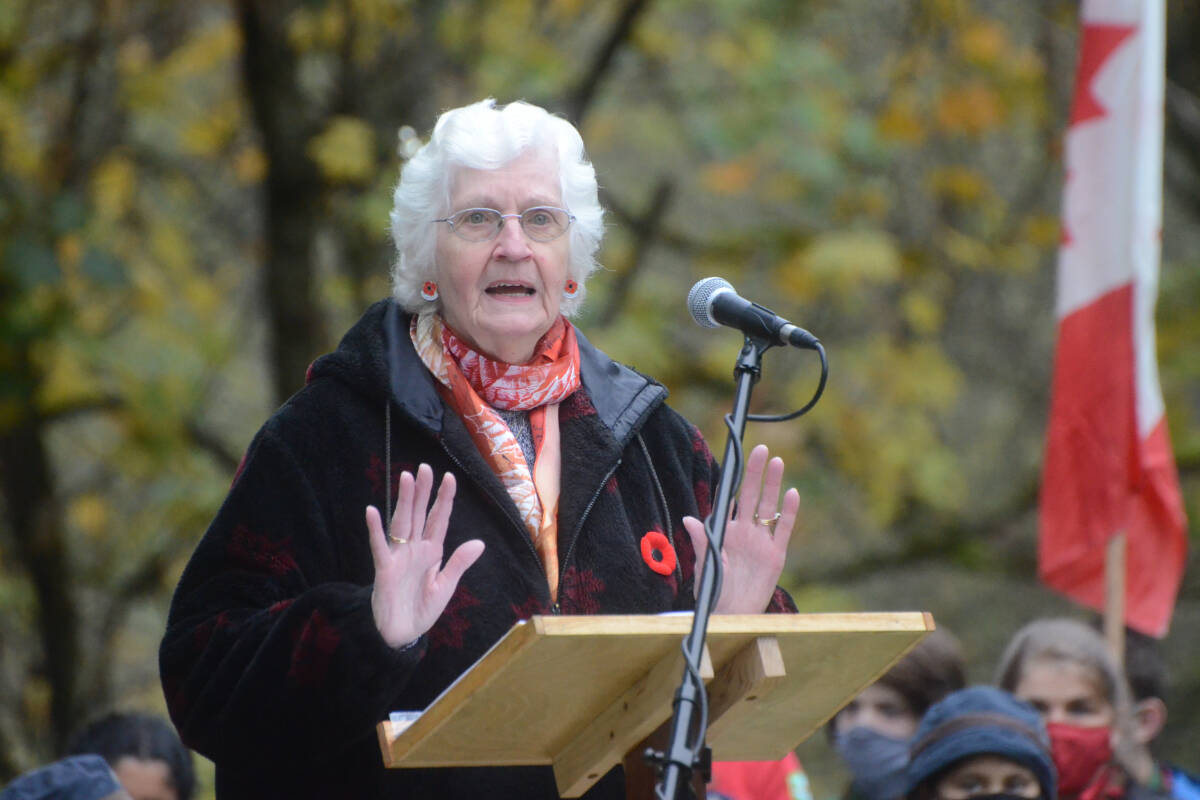 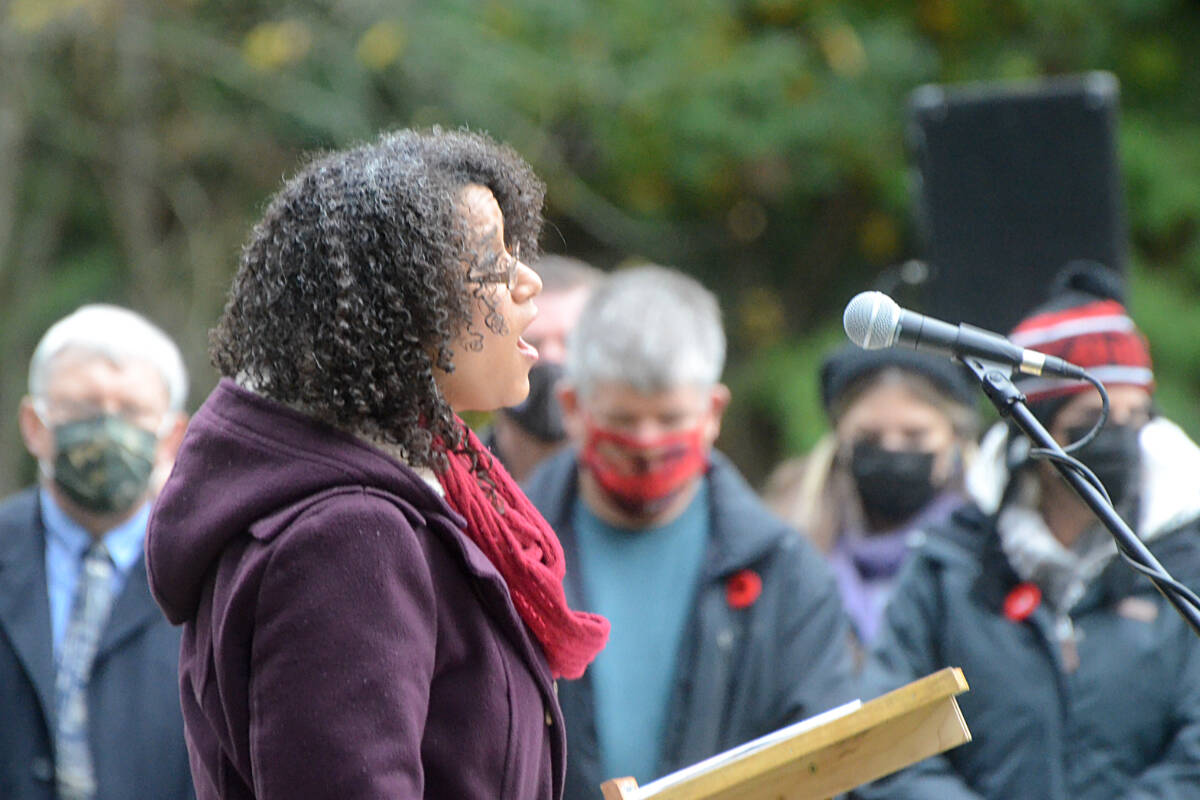 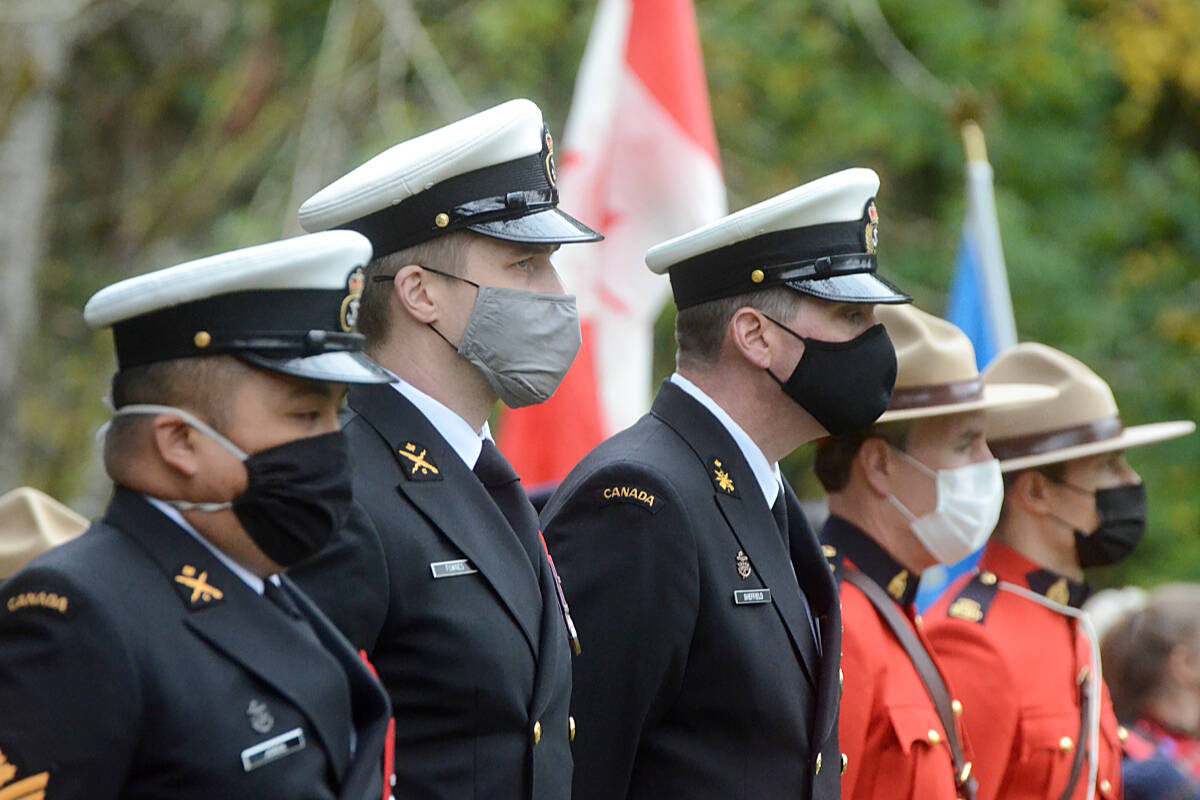 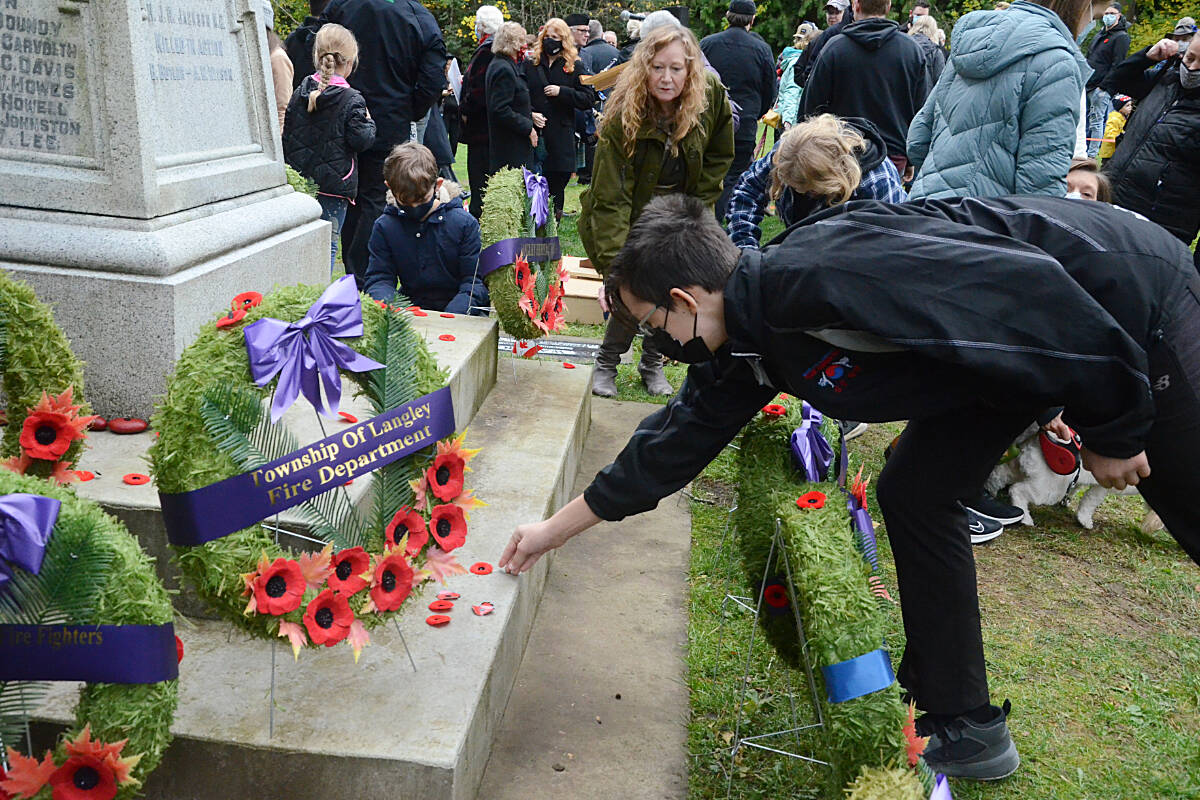 After the ceremony, people placed poppies on the cenotaph. (Matthew Claxton/Langley Advance Times) 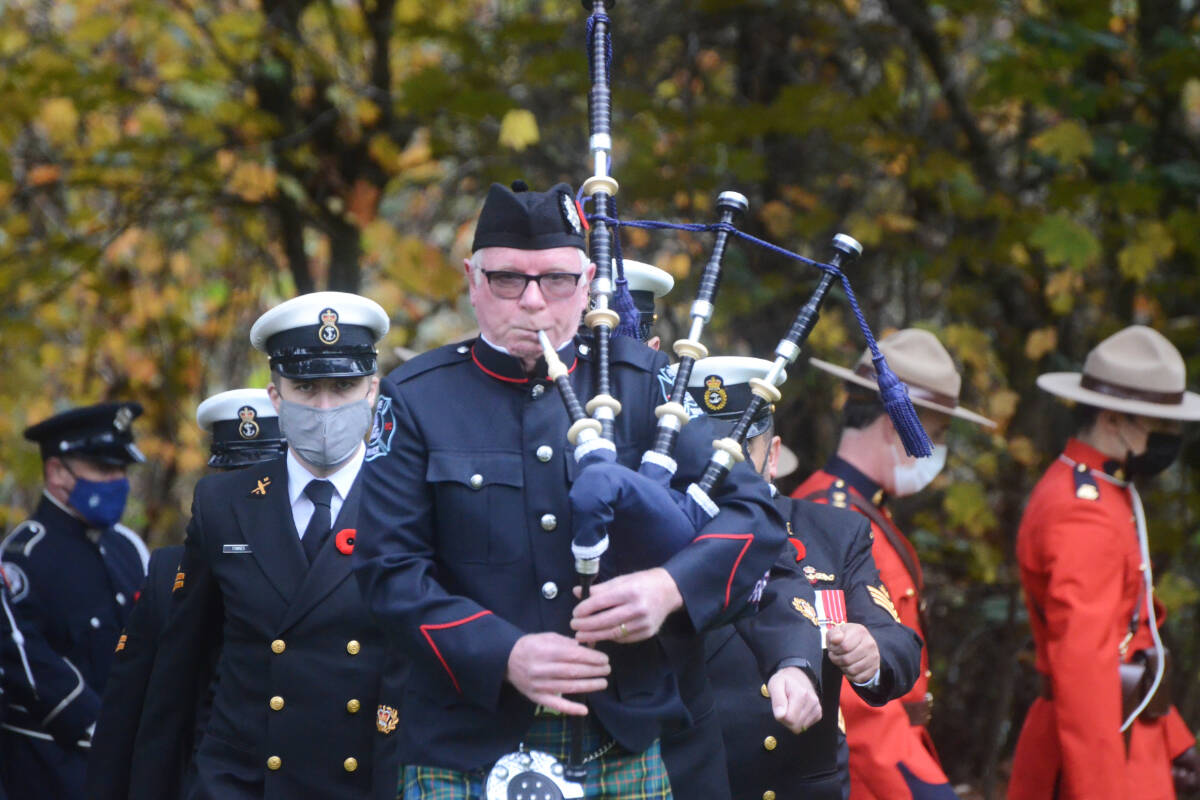 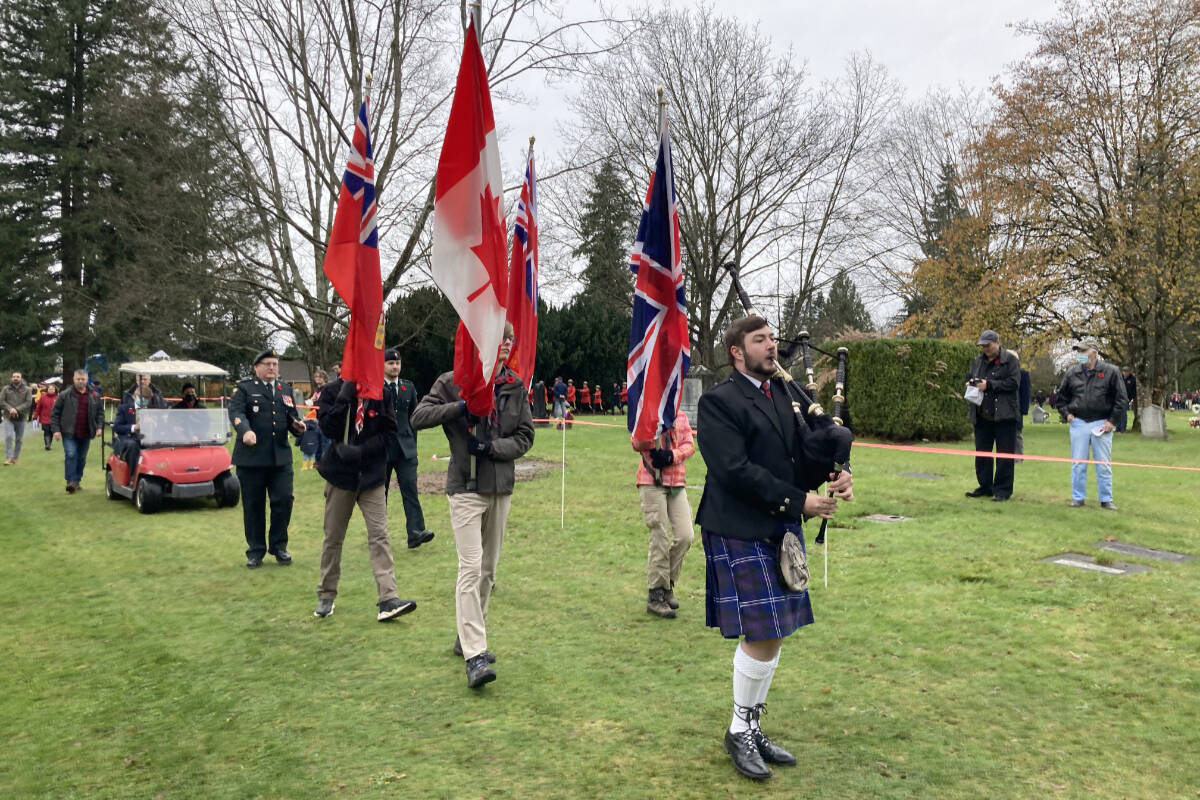 A smaller ceremony, with few spectators, was held at the cenotaph at Fort Langley. (Roxanne Hooper/Langley Advance Times)

105 containers that fell from cargo ship near B.C. believed to have sunk: coast guard