A day that started off terribly after a teen’s bike was stolen during his Starbucks shift has had a happy ending after all.

A bike gifted to Abdalla Ahmed by his foster parents was recently stolen while he was working at the coffee shop.

The 18-year-old came to Canada just over one year ago when he crossed the border from the United States to seek asylum from Iraq. He’s been living in a foster home ever since and his parents gave him the bike so he could get around.

He locked his bike outside on the patio railing just before starting his shift at 4:30 a.m.

A few hours later a colleague of Ahmed’s went outside to the patio to set up the tables and chairs and discovered his broken bike lock.

“I told [my colleagues] whoever stole it might need it more than me,” Ahmed said.

He said the bike belonged to his foster dad, who had it for several years.

“I was really sad about it because it was a gift from my foster parents,” Ahmed said. “I was really unhappy and sad, but I tried not to show it.”

Ahmed was scheduled to work until 10:30 a.m. on that Friday, but his manager Krystal Ackermans asked him to stay an extra half hour – for good reason.

Before the end of his shift Ahmed had a new bike waiting for him and a way to get home.

“The bike was just around the $270 mark,” said Ackermans. “The entire team donated their weekly tips and I paid the difference.”

Ahmed was emotional because he hasn’t been with the coffee shop for very long, but Ackermans said it was the “right decision to make.”

“I was in tears. I cried,” said Ahmed. “I never really expected that.”

Although Ahmed graduated high school earlier this year he marked this moment as a highlight.

Ahmed is an asylum seeker and is currently waiting for a response from the Refugee Appeal Division (RAD) in regards to his application.

Ahmed said he travelled to the United States in July 2018 with the Iraqi Young Leaders Exchange Program (IYLEP), a four-week summer exchange program where students travel across the United States to learn about American culture and develop leadership and community skills, according to its website.

While on the trip Ahmed said he received a phone call where he learned his life would be in danger if he returned to Iraq.

When IYLEP concluded Ahmed ran away from the group.

He left the hotel in Washington, D.C. where the youth group was staying and made his way to a train station where he purchased a ticket to New York City.

Ahmed said that was a random decision he made because he was just trying to get away from the group.

“I stayed on the streets in New York City for (the) night,” he said, tearing up. “It was really sad, and I didn’t know anybody and I didn’t have anyone there.”

READ MORE: Asylum seekers will wait up to two years for refugee claims to be processed

The next morning Ahmed said he took a train to Seattle.

“I couldn’t go home, otherwise I wouldn’t be here and take all those risks and sleep on the streets and be on a train for four days and cross illegally… it was the only option I had at that time,” he said.

Once arriving in Seattle, Ahmed said he crossed into Canada at 0 Avenue and 184th Street where he was intercepted by border officers and taken in for questioning.

“I didn’t have any passport or documents of my own. My program staff took all [our] passports from us,” he said.

From there social workers accompanied Ahmed to a foster home in Langley. He was admitted into Langley Secondary School and graduated earlier this year.

“It was pretty hard in the beginning for me to adapt to all the change,” he said.

Ahmed left a family behind in Iraq.

“It was really hard for [my mom] to show her support… we really had a good connection,” he said. “She still sometimes cries when we video call.”

Ahmed’s original application to gain refugee status in Canada was denied, and he has now appealed the decision and is awaiting final word from the government. 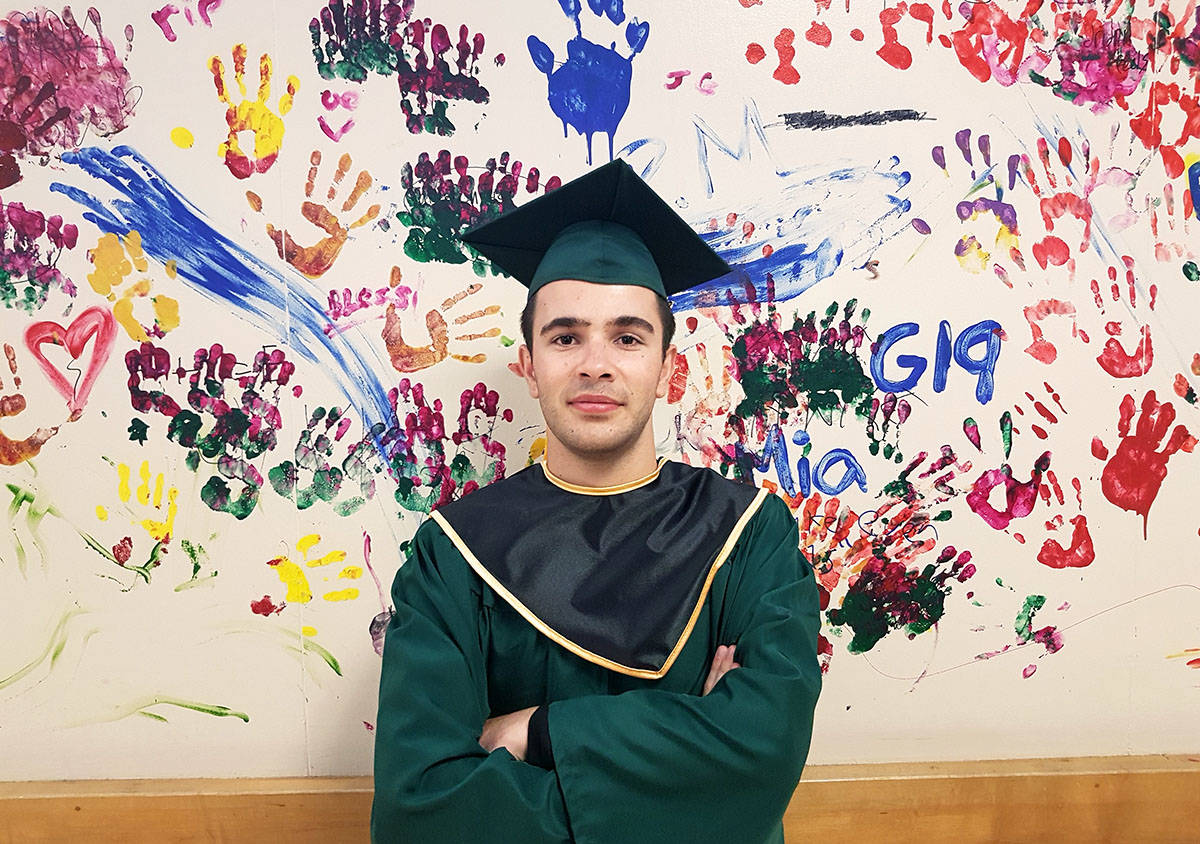 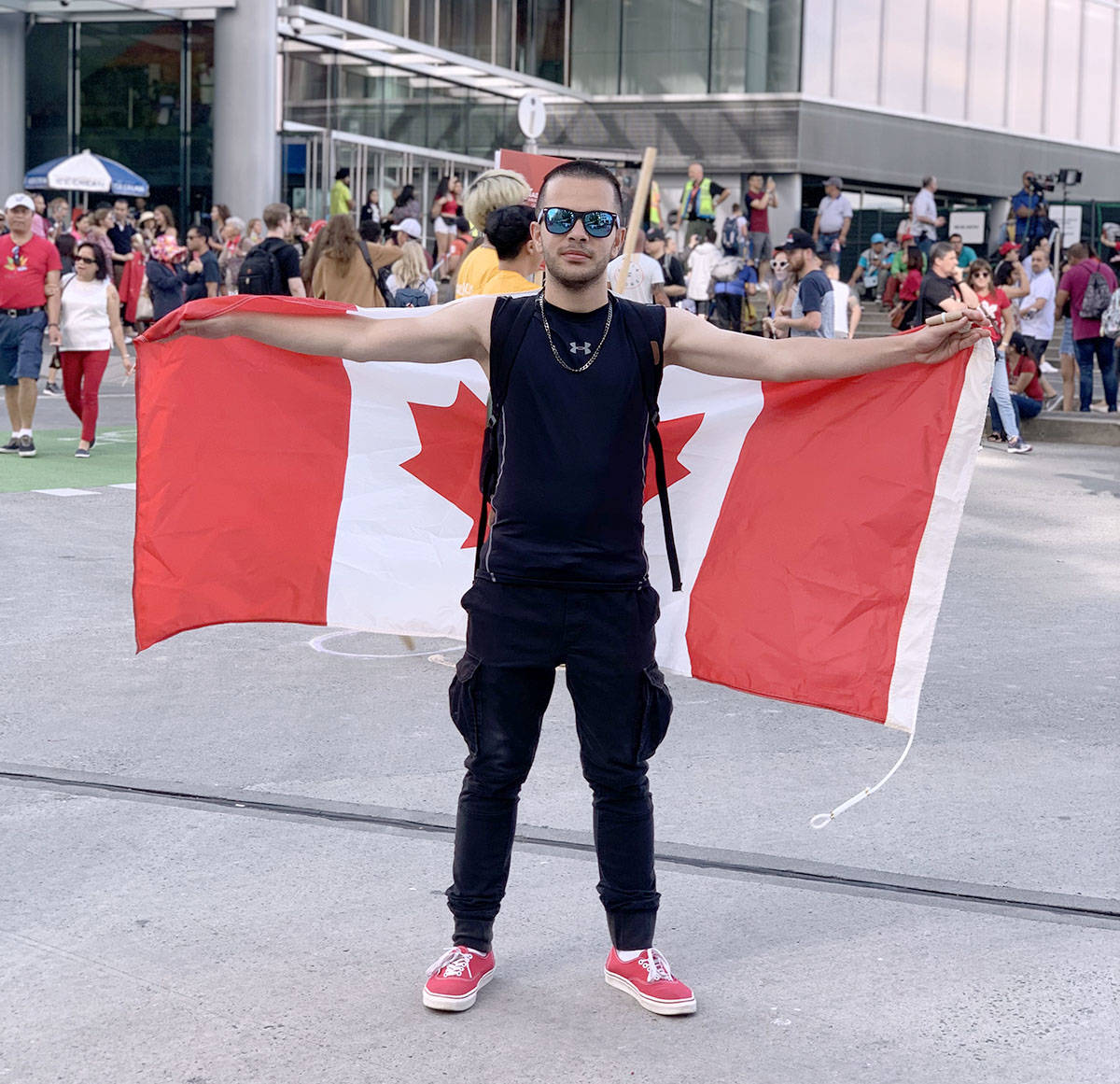