Langley Township firefighters, along with a veterinarian, helped rescue a horse that had become stuck in a septic tank in rural Langley on Wednesday, Aug. 3.

Township of Langley Fire Department crews were called out for a large animal rescue to the 25400 block of 58th Avenue, said assistant fire chief Andy Hewitson.

Firefighters from three halls, at Murrayville, Aldergrove, and Otter, were eventually called to the scene.

Pictures show the horse’s hindquarters were stuck down the hole in a field, with its head and forelegs sticking out of the ground.

Working with veterinary professionals and the horse’s owner, they developed a plan to safely remove it.

The horse was attached to a harness and pulled free.

“This is one of the most difficult rescues crews have attended,” said Hewitson.

Langley Township firefighters are trained for large animal rescues because of the rural farming heritage of Langley. It’s not uncommon for them to be called on to rescue horses, cows, and other large animals that have become stuck in muddy ponds, ditches, or down ravines.

“We are very proud of the team and their ability to respond to the very diverse needs of the Township,” Hewitson said.

READ ALSO: New 3-day pro rodeo ready to bust out of the gate in Langley 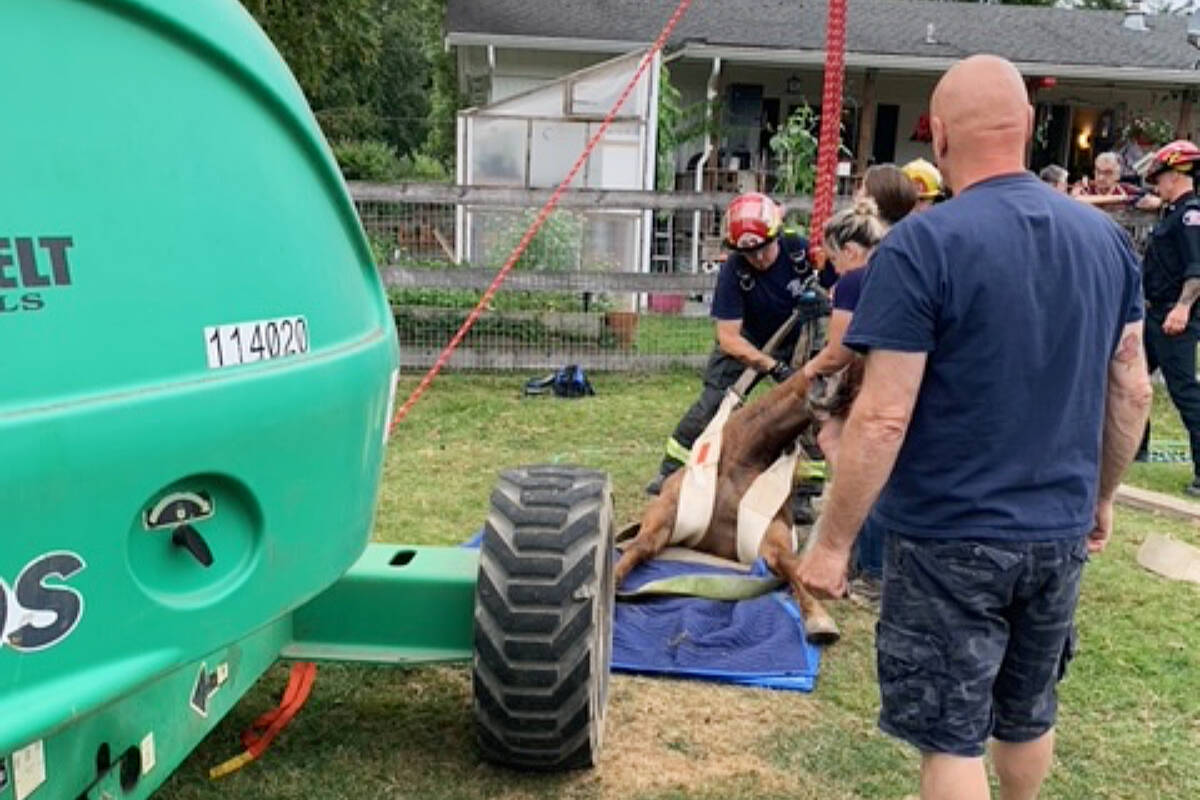 Firefighters and veterinarians came up with a plan to rescue a horse whose hindquarters were stuck down a septic tank in rural Langley Township on Wednesday, Aug. 4. (Langley Township Fire Department/Special to the Langley Advance Times)