Langley is receiving one of the largest single amounts of money from the provincial government, that dollars earmarked specifically to promote local tourism – and more specifically three local events in the coming year.

On Sunday, tourism minister Lisa Beare revealed a list of local events and festivals for 2019 that will receive marketing support from the province.

“Our government is supporting communities and local tourism by providing important funding that will help make these events even more successful. This funding will help attract even more people to enjoy the great experiences our province offers.”

Thunderbird Show Park’s Nations Cup and World Cup championships, which have made regular appearances at the north Langley equestrian centre in recent years, will be back next May and August, respectively. And the events are among a 24 new events and festivals that were awarded the lastest chunk of provincial funding on Sunday, Beare announced.

tbird will receive $200,000 towards its two biggest show jumping events. That’s the single largest amount handed out, the same amount being given to the Just For Laughs Northwest event in Vancouver in February.

In the meantime, the 2019 West Coast Parkour Championships being held in Langley City next June 1 and 2, received $10,000 from the fund.

This year, the province has awarded more than $1.98 million to 35 events and festivals in communities throughout B.C., including the list of 24 events that received word of the provincial support Sunday.

The funding, which is announced twice a year, is provided through the provincial government’s tourism events program.

This program provides marketing support in order to draw visitors from outside of the province to B.C.’s tourism experiences. These events generate tourism and economic impact throughout British Columbia and inspire people from around the world to visit B.C.

• Tourism is an important economic driver for B.C., generating more than $17 billion in revenues in 2016.

• Tourism is one of the province’s biggest employers. More than 133,000 people work in the industry. That means one in every 16 B.C. workers has a job in tourism.

• Tourism is growing in importance for B.C’s economy. In 2016, the industry contributed $7.9 billion in added value to the province’s gross domestic product. This is an increase of over 5.6 percent compared to the previous year.

• The Government of British Columbia invests more than $123 million in the tourism sector annually. 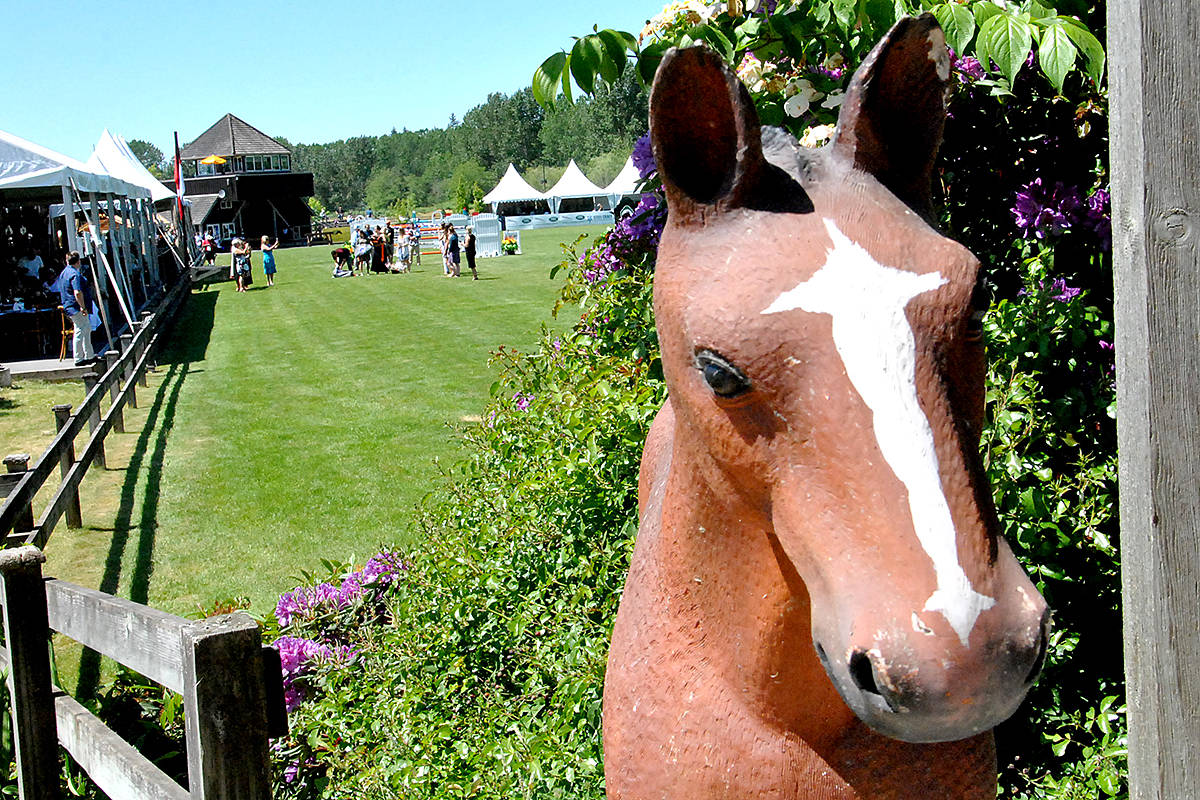 Hundreds of riders from around the globe come to Thunderbird Show Park (tbird) each year to compete in various show jumping competitions. The most elite events are the Nations Cup in May/June and the World Cup, which happens in August. (Langley Advance files)