UPDATE: CRASH HAS BEEN CLEARED

Motorists may want to detour around a three-vehicle crash at the intersection of Fraser Highway and 208th Street/Langley Bypass.

The crash occurred Friday afternoon, May 7.

Langley City deputy fire chief Scott Kennedy said the scene looked dramatic, but thankfully no one was seriously injured. The occupant of the overturned car was able to crawl out the sunroof, witnesses on scene said.

BC Ambulance personnel were on scene to check out those involved and the RCMP was directing rush hour traffic. 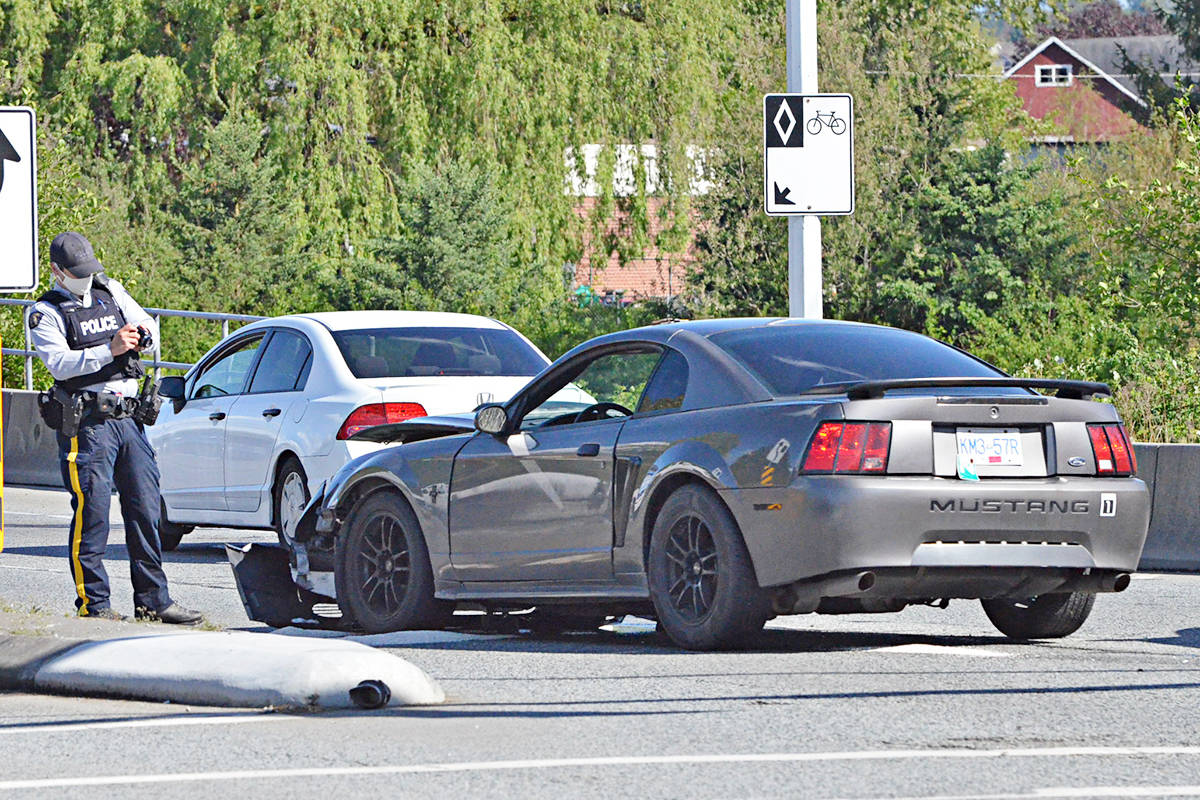 Three vehicles were involved in a crash on the afternoon of Friday, May 7, 2021, at the intersection of Fraser Highway and 208th Street. (Heather Colpitts/Langley Advance Times)

Langley condo fire cleanup may start as soon as Monday