Not even the heavy rain on Wednesday morning could dampen the “joy” everyone felt as they watched the magnet for the MRI Suite arrive on the hospital campus and the construction crew lower it through the temporary opening and into place inside the new MRI building, said Terra Scheer.

“Although the process takes hours, as the calibration needs to be so exact, I’m pleased to report that everything has gone smoothly,” said Scheer, head of communications for the Langley Memorial Hospital Foundation.

The new machine, first announced in 2018, will be able to perform 7,500 MRI exams annually.

“The magnet arrival is a bitter-sweet event for our team,” Scheer said, noting that the foundation originally hoped to invite some of the key donors together to watch the delivery and celebrate the milestone. But, due to COVID, and crowd restrictions, that wasn’t possible.

Langley Memorial Hospital is undergoing renovations and expansion to accommodate a much larger emergency department, as well as a new MRI suite.

The expansion project is being funded by $29 million from the provincial government and more than $15 million that was raised from the community by the Langley Memorial Hospital Foundation.

This project was originally announced back in 2017, but construction started in summer 2019, with the new MRI area originally set to open in early 2021, and the ER set to open at the end of this year.

The expanded ER will increase the number of treatment spaces to 49 from 31.

It will include a separate pediatric waiting area for children and, it will increase privacy, different entrances will be installed to separate walk-in patients from those who arrive by ambulance – with a dedicated, covered six-vehicle ambulance bay, said George Cawdry, senior project manager for the hospital renovations.

“All in all, our emergency department will be about three times the size of the existing department, with plenty of room for loved ones to be with patients,” he said.

The new ER incorporates a lot of natural light throughout a series of specially designed care zones (including a dedicated space for those dealing with mental health and substance use issues), and also features a new patient intake area that ensures rapid assessment and allows for a more “patient focused approach, which is different from our current emergency.”

Leading the virtual tour, alongside Cawdry, Vandergugten said she’s anxious to see the new facilities up and operational soon.

“My team and I are excited about having enough space, the right space, for the current population,” she said.

The hospital foundation had hoped to offer personal tours of the construction site to some of the key partners and donors in the project, Scheer explained. But that too hasn’t been possible due to the pandemic, so Scheer unveiled an alternative – a virtual tour.

Queries made to Fraser Health about new timelines for completion of the project have not yet been answered. 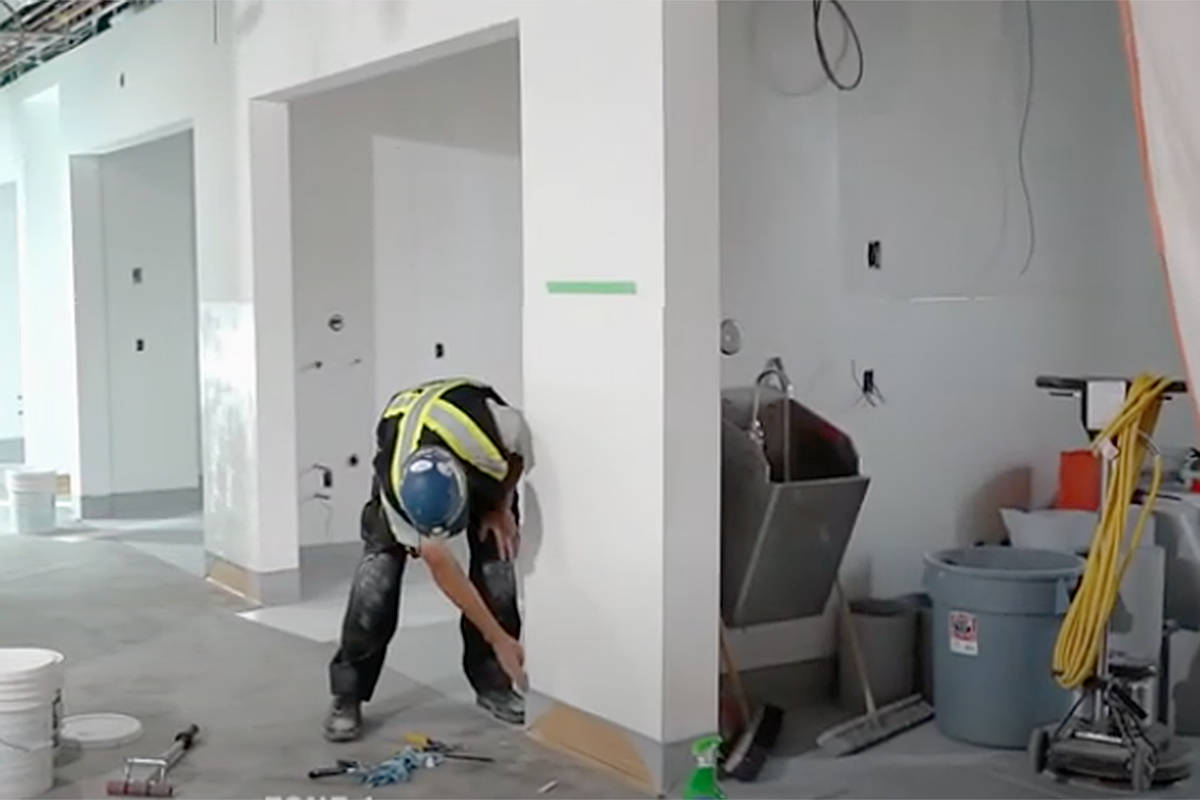 From a police raid to licence application; a new normal for Langley marijuana activist

‘It was easy to bet on this side,’ Randy Caine says

Airport is partnering with UBC, which is helping choose the method of pre-flight testing