By the time the last vehicle had dropped off the final tree at the Ride 2 Survive (R2S) tree chipping fundraiser at Willowbrook Shopping Centre in Langley, Brian Thornburn knew they’d set a record.

“It was a zoo,” Thornburn said of the two-day event that wrapped up on Sunday, Jan, 3.

He meant that in a good way.

Thanks to the generosity of #Surrey and #Langley citizens this weekend we raised $7701.55 !!!!

All donations are going to benefit the B.C. Cancer Society through Ride2Survive and the Tour De Valley events, Thornburn said.

READ MORE: There will be fewer tree chipping events in Langley this year, but they will occur

Thornburn was seeing more trees than usual dropped off, and bigger donations.

At the end of the last day, volunteers from Bartlett Tree Experts filled three big trucks with wood chips, plus a pickup truck, the most ever.

There were enough trees chipped on Sunday to fill three Bartlett trucks and a pickup truck.

Thornburn, a paramedic with the BC Ambulance Infant Transport Team, hosts the Christmas tree chipping event to raise money for Ride 2 Survive (R2S) which raises funds for the Canadian Cancer Society.

In June, assuming the pandemic doesn’t prevent it, he will ride 400 kilometres from Kelowna to Delta, covering a climb of more than 12,000 vertical feet.

Ride2Survive is a registered non-profit society.

Every dollar raised by participants is used for research and sometimes cancer treatment equipment purchases, while the costs associated with the ride are borne by participants and sponsors.

Since 2005, the event has raised more than $9 million that has gone directly to cancer researcher’s projects. 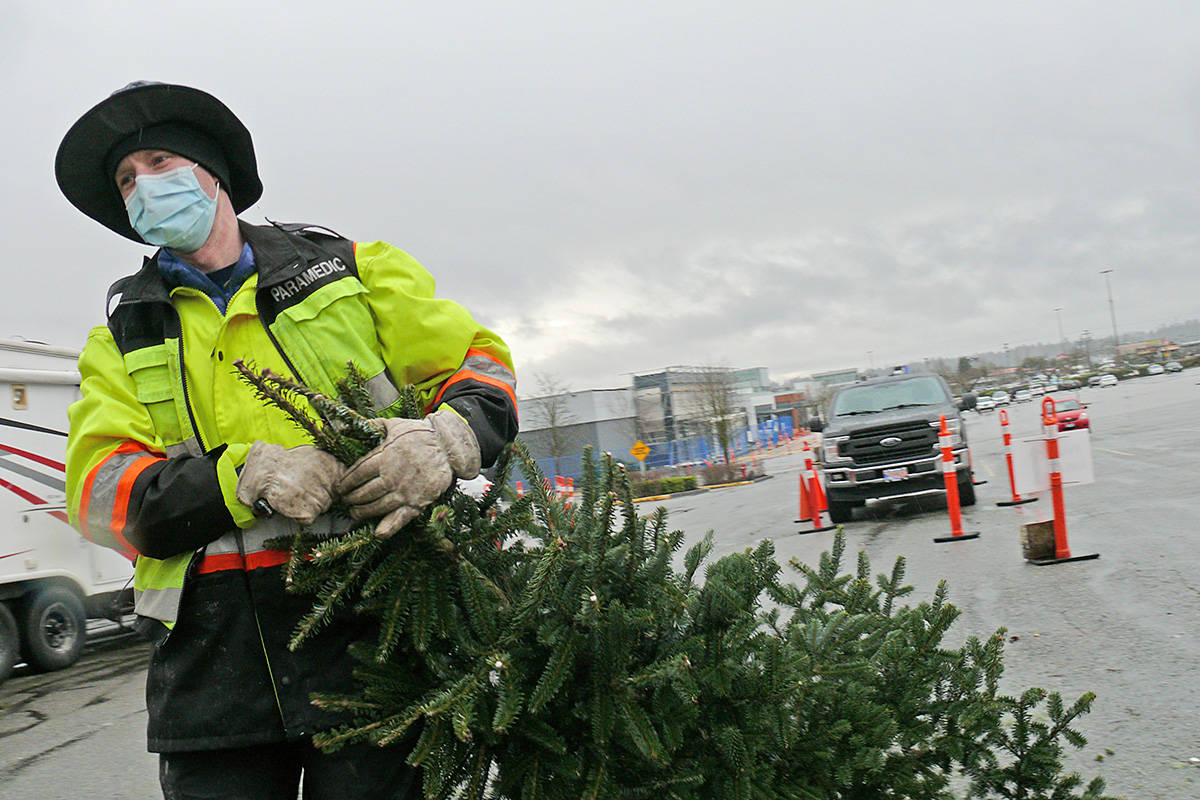 There was a constant flow of traffic at the annual Ride 2 Survive fundraiser at Willowbrook Shipping centre on Saturday, Jan. 2 and Sunday, Jan. 3 (Dan Ferguson/Langley Advance Times) 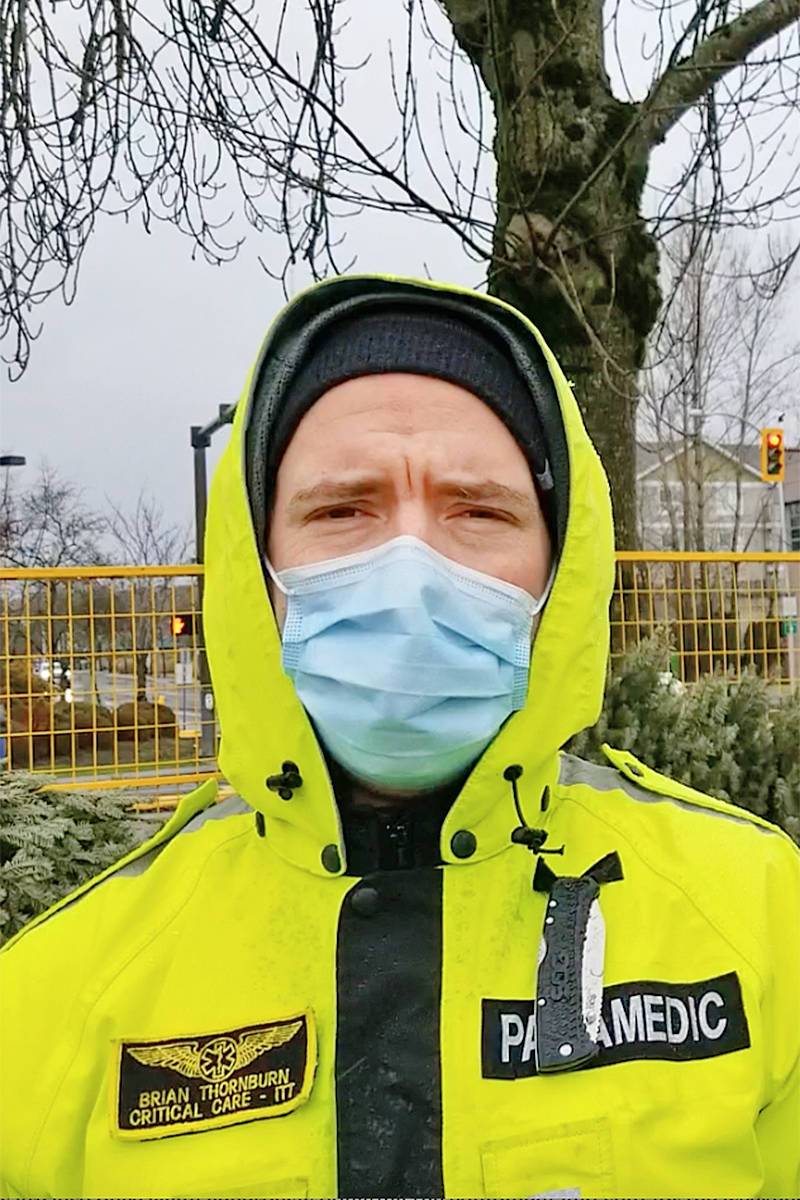 ‘It was a zoo’ said a pleased Brian Thornburn of the huge response to the annual Ride 2 Survive wood chipping fundraiser on the Saturday, Jan. 2 weekend. (Dan Ferguson/Langley Advance Times)