When the weather forecast for Langley called for rain, volunteer Steve Lougheed spent a restless night in his truck camper in the parking lot of the Nicomekl Enhancement Society on Friday night.

He was up every two hours to see if the downpour had arrived, and if it would be enough to raise water levels so salmon could make it upstream to the Langley hatchery.

If it did, volunteers would get the call to come harvest fish.

“We need rain,” Lougheed, the fish culturalist at the society, explained.

After about three weeks of unusually dry weather, levels were low, too low for salmon to find their way to Michaels Brook and Hatchery Creek, two small waterways that meet at the society hatchery at 5263 232 St.

Society treasurer Nigel Easton explained the salmon were being blocked by a dam located in Surrey that has to have have a certain amount of water pressure for the gates to open to salmon.

“If we don’t have any rain, the salmon are stuck there,” Easton told the Langley Advance Times.

By Saturday morning, Nov. 16, there had been some rain, but still not enough to get levels to the depth where the hatchery could expect salmon.

But Saturday night, the heavens opened up, filling the brook and creek to overflowing and bringing out a group of volunteers to extract fish on Sunday morning.

It was a physically demanding process that involved wading waist deep in the fast-running stream with a large scoop net to catch the fish.

It was a tricky task, made harder by the fact that the rapidly running water was no longer clear, but muddy with silt and run-off.

Volunteers, three abreast, worked their way up the stream, fighting the current.

Murrayville resident Lyle Vaughan was in the middle, giving tips to a first-time harvester wrestling with a net.

“You have to drag it along the bottom,” Vaughan said.

By mid-morning, 10 salmon had been extracted from the stream, including the first coho of the year.

Once eggs are collected from spawning salmon, they go in the hatchery egg room, which operates under careful rules to prevent trauma, with LED lights instead of fluorescents, a ban on camera flashes and loud noises and a disinfecting pad that all must walk on to avoid contamination.

After about 100 days, when the eggs have grown into alevins, tiny fish that still carry a sac of egg yolk, they are moved to larger tanks, built to federal Fisheries and Oceans Canada designs by inmates at the Agassiz penitentiary for the society.

READ ALSO: ‘Salmon populations in the Pacific Coast are under threat’

When they get a little bigger, the small frys end up in the same large tubs where the adult brood stock is held earlier in the season, where they continue growing until they are big enough to be released back into the rivers around Langley

Entirely run by volunteers, the society is dedicated to the preservation and restoration of the Nicomekl River Watershed, and raises roughly 400,000 Chinook, coho, and chum salmon for release into local waters in the spring and summer months.

Nicomekl Enhancement Society (NES) began as “Fish for your Future,” a conservation organization founded in 1989 by Dave Evans, described as “an avid outdoorsman” on the society website.

In its first year, the all-volunteer organization released 125,000 salmon.

In 1991, following incorporation under the BC Society Act, it became the Nicomekl Enhancement Society.

It’s stated goal is to “not only raise and release salmon, but to also improve their habitat, and to increase public awareness as well as involvement.”

That includes capturing broodstock fish for eggs, juvenile salmon rearing and release, habitat restoration, both in the river and along its banks, and other public outreach initiatives.

There are currently 50 volunteers who work at the society, but they could use more.

“We are certainly looking for people with all types of expertise,” Easton said.

Usually, the volunteers are there three days a week, but during fish returns, they are there “every day” Easton said.

More information can be found online at www.nicomeklsalmonhatchery.com. 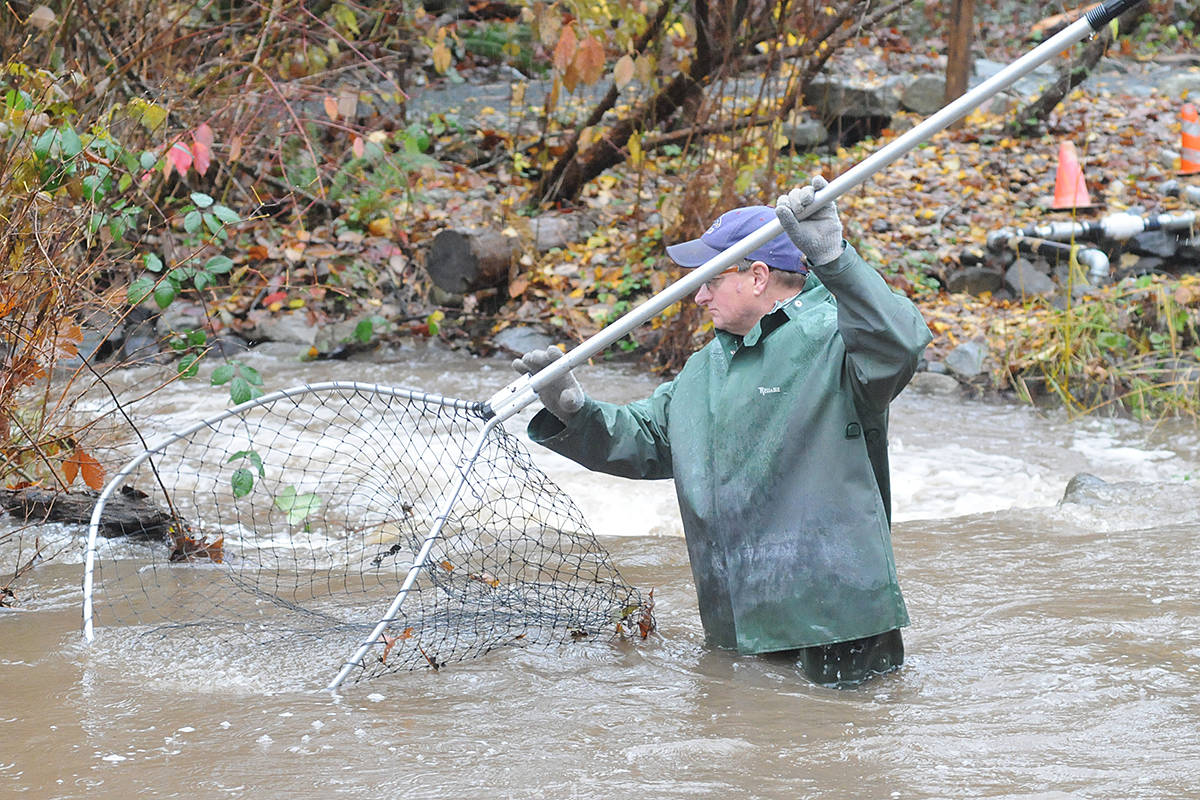 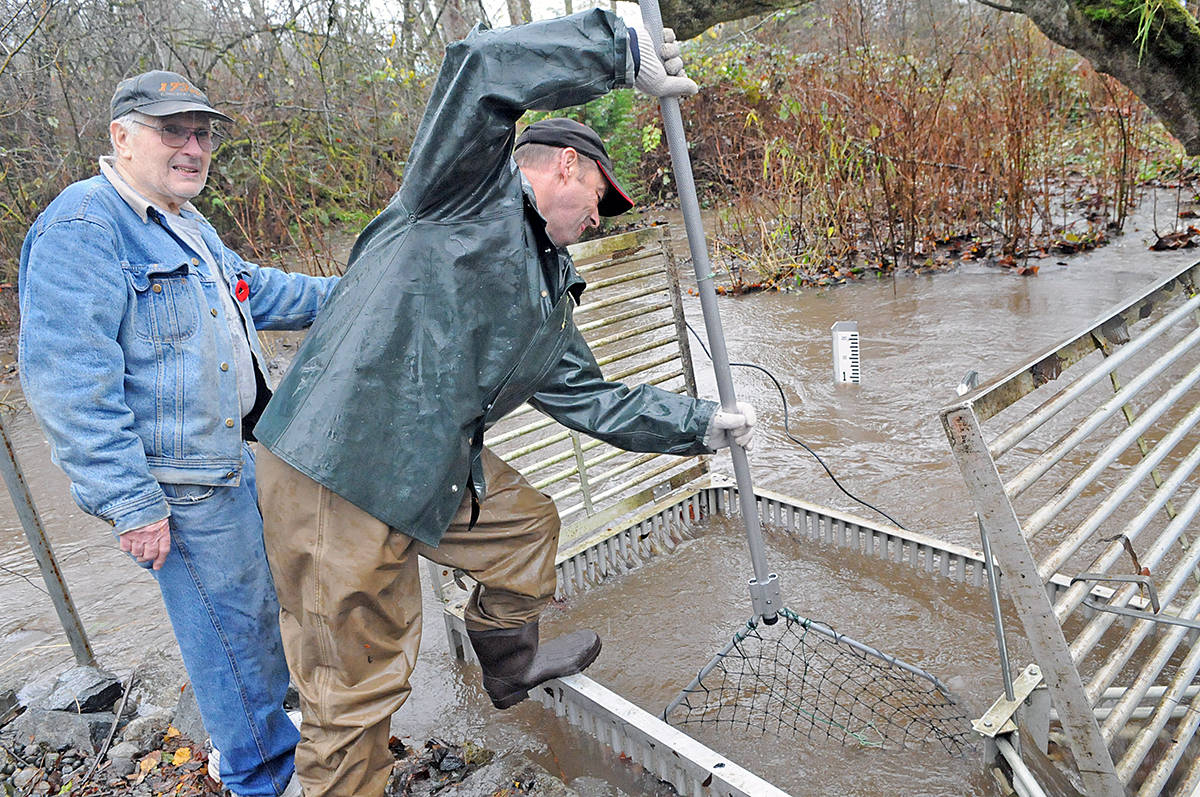 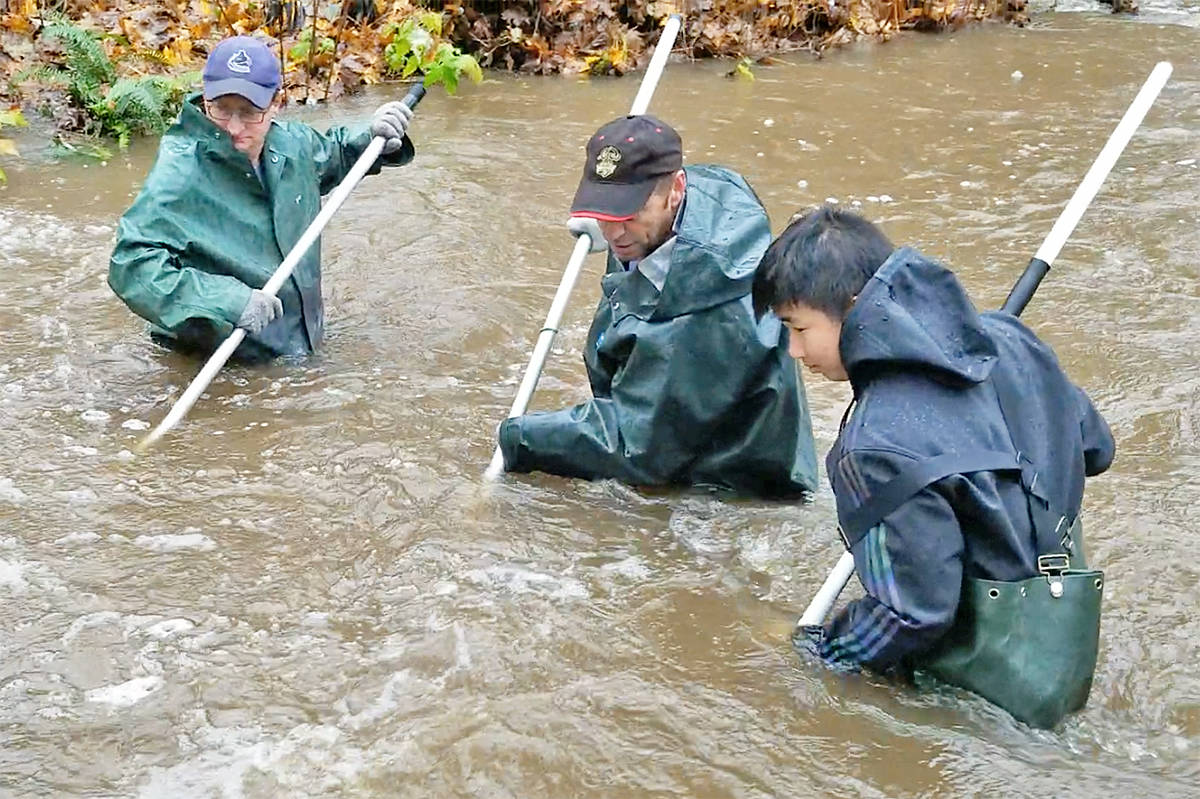 A trio of Nicomekl Enhancement Society volunteers advanced against the current during the Sunday, Nov. 17 collection. (Dan Ferguson/Langley Advance Times) 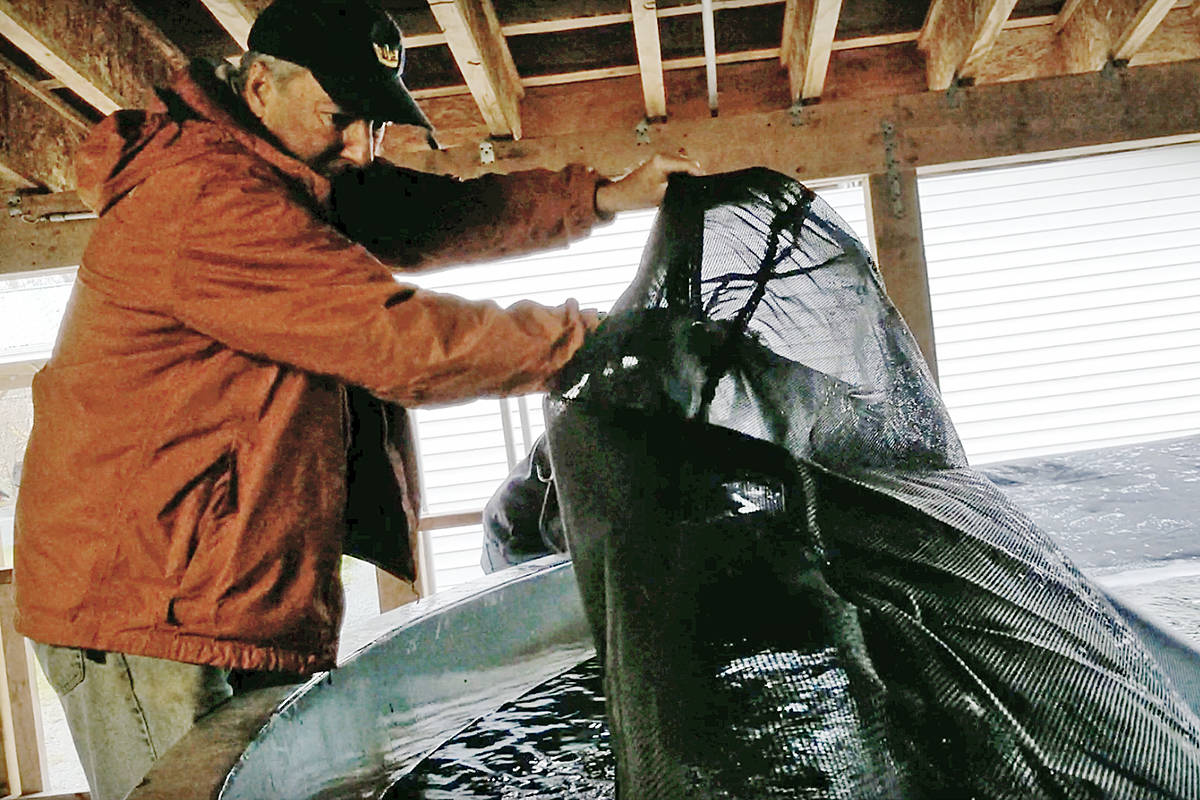 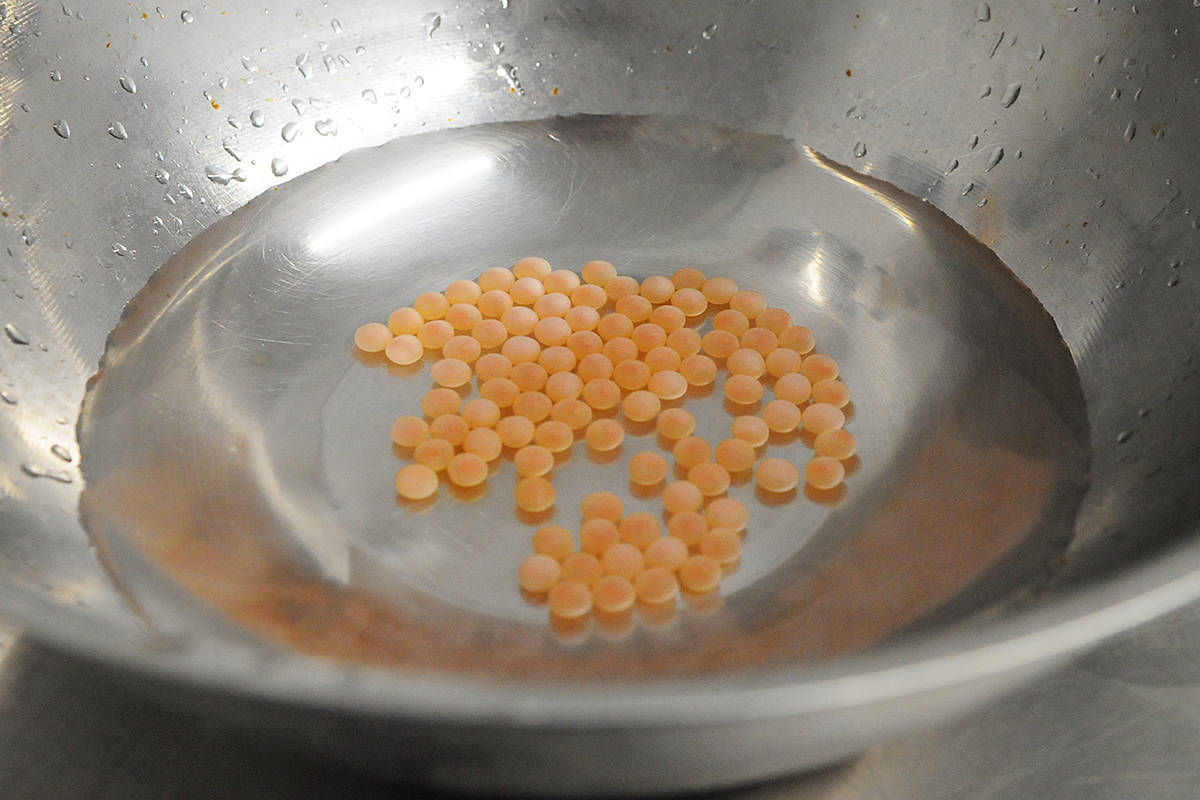 John Mann, singer and songwriter of group Spirit of the West dead at 57