One of the most emotional and heartrending stories we dealt with during my years at the Langley Times was the tragic death of Carley Regan in 2003, and the cowardly attempt by Paul Wettlaufer to hide the fact that he was the driver responsible for her death.

It was bad enough that the 13-year-old was struck and killed while she, her sister Jessica and a friend were rollerblading along 36 Avenue west of 264 Street on Jan. 6, 2003. It was about 5 p.m. and it was dark. But driver Wettlaufer had no business driving along that road. He was prohibited from driving at the time.

Carley had a bright future. She was planning to become a veterinarian. She was a bright light in her family and had many friends.

Her death was a tragedy, but the lengthy search for the person responsible turned it into an ongoing nightmare for the family and all who knew her. Police searches for the vehicle responsible were fruitless, but eventually her uncle drove around the neighbourhood, looking for damaged vehicles. He found one that seemed to have damage and reported it. That led police to Wettlaufer.

Then it turned out that he’d wasn’t supposed to be driving – he was prohibited from doing so. This enraged people even more.

He was charged with dangerous driving causing death, but eventually pleaded guilty to three counts of hit and run and one of driving while prohibited. He was sentenced to 14 months in jail and lost his licence for a further 10 years. He served 10 months and then got out of jail.

The rage didn’t go away with his sentencing. Langley-Abbotsford MP Randy White and, later on, Langley MP Mark Warawa tried to get a bill known as Carley’s Law passed by the federal parliament. It would have imposed mandatory four-year sentences on those convicted of hit-and-run causing bodily injury. This was turned down by the minority Liberal government of Prime Minister Paul Martin.

Community effort has now led to the construction of a refurbished bridge over the ditch along 36 Avenue, where Carley died. This will allow people to access a memorial to her.

People gathered there on Jan. 6 to dedicate the new bridge and remember Carley, who would have turned 31 this year.

That fact is a reminder of just how tragic this event was. Had Wettlaufer obeyed the law and not been driving, she would be alive today. She could be in the early years of a career as a vet – helping animals whom people love to live better lives.

As a society, we need to keep being vigilant about crimes involving drivers. During my years as a community newspaper editor, we covered far too many of these issues – and the problem of hit-and-runs, drunk driving, driving while prohibited and, in more recent years, driving while distracted by smart phones and other devices continue apace.

Let’s not forget Carley and her family, and let’s do our best to keep these crimes to a minimum in the future.

Frank Bucholtz is a columnist and former editor with Black Press Media. Email him at frank.bucholtz@blackpress.ca 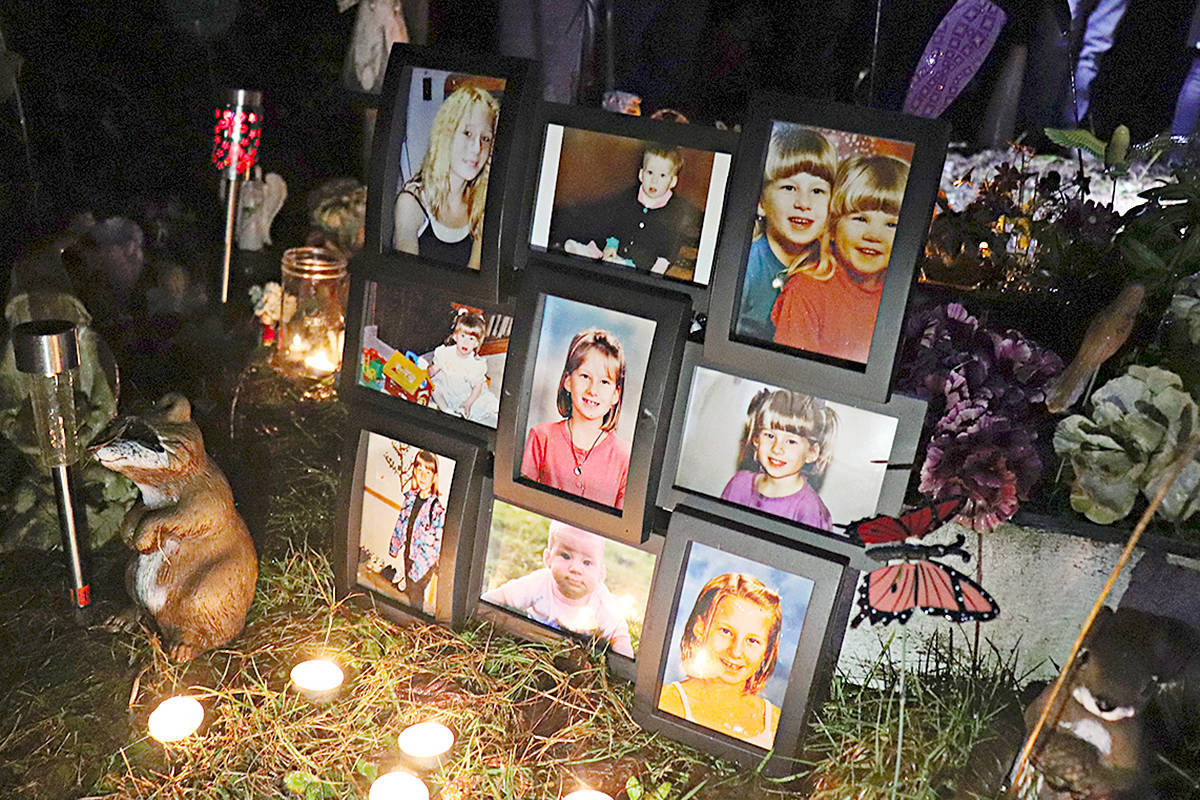 A vigil was held Monday, Jan. 6, 2020 at the roadside memorial set up for Carley Regan where she was killed 17 years ago. (Sarah Grochowski/Black Press Media)

LETTER: South Langley man urges people to devote themselves to helping others