“She is an outstanding young talent and possesses the ability to both defend and attack down the wings. She has pace and is extremely athletic and I just see a wonderful person who has a hunger to get better and better.

I am confident that she will excel at the challenge of being a core player who carries on the program’s tradition of having fantastic attacking outside backs. Jaidyn is a wonderful person and player and we are all very proud Jaidyn will be a Spartan.”

Jackson said she “wanted to be part of an organization that competes at a high level and values both athletic and academic success. I’ve always loved the close knit community at TWU and from the first moment I spoke to Coach Graham, I knew I wanted to be a Spartan. I couldn’t have asked for better coaches to continue my soccer journey at the next level. I am both honoured and excited to join this team. I can’t wait to be a Spartan!”

Langley Secondary School Thunderbird AA varsity football team played their last home game of the season, and it was a familiar story for supporters, who witnessed the team administer a 41-8 thrashing to West Vancouver on Friday, Oct. 29.

In a message posted onto social media, the team expressed gratitiude to the hometown crowd.

“Thank you so much to our supporters for helping make the 2021 season so much fun. Lots of work left to do.”

On Friday, Nov. 5, Langley will play an away game against Holy Cross, followed by a game against Windsor Secondary on Nov. 12.

Langley Rivermen had a huge four point weekend with a 5-2 win over the Chilliwack Chiefs Oct. 29 followed by a 5-0 win over the Coquitlam Express on Sunday, Oct 31 .

Langley netminder Ajeet Gundarah stopped 32 shots on the way to his first career BCHL shutout and was named first star of the game. 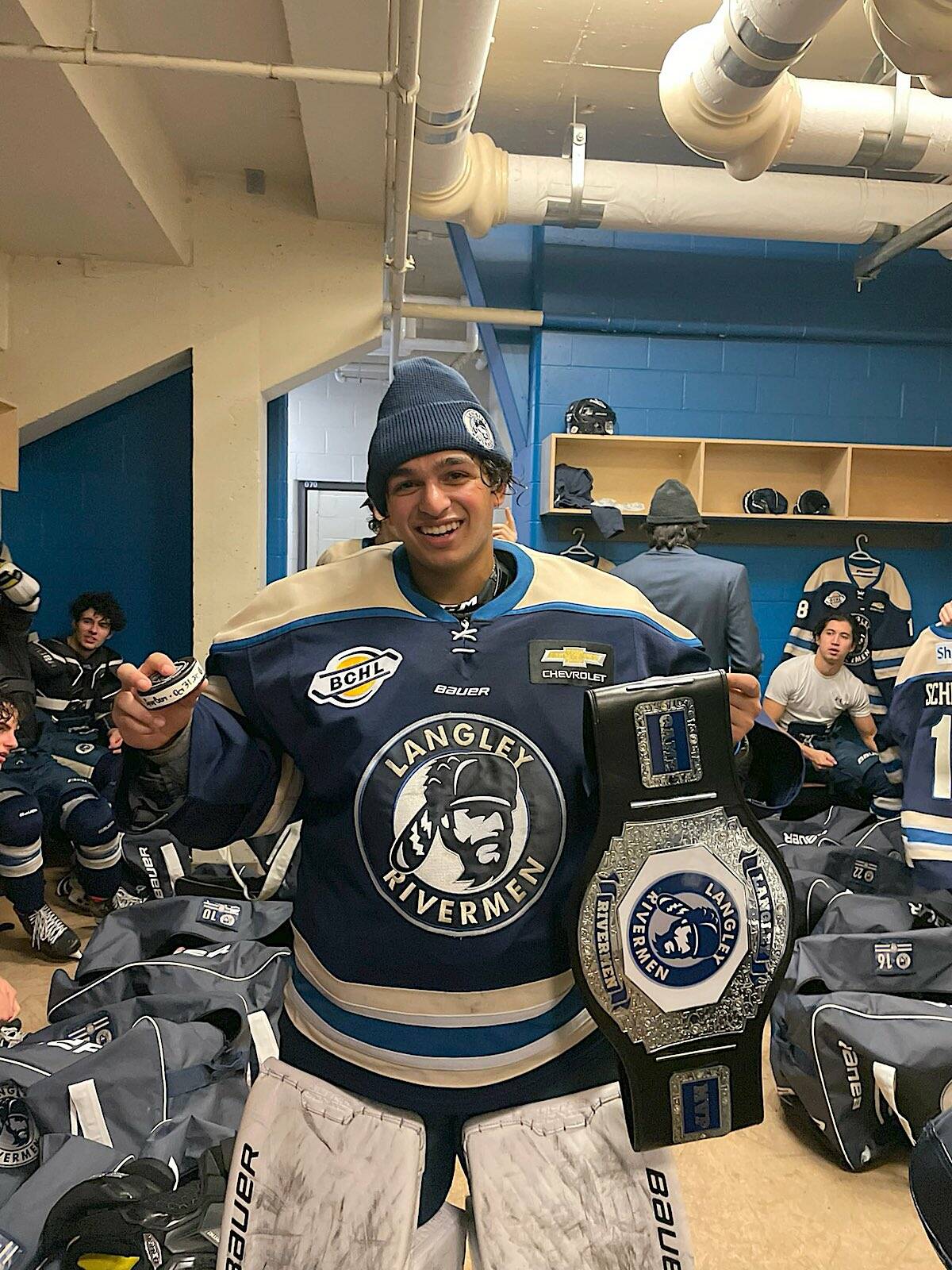 Goals came from Tyler Schleppe, Max Dukovac in the first, Owen Kim in the second, and Andrej Kovacevic and Ryan Upson in the third.

It followed a Sunday, Oct. 24 game against the Trail Smoke Eaters that ended in overtime with a 3-2 loss to

Langley Trappers are second in the PJHL Harold Brittain conference standings with 12 wins in 16 games, just below the Ridge Meadows flames.

In their last home game at George Preston on Oct 27, Trappers downed Chilliwack 5-3, then traveled to Richmond on Oct, 28, where the Sockeye won 3-2.