In the last six months, Aldergrove’s Kassidy Keith has felt a difference in her nine-year-old stallion, Fenelon WF.

The bay Irish Sport Horse took his first U25 win in August at tbird’s CSI2* Summer Fort Festival, and on Thursday, Sept. 22, at the CSI3* BCHJA Fall Finale at Langley’s Thunderbird Show Park, he and his rider were again best in the CSIU25-A MarBill Hill U25 1.35m—the pair’s first foray into the FEI U25 division.

“He’s really starting to follow me. He’s looking where he’s going now, [when] before he didn’t pay attention,” Keith said. “Our partnership has flourished over the last six months. He’s really turned out to be a very cool horse.” 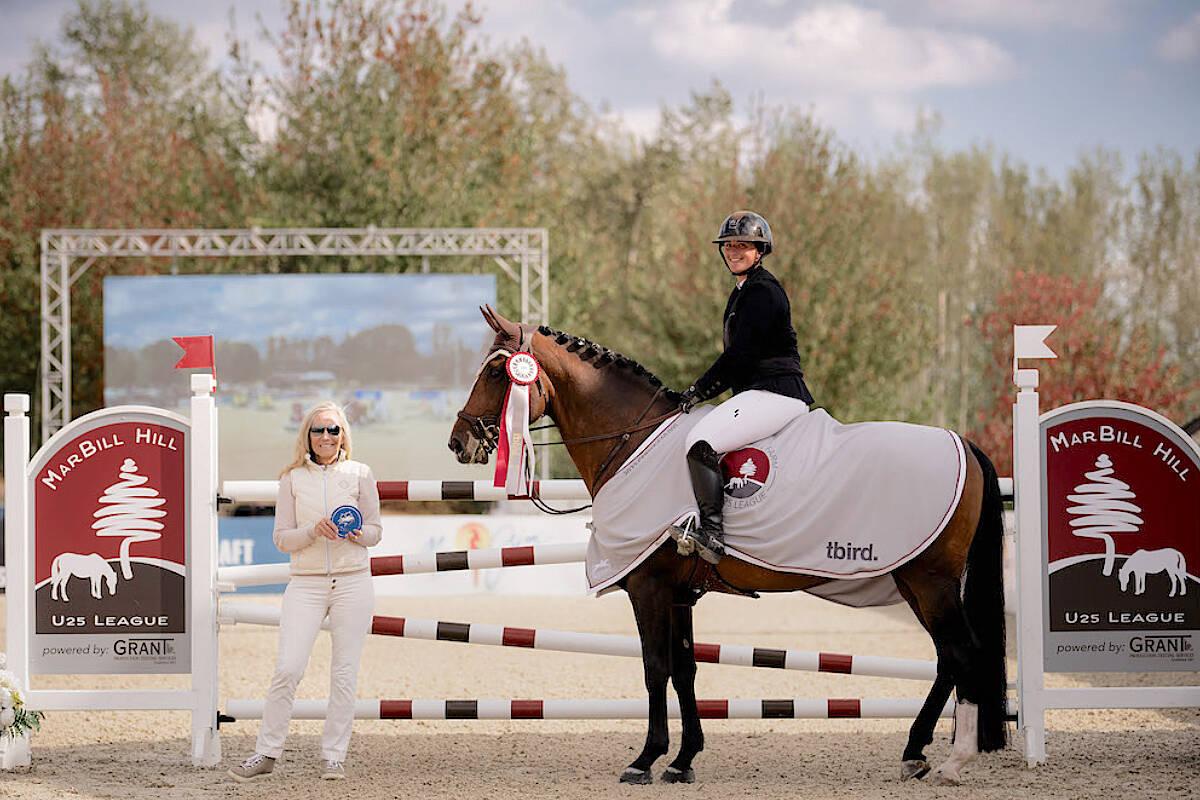 Aldergrove’s Kassidy Keith has felt a difference in her nine-year-old stallion, Fenelon WF won their first U25 event at tbird on on Thursday, Sept. 22, at the CSI3* BCHJA Fall Finale. The pair stood for the winner’s presentation with tbird CEO Jane Tidball. (Quinn Saunders/tbird)

On Friday, another strong performance by the pair at tbird saw them take second in that day’s CSIU25-A MarBill Hill U25 1.40m, less than a second behind winners Jarne Francken and Gogolinus.

Elsewhere, Langley-based rider Kyle King and 9-year-old Ittolo swept right to the top of the leaderboard on Wednesday, Sept. 21, in the CSI3* tbird 1.40m.

Last to go in the 33-horse field, the pair crossed the timers of Peter Holmes’ speed course in a much-the-best time of 56.09 seconds. James Chawke and Gamble finished second (58.55 seconds), just ahead of Conor Swail and Nadal Hero & DB (58.71). 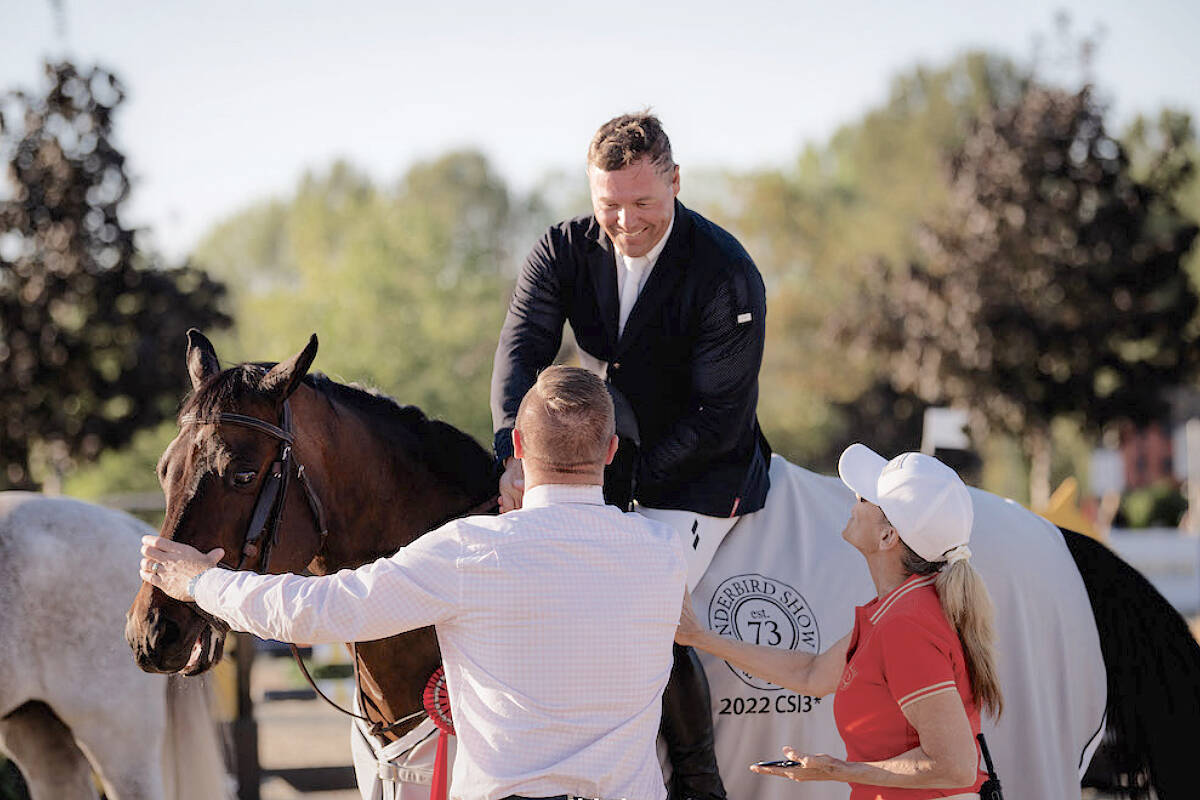 Langley-based Kyle King and 9-year-old Ittolo swept right to the top of the leaderboard on Wednesday, Sept. 21, in the CSI3* tbird 1.40m. at Thunderbird Show Park. (Quinn Saunders/tbird)

The win marked the first FEI victory of Ittolo’s career; the bay made his international debut exactly a year ago in Langley.

“I got [Ittolo] two winters ago,” King said. “Last year, I rode him in this same class, and he got a ribbon. We moved up really fast—maybe too fast. He’s bold and brave, but the ride-ability wasn’t really there.”

Some calculated moves up and down the levels for Ittolo have resulted in a more confident, mature, responsive horse, nicknamed the “Honey Badger” in the barn. The athletic bay—“a character,” as King says—is full of happy, excitable energy and usually gets his way.