When Aldergrove’s Cassidy Buchanan was playing basketball at Betty Gilbert school, there weren’t enough girls to form a team, so she played on the the boys’ team.

“All my guy friends,” she laughed.

Buchanan didn’t set out to be a star basketball player.

“I just did it for fun in Grades 6 and 7,” Buchanan recalled.

“I loved soccer, that was my passion.”

But she was very good at basketball, and by grade 8, she decided to make it her focus.

“It had a different competitive edge that I love,” Buchanan explained.

At the time, she also played basketball for Aldergrove Community Secondary School, before switching schools to Brookswood, with its legendary girls basketball program.

Buchanan was also selected to play on the U18 Team BC which will be competing at the Canada Summer Games in August. 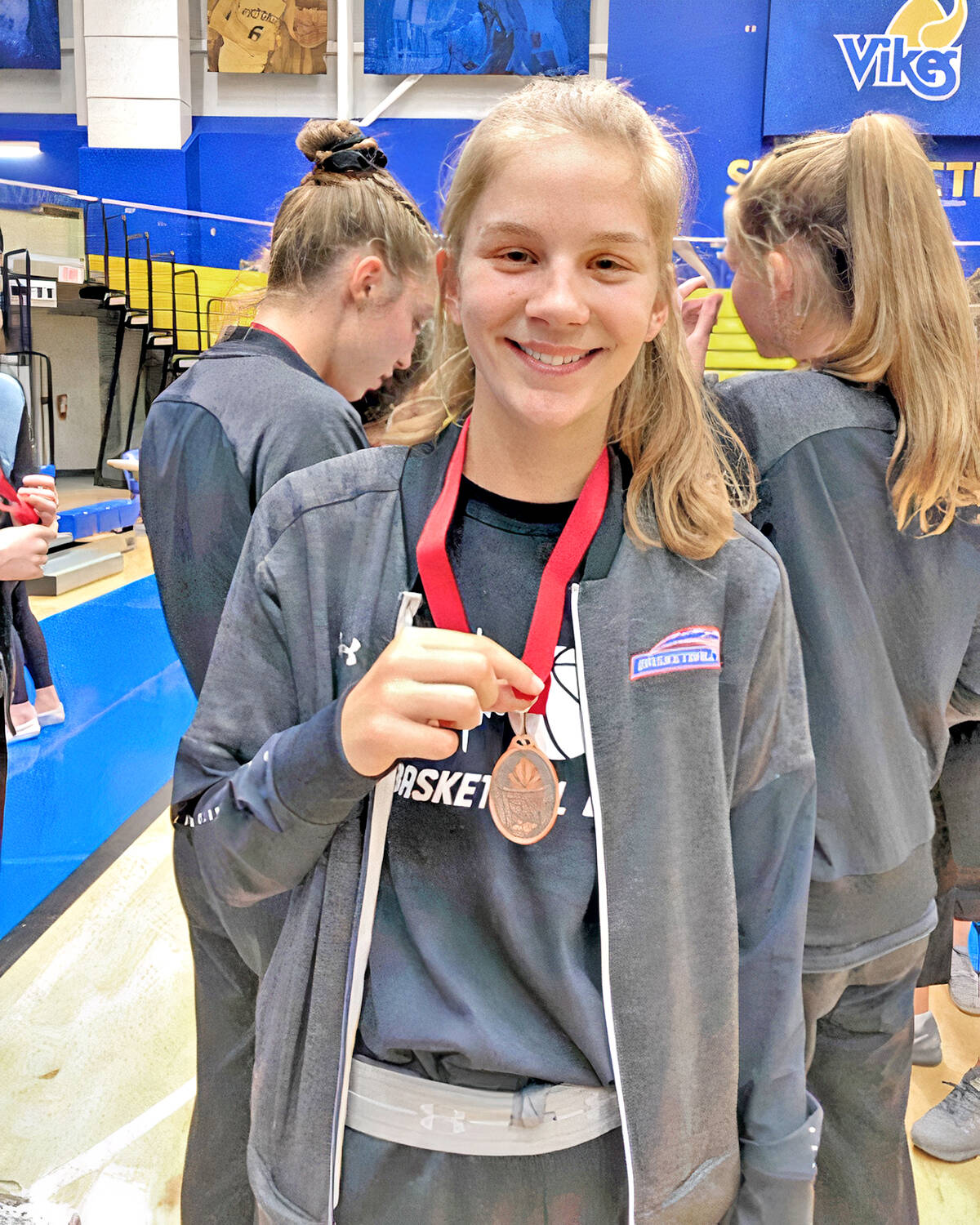 Aldergrove’s Cassidy Buchanan with her bronze medal at the U15 Girls National Championships in 2019. She will be playing for Trinity Western University in Langley. (file)

Buchanan is often asked if she plans to play professional basketball, and her answers have been noncommittal.

“The goal had always been to get to university,” said Buchanan, who graduated Brookswood with honours.

In February, she accomplished her goal, when Trinity Western University (TWU) in Langley announced her signing.

Buchanan, who will be studying kinesiology, called TWU “the best fit for me.”

“After going through the recruiting process and laying out all my options, it became obvious that Trinity Western is the right choice for me,” Buchanan said,

“She is an exceptional leader and athlete who is a student of the game and constantly striving to improve her knowledge and ability,” Jean-Paul commented.

“She is deliberate in her decision-making and is so mature in how she approaches opportunities,” Jean-Paul observed.

“She will definitely benefit those around her with her perspective and outlook.”