Now ranked 13th in the world, the 40-acre 18-hole course, located in the 1100 block of 272nd Street, will serve as “home course” for the TWU Spartans men and women’s disc golf teams, explained Hartmann, who created Raptors Knoll with Stewart McIsack in 2019.

“There’s a bunch of students on campus [who play disc golf at Raptors Knoll] who have already expressed interest.”

TWU Director of Athletics Jeff Gamache said the university sees disc golf “as a sport for the future.”

It’s goal is to recruit a minimum of six athletes for the fall to gain varsity status within the Spartans athletic department for the 2022-23 season. 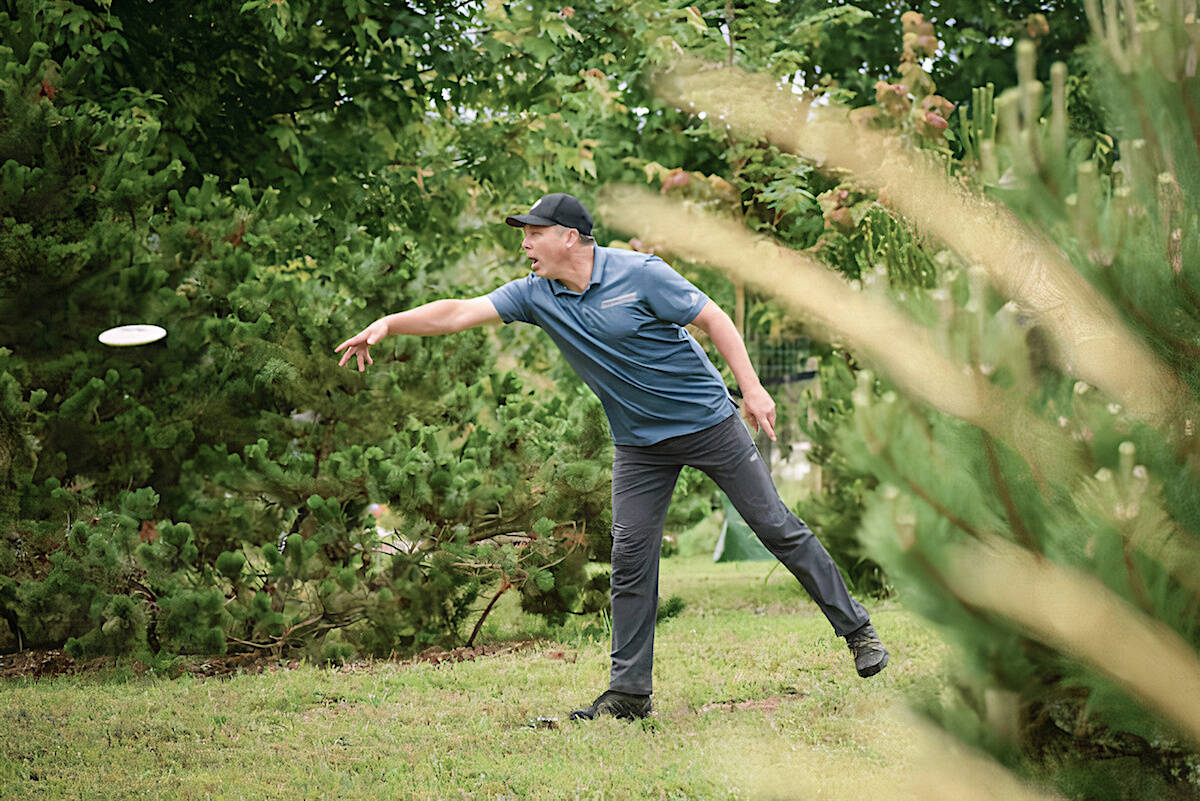 Chris Hartmann in action at the 2019 B.C. Open at Raptors Knoll Disc Golf course in Aldergrove. He will coach the first varsity level disc golf teams in Canada at Trinity Western University this fall. (file)

Hartmann is a TWU alumnus who played volleyball at the university. As a professional disc golfer since 2014, Hartmann has competed in over 85 Professional Disc Golf Association (PDGA) sanctioned events across North America and in Europe.

This summer, Hartmann will once again represent Canada at the World Team Disc Golf Championship in Croatia.

“The sport is kind of exploding,” Hartmann said.

With no other Canadian universities running varsity-level disc golf at the moment, Spartans will be competing against U.S. teams, competing in regional events in B.C., Washington and Oregon throughout the fall and the spring to qualify for the College Disc Golf Division I national championship.

TWU plans to host two events during the season and will bid to host a regional qualifying tournament in 2023.

A TWU release said the Spartans disc golf team will offer “small athletic scholarships that will vary according to the skill of the individual” and all athletes will also have access to normal TWU financial aid for academic and in need scholarships.

For more information contact Chris Hartmann at chartmanngolf@gmail.com or Jeff Gamache at Jeff.gamache@twu.ca.

Anyone interested in taking up the sport can always drop by the park, located located diagonally across from Aldergrove Regional Park.

NHL closing in on seeing its first female coach