In two years a Langley pickleball club has gone from 25 to 150 players, and tripled the amount its annual charity tournament raised for a local school.

The tournament drew more than 200 players and many more spectators.

“When they say its the fastest-growing sport, it’s true,” Roney told the Langley Advance Times.

Another indicator is the demand for playing time pickleball courts at Douglas park.

“We’ve got a big group that plays in the morning,” Roney remarked.”There are always people waiting.” 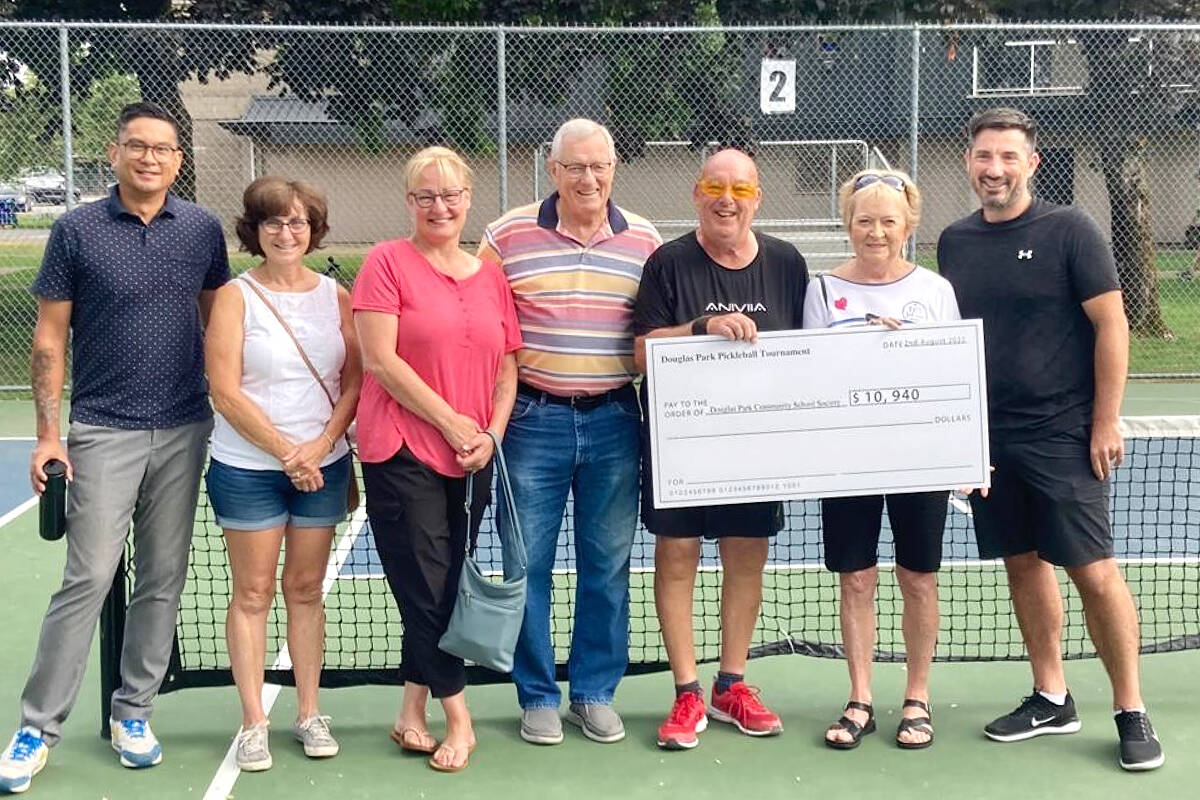 According to an online history of the sport, Pickleball was created in 1965 on Bainbridge Island in Washington by future congressman and state lieutenant governor Joel Pritchard and two of his friends, Barney McCallum and Bill Bell.

As the story goes, the three improvised the game when they coudn’t find the shuttlecock for a badminton court, exprimenting with table tennis paddles and different types of balls, and lowering the net.

There are conflicting accounts about where the name came from, with claims it was chosen by a spouse, or after a dog, or because one of the creators enjoyed hitting the ball in a way that would put his opponent “in a pickle.”

Roney says the appeal is competing in an “age neutral and gender neutral” sport.

“I’ve played against people half my age and beat them,” she explained.

“I’ve played through COVID. It’s so much fun.”

Those who want to learn more can contact the club can email: douglasparkpickleball@gmail.com or show up at the pickeball courts at Douglas Park — if they’ve have had a little training first.

“If they’ve never played before, it’s highly recommended that they take the pickleball courses at Timms [community centre in Langley City] ,” recommended Roney.

An online search for “Timms pickleball course” will lead prospective players to the adult courses listed at the centre, including the Fall 2022 pickleball classes which, as of Monday, Sept. 12, had 36 openings.

“It does fill up quite quite quickly,” Roney warned.

The club, which Roney describes as an informal group of players, is planning another fundraiser for next year, and would love to hear from potential sponsors