It was a choice between the claustrophobic confines of his dorm room or living with his family in Langley that led Jonas Van Huizen to transfer from Thompson Rivers University (TRU) in Kamloops to the University of the Fraser Valley (UFV) men’s volleyball team, which plays out of the Envision Athletic Centre in Abbotsford.

“I respect TRU a lot,” Van Huizen told the Langley Advance Times on Monday, Nov. 30, after his signing was announced.

“It’s not the school’s fault.”

Because of COVID-19 restrictions, he ended up sitting in an empty student dormitory in Kamloops and doing classes online, bored out of his mind.

“I’m isolated in my dorm with my roommate,” he described.

He could do the same thing at UFV, but staying at home, and able to spend time with family and see friends as regulations allow.

Which is why the 18-year-old is now living with his parents and two younger brothers in their Murrayville home.

“I’m really excited to be at UFV,” Van Huizen said.

“I’m ecstatic,” Bennett said of Van Huizen, who he predicts will be a strong addition to the Cascades offence.

“He adds a competitive nature to our program, and a high volleyball IQ. We’re pleased to continue to build with local talent, and we’re happy that Jonas has chosen us as we build our competitive environment,” said Bennett, who took over in 2019, tasked with seeing the Cascades program through its final PACWEST campaign and building towards its Canada West conference debut.

Van Huizen, a 6’3” setter out of Langley Christian Secondary, was recognized as the No. two-ranked graduating senior in B.C. in the Class of 2020, according to VarsityLetters.ca’s annual coaches’ poll to determine the province’s top 15 prospects.

The Cascades now have two players from that list, with Van Huizen joining No. four-ranked Tyson Ardell, who played against Van Huizen as a member of the gold-medal winning MEI Eagles in 2019 at the 2A Boys BC Secondary School Volleyball Provincial Championship, held at Langley Events Centre

“I think he’s [Van Huizen] going to be a great centre,” Bennett enthused.

“He has a very high ceiling when it comes to the setting position. I don’t think he’ll ever reach it.”

As a high school player, Van Huizen and the Langley Christian Lightning took silver at the provincial championships in 2019.

On the club scene, Van Huizen picked up U18 first team provincial all-star honours with the Fraser Valley Volleyball Club, and joined forces with Ardell to help Team BC win gold at the Canada Cup in Halifax in 2019.

He also had an outstanding basketball career, but opted to specialize in volleyball.

“I chose UFV because I want to create a legacy here,” said Van Huizen, who plans to study business.

“Being UFV’s first year playing U SPORTS volleyball, I can be a part of something great. The team has a lot of potential to do amazing things in the next three or four years, along with a coach who has experience playing at the top level and knows what we will need to be successful. We have a great group of guys who all have the common goal of winning and creating a legacy that will continue on for many years to come.”

On Monday, UFV announced another TRU transfer would be joining their team as well.

Nimo Benne, a towering 6’8” outside hitter from the Netherlands, earned Canada West rookie of the year honours at TRU in 2019-20. 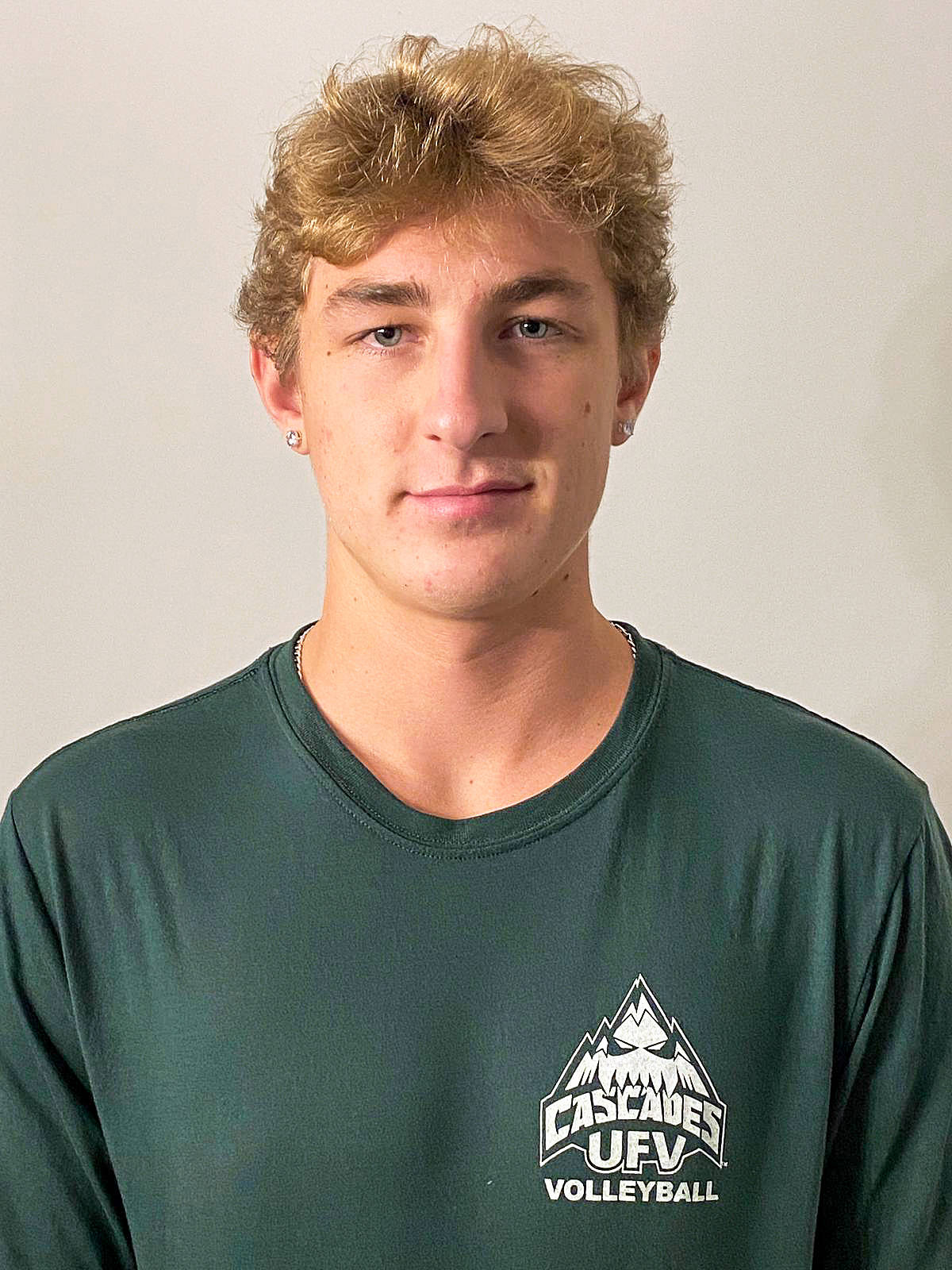 Jonas Van Huizen will be wearing UFV Cascades colours, not TRU, following his transfer to be closer to home, UFV announced on Monday, Nov. 30, 2020 (special to Langley Advance Times)