With their season on the line on Friday night, the Langley Thunder could not complete the comeback, falling 11-10 to the Burnaby Lakers.

Hosting Burnaby in game two of the opening round best-of-three BC Junior Tier 1 Lacrosse League playoff series at Langley Events Centre, the Thunder trailed for by multiple goals for much of the game but showed resiliency to tie the score at 10.

However, with 2:12 remaining, the Lakers’ Xander Cabeca put the visitors ahead for good. The Thunder did have two chances to force overtime in the dying seconds as their shot hit the post and in the ensuing scramble for the loose ball, it came close to crossing the goal-line.

hit the post and then watched a second attempt come close to crossing the goal line to force overtime.

The Lakers had taken game one on July 6 at Burnaby’s Bill Copeland Arena by a 6-5 score. 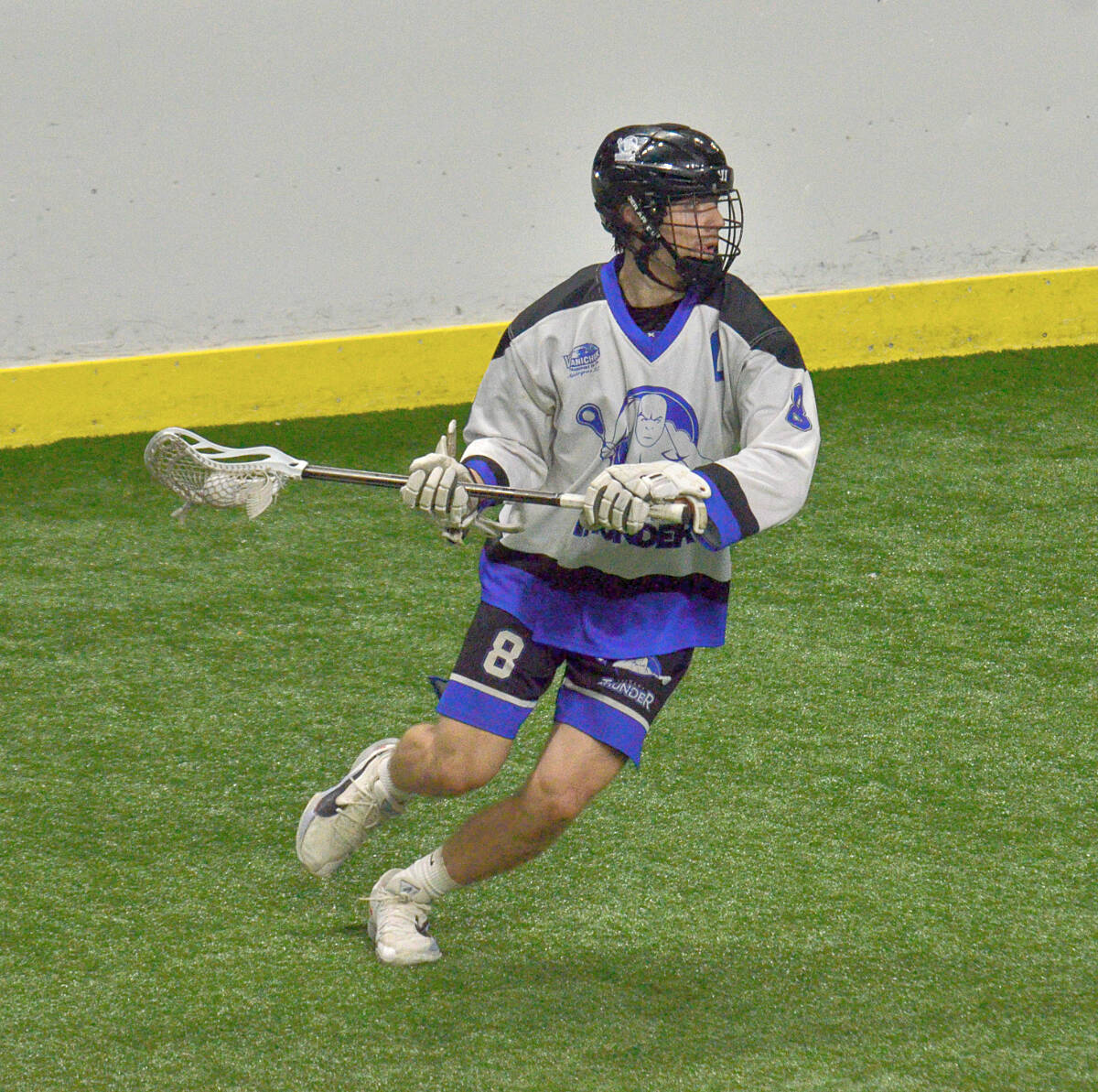 “(Burnaby) deserved to win. They played hard and they played better than we did,” said Langley coach Darren Buchan. “Someone has to lose, and they were the better team this series.”

“But it was a great experience this year.”

The fact Langley was even in the game was a huge credit to Thunder goalie Noah Kozevnikov, who finished with 50 saves as his team was outshot 61-34.

Burnaby led 4-1 after one period before the Thunder offence awoke in the second period with six goals to cut the deficit to 9-7 with a period to play.

Langley managed eight goals on their first 17 shots – which came over the first 42:28 of the game – but could only score twice more over their next 17 shots.

“All throughout this series, we shot ourselves in the foot: our defence played strong, our goaltending was good, we took penalties, our offence couldn’t get it together at times, and then when they did it together, we couldn’t hold it together,” Buchan said. 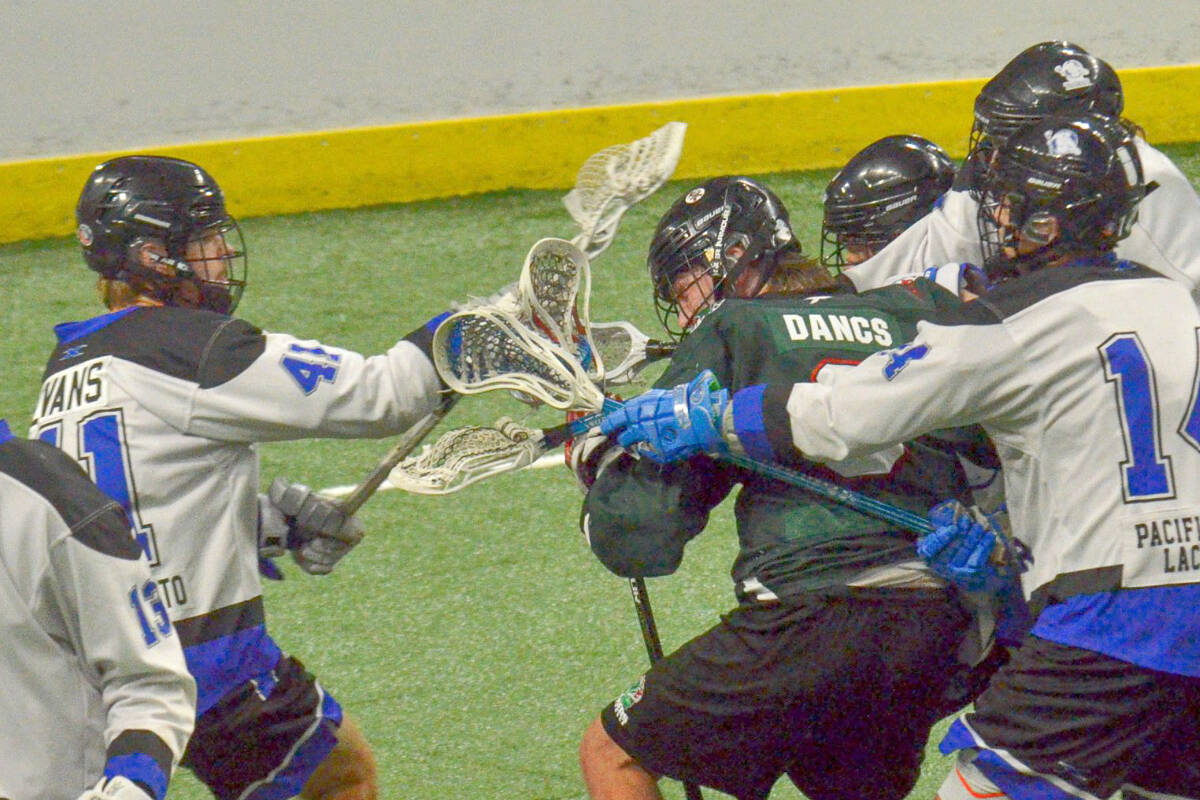 Langley Tier 1 Thunder could not complete their comeback Friday, July 8 at the LEC, falling 11-10 to the Burnaby Lakers. (Langley Events Centre)

The Lakers managed four power play goals as the Thunder were called for 11 minor penalties.

Langley’s offence was led by four goals from captain Jack Margetson while Bailey Vanichuk had two goals and an assist. Hudson Zazelenchuk, Kanen Hunter, Jack Bamford and Braiden Struss had the other goals while Hunter, Graysen Balatti and Erik Forsselius each had two assists.

Lakers had taken game one on July 6 at Burnaby’s Bill Copeland Arena by a 6-5 score.

Burnaby led 3-2 after one period and 6-3 through 40 minutes and while Langley would cut the deficit to a single goal in the final frame, they could not find the equalizer.

Liam Taillefer, Hunter, Vanichuk, Struss, and Margetson had the Thunder goals in the game one loss.

Canadian men to face Qatar, Uruguay in September ahead of World Cup