Trailing 5-2 early in the second period, the Langley Thunder power play went to work. The Thunder man-advantage unit scored three straight goals – which were also part of a larger 8-0 run stretching to the third period – in a 10-8 victory over the visiting Victoria Shamrocks on Saturday(Aug. 13) at Langley Events Centre.

The game five win gives Langley a 3-2 lead in the Western Lacrosse Association best-of-seven semi-final series with game six set for Sunday at Victoria’s Q Centre. A Shamrocks victory would set up a winner-take-all game on Tuesday (August 16) back at Langley Events Centre and the winner advances to face the Nanaimo Timbermen in the WLA Championship Series.

“We were playing this game like a game seven. Our backs were against the wall; we didn’t want to be in a must-win situation going into Victoria tomorrow. We knew we had to put our foot on the gas and give ourselves a lead going into the third and we did a good job of doing that,” said Langley’s Curtis Dickson, the game’s first star following a two-goal, seven-point effort.

Langley jumped out to a 2-0 lead with goals 20 seconds apart before Victoria closed the period with four straight and then made it 5-2 early in the second.

The Thunder power play then went to work, scoring on three consecutive man-advantage opportunities. Dickson said the key was good ball movement and not trying to force the play.

“It was just a matter of hitting our shots. I thought we had some good looks in the first, but their goalie was playing well,” Dickson said of the Shamrocks’ Colin Jeffery, who was a surprise starter with Pete Dubenski unavailable for game five following back-to-back victories in games three and four. 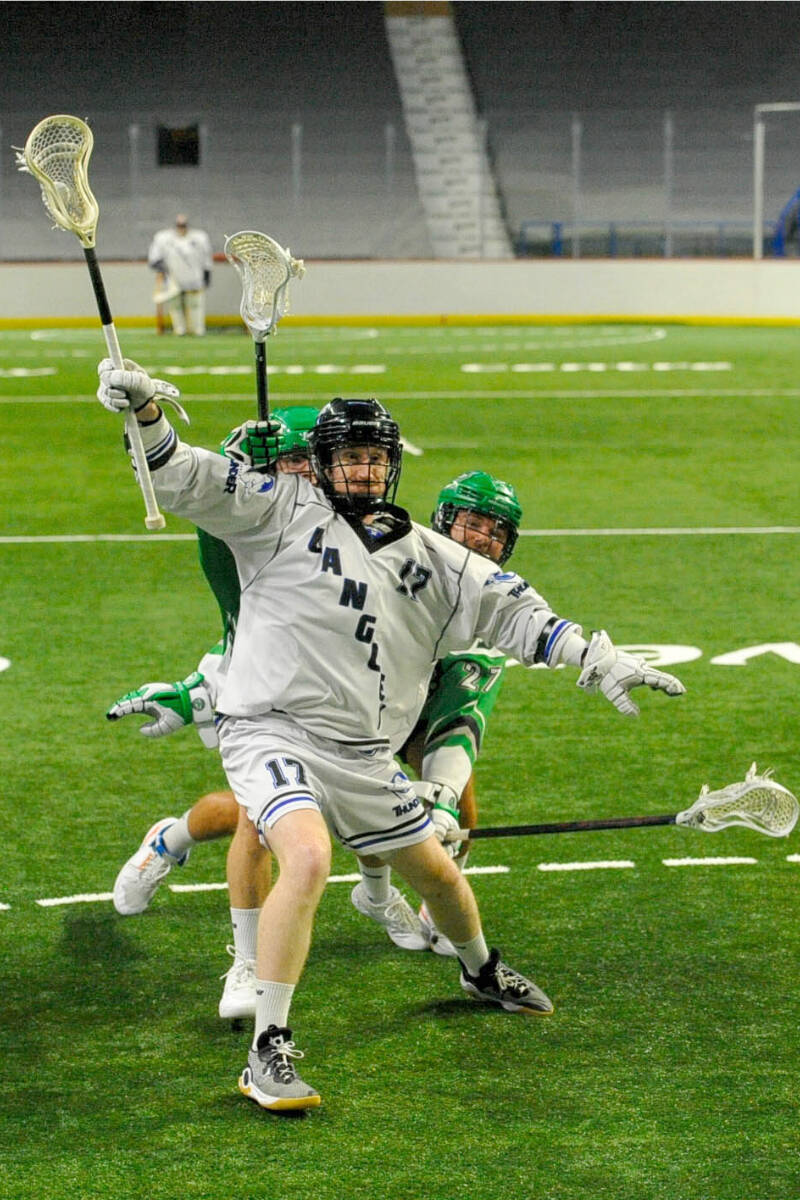 Curtis Dickson led all scorers with seven points for the Langley Thunder in a 10-8 victory over the visiting Victoria Shamrocks on Saturday, Aug. 13, at Langley Events Centre to give Langley a 3-2 lead in the Western Lacrosse Association best-of-seven semi-final. (Gary Ahuja, Langley Events Centre)

“At times on our power play, we have just been trying to get the ball on net rather than making that extra pass and getting better looks. I thought we moved the ball well and shot the ball well.”

Langley also scored three more goals – including another one on the power play — before the period was done for an 8-5 lead after 40 minutes. They then tacked on another pair of goals to make it 10-5 before Victoria scored three times in the latter half of the third period, the last two coming with the goaltender pulled for the extra attacker. They would get no closer, however.

“It was a must-win for us. We came into this game thinking like it was our last. That is how every game from now on has to be treated. The boys really showed up. We clocked in today and got the ‘W’,” said the Thunder’s Trent Kellner.

Scigliano finished with 37 saves on 45 shots.