Lightning head coach Danielle Gardner was “really happy” with the outcome, considering it had been two years since the team played in a tournament.

“Last year, we didn’t have a season,” Gardner pointed out.

“A lot of the kids played in clubs” and the team held practices during the COVID-caused downtime, Gardner added.

“We showed a lot of grit,” Garner summarised. 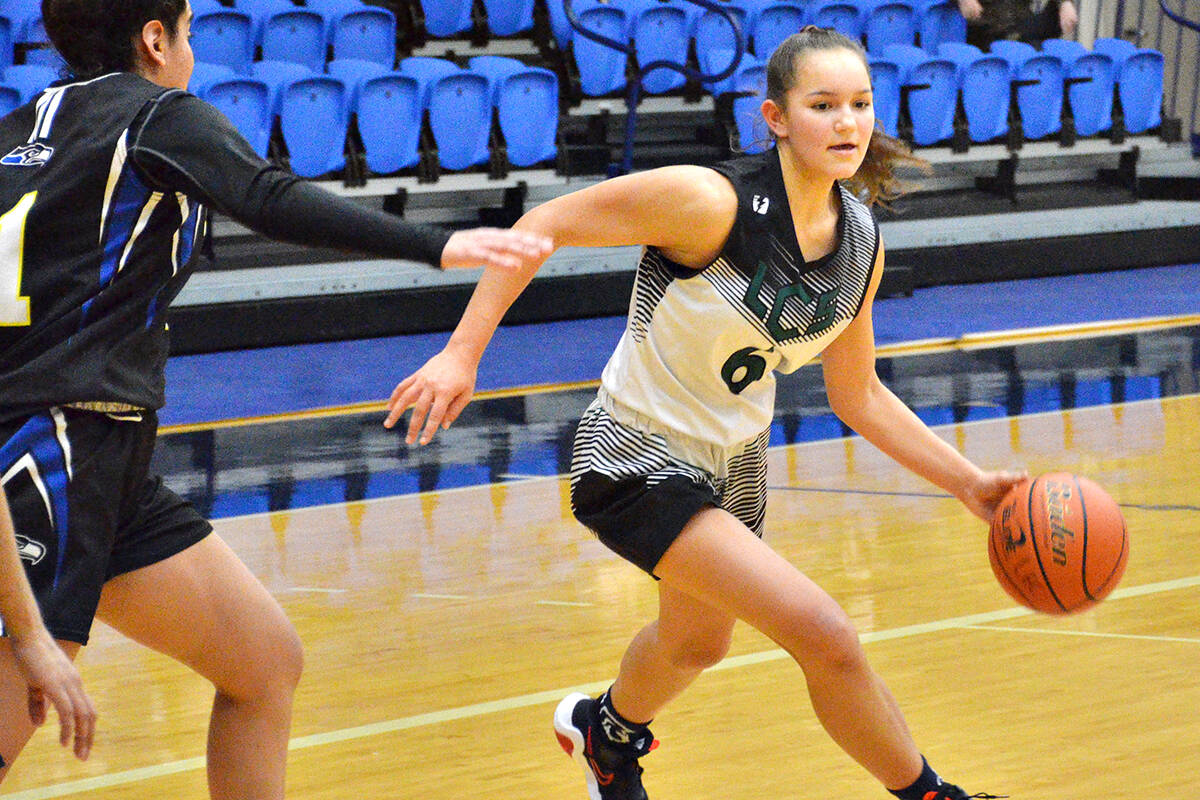 The gold medal match at TBI came down to a pair of teams that are less than four kilometres apart, the Riverside Rapids and Terry Fox Ravens.

The Terry Fox team entered the as the top-ranked senior girls 4A team in the province won the junior girls’, while the Rapids were ranked sixth in the most recent polls.

Rapids’ Venica Davignon described the Ravens as “our biggest rivals, our biggest threats. ‘

“Our team just put everything on the line and to finally come through and beat them is just amazing,” said Davignon, who earned tournament MVP honours and scored a team-high 18 points in the victory. 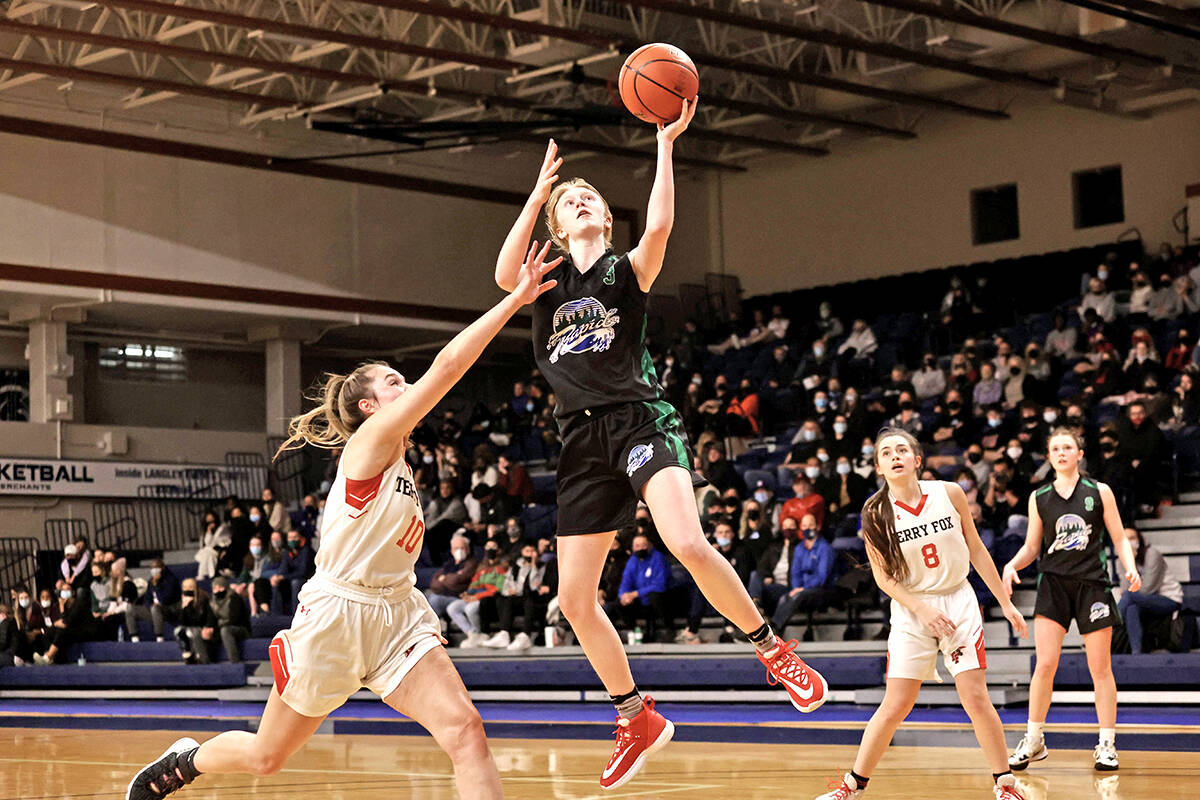 The championship final featured six ties and 13 lead changes with the Rapids up a point at the halftime break, 37-36. Terry Fox did build a six-point lead in the third quarter before Riverside took control down the stretch.

Riverside coach Paul Langford admitted the victory was a little unexpected but said the coaching staff can now point to this game as proof to the team that they do have the ability to rise to the occasion if they play to their potential.

Terry Fox was led by 21 points from Ana-Maria Misic.

RELATED: Langley Bobcat’s Konig gets the call to try out for WNBA