Aldergrove Kodiaks suffered a 6-2 loss to the Chilliwack Jets on Wednesday, Dec. 15 on home ice at the Aldergrove Credit Union Community Arena.

Jets scored twice in the first period and once in the second before Aldergrove got on the scoreboard, with Lewis Nikkel scoring off an assist by Carson Preston and Kale Taylor.

Chilliwack scored again in the second, and after Carson Preston notched the Kodiaks second goal in the third, assisted by Hunter Brown and Callum MacDonald, the Jets scored twice more.

Preston was named third star of the game.

Aldergrove returns to the ice against Surrey on Wednesday Dec. 22.

Their post-Christmas schedule begins with a road trip Dec. 30 playing Port Moody in an afternoon game that starts at 1 p.m.

Meanwhile, Langley Trappers bounced back from a Dec. 8 4-1 loss to Mission City with wins against Abbotsford and a victorious return engagement against Mission City.

The Wednesday, Dec. 15 win against Abbotsford Pilots saw Lleyton Shearon score twice for the Trappers, with Nicholas Cormack, Brendan O’Grady and Jamie Hylands rounding out the scoring for Langley in a 5-3 final tally.

Shearon, O’Grady and Cormack were stars of the game.

On Saturday, Dec. 18, Trappers avenged their defeat by Mission, with Cody Bathgate getting two, Benjamin Weys, Cody Bathgate, and Nicholas Cormack adding points for Langley in a 5-3 road victory. 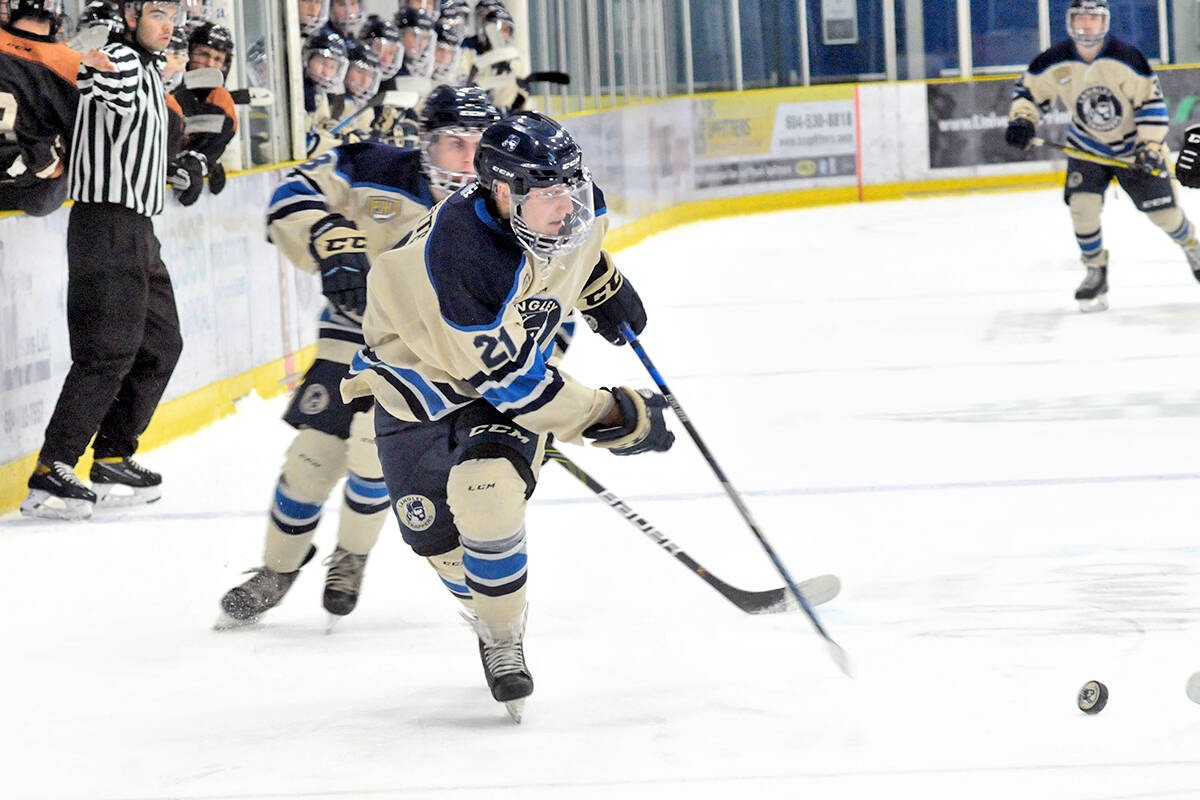 Trappers were set to host Ridge Meadows on Wednesday Dec. 22.

Their first post-Christmas game was set for Jan. 1 against Delta Ice Hawks.