Sunday night at Rogers Arena the Vancouver Giants earned a 4-1 victory over the Tri-City Americans during the Chevrolet teddy bear toss.

And some new faces for the Vancouver Giants are being credited with having a huge impact on the outcome of the 2019 teddy bear toss game.

Forward Tyler Preziuso scored twice in his Giants debut (in the third period) to help cement a 4-1 victory over the Tri-City Americans (12-12-2-1).

Connor Bouchard had the lone goal in response for Tri-City who were outshot 53-26 by the Giants on Sunday.

VAN – Michal Kvasnica scored the famed Teddy Bear Goal of 2019 for the Vancouver Giants at 4:04. He took a pass from Tristen Nielsen at the Tri-City blueline, skated into the left circle and wired home his shot from the left-wing circle past Beck Warm to make it a 1-0 game.

VAN – Connor Horning then extended the Giants lead at 15:55 off a low shot from the high slot that snuck past Beck Warm’s stick and in. Horning’s first as a Giant was assisted by Justin Sourdif and Bowen Byram.

TC – 1:07 into the third, Connor Bouchard potted the lone goal of the game for Tri-City in close off a feed from Krystof Hrabik. Bouchard’s seventh came just as a Tri-City power play had expired.

VAN – A minute and 45 seconds later the Giants answered when Tyler Preziuso knocked home a Tristen Nielsen rebound past Beck Warm for his 10th goal of the season.

VAN – Preziuso wasn’t done. At 6:34 of the third he wired home a shot from the slot on a Giants power play, increasing the Vancouver lead to 4-1. Tristen Nielsen and Bowen Byram drew the helpers on Preziuso’s 11th goal.

• The Giants set a new season high for shots on goal Sunday with 53.

• The Giants have outshot their opposition in five straight games, and in 20 of their first 29 games altogether.

• Thanks to his three-assist effort, Tristen Nielsen has now registered five goals and five assists for 10 points in his past six games.

• The Giants improved their record against Tri-City to 2-1 on the season.

• Tomorrow (Monday) Bowen Byram will be heading to Oakville, Ont. to join Team Canada at their World Junior Selection Camp.

• The teddy bears will be donated to the Lower Mainland Christmas Bureau. 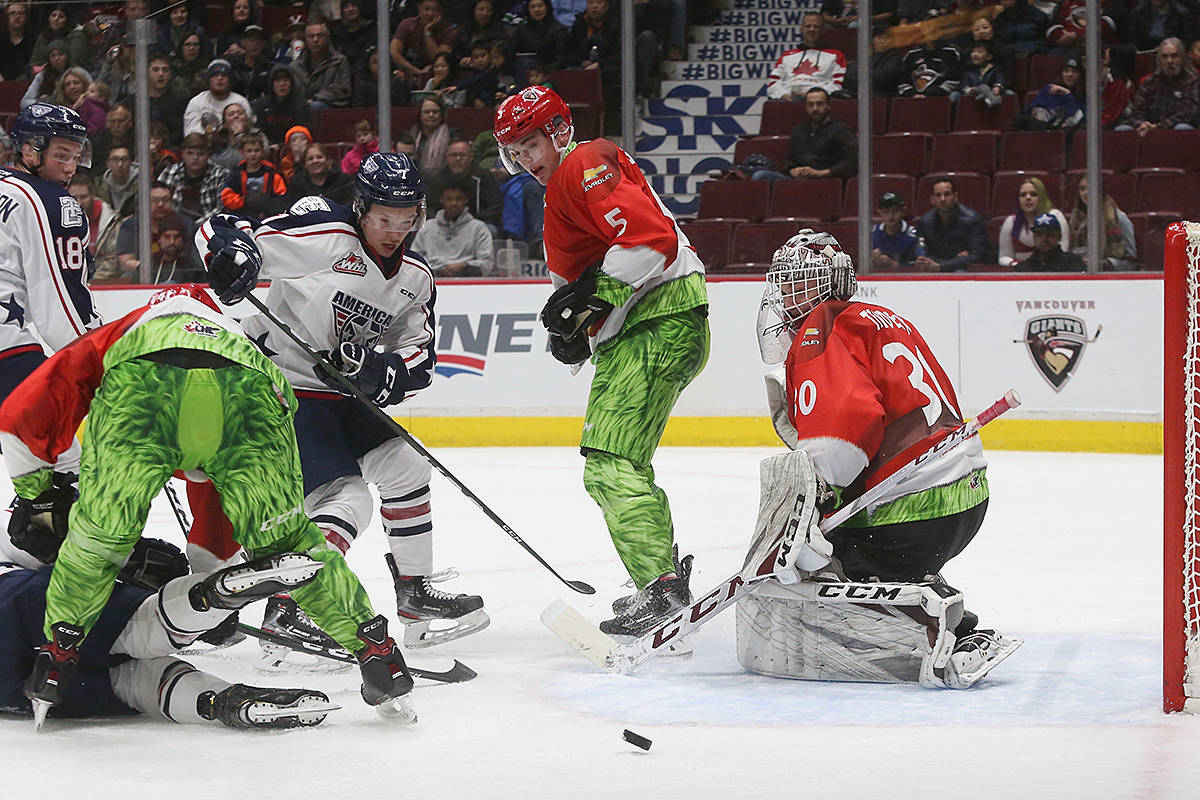 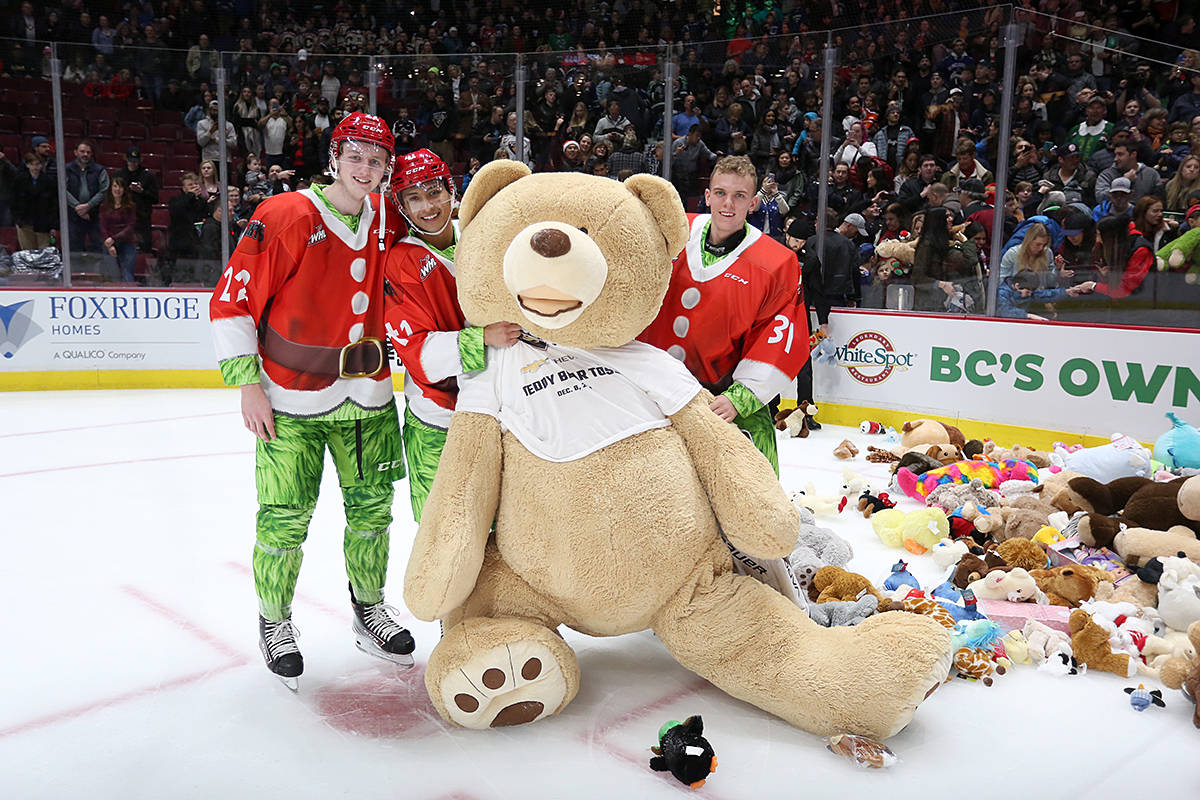 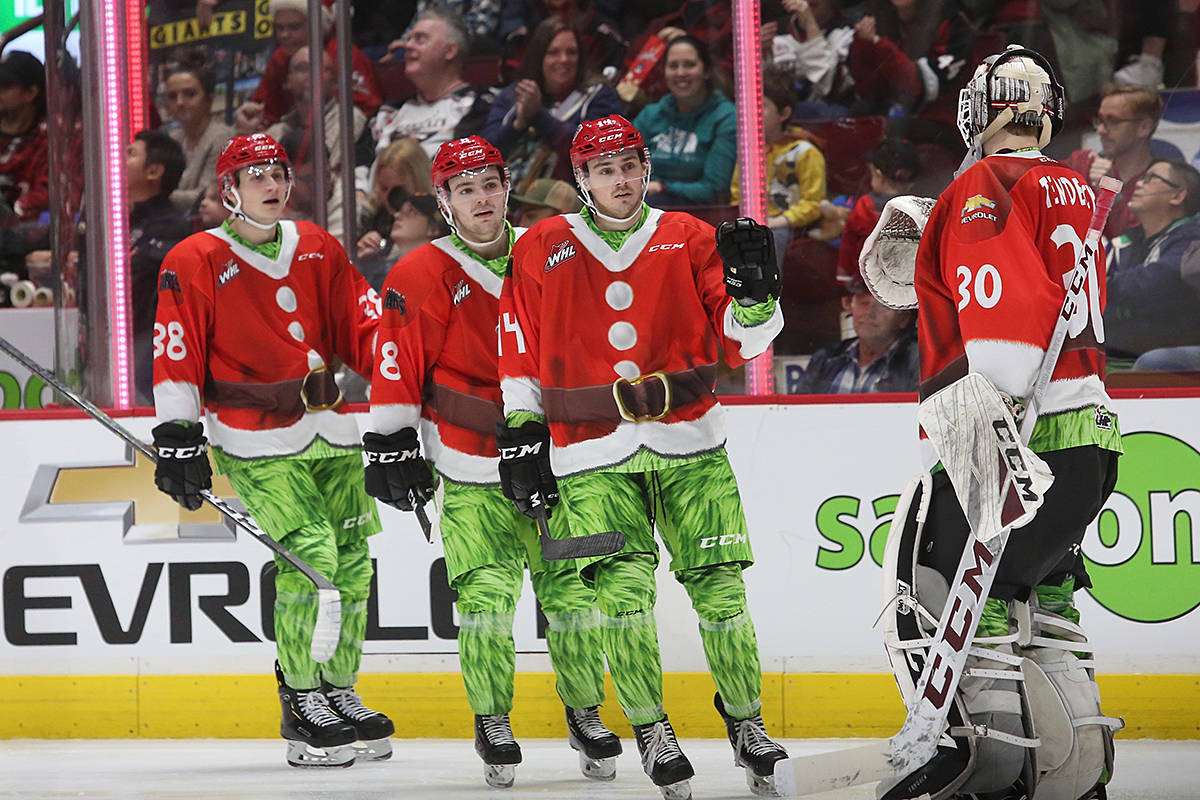 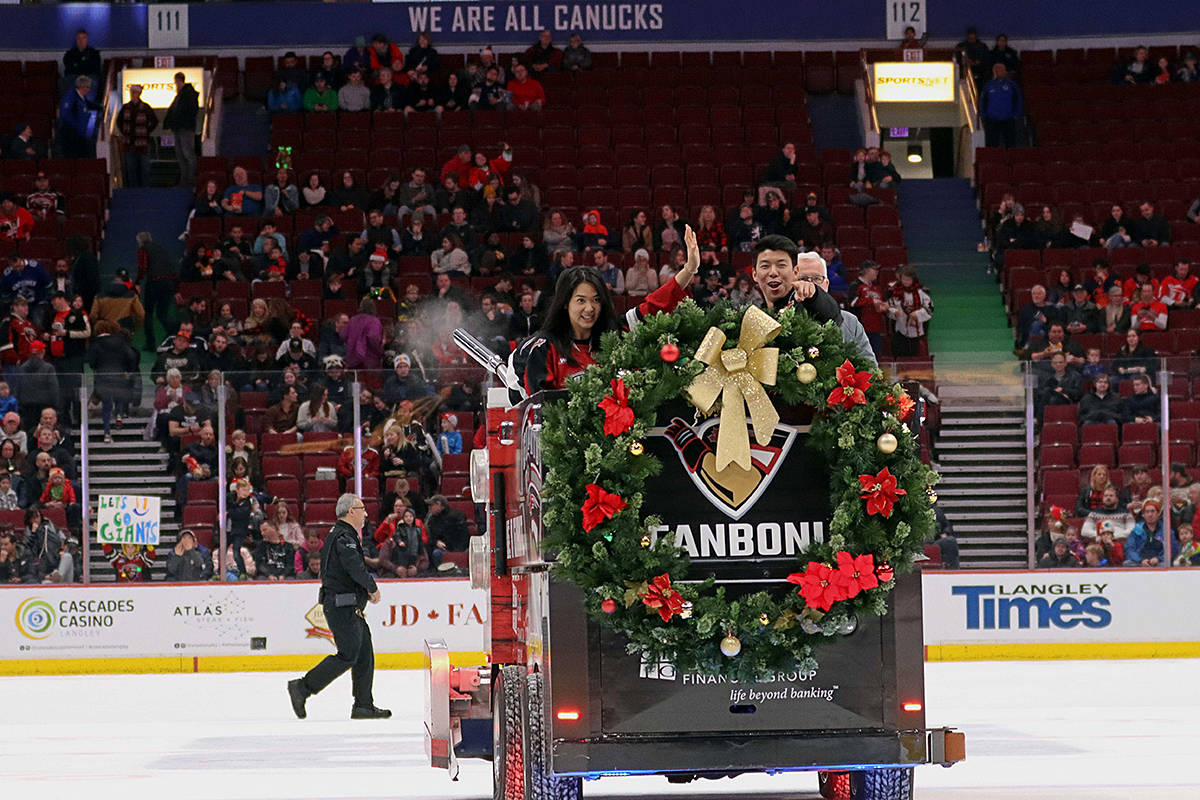 The teddy bear toss game for the Giants was held at Rogers Arena in Vancouver on Sunday. (Rob Wilton/www.rjmedia.tech)

Singing with Santa at the good old hockey game 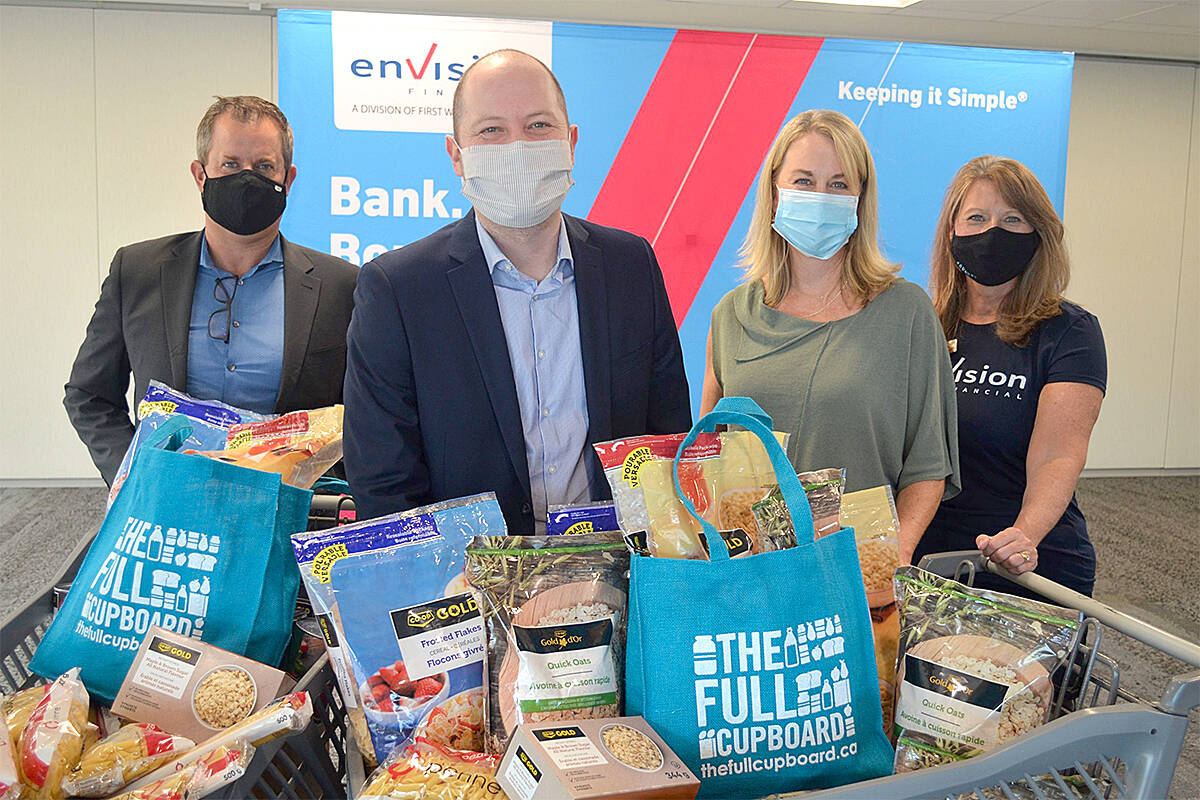