Luna, a brave furry feline boy, was among the 40 cats and dogs, that were microchipped in Aldergrove on the weekend.

The pets belonging to low-income families from throughout Langley were microchipped by a team of volunteers at Langley An- imal Protection Society (LAPS) on Saturday, April 2.

The animal welfare society received an “incredible” response from the community, as all the 40 spots were filled well in advance, said executive director Sarah Jones.

As tiny as a grain of rice, the microchip is designed to help reunite lost pets. They were injected near the shoulder blades of each animal. Before injecting the chips, the vets examined the pets to understand their health conditions and check for prior implantation.

The need to give more pets a permanent form of identification was realized after a large number of mis- placed animals were admitted to the local society during the recent floods, said Dr. Morgan Carey of Brook- swood Veterinary Hospital.

“This permanent form of identi- fication can be scanned if the pet is ever lost or gets out of home. The chips can be scanned by readers that many veterinary hospitals and ani- mal protection societies carrey. They scan a number that is registered in a national database,” explained Carey.

In the past, some cats and dogs received tattoos, which had to be traced back to a particular vet clinic which hopefully had information on the owner.

Microchip details are more easily accessible and easier for owners to keep updated, Jones noted. She predicted days in advance that the staff would have a productive and busy day.

Carey, who was part of a three-member team, including Ann Dirksen and Hanna Wittmer, micro- chipped at least 10 dogs and cats that the day. The day indeed seemed pro- ductive as she welcomed one pet after another every 10 to 15 minutes.

If a major health issue was detected in the animal, the doctors quickly notified LAPS staff, who could then offer free services to low-income pet owners through their Major’s Legacy Fund.

The fund provides one-time-only fi- nancing of up to $1,000 to approved applicants for veterinary costs.

RELATED: Stray pigs get gussied up for new Langley homes

Luna, one of the furry pets who visited LAPS, was getting a permanent identification for the first time.

His pre-implant check went well and luckily no health issues were detected.

“He is in pretty good shape. His eyes, ears, and teeth look good,” announced Dr. Carey before picking up the syringe to implant the chip.

“That is it,” said Dirksen, smiling, her warm hands keeping Luna calm throughout the process.

Then, the team picked up the reader, and the scan worked, confirming a successful implant. The trio celebrated, said goodbye to Luna, and prepared themselves for the next visitor. 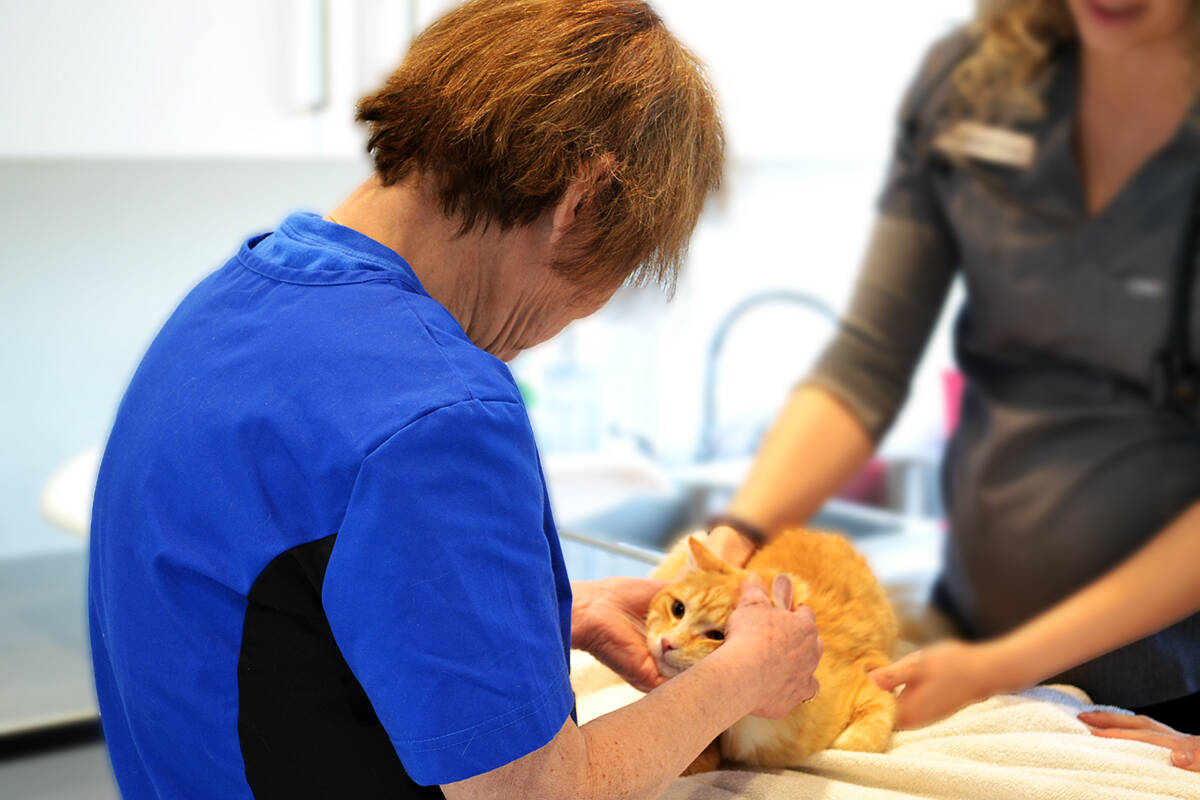 VIDEO: Fundraiser by mom to help many with autism