Pauline Audet faced health issues most of her life, and as such was an advocate and often a guinea pig for experimental medical advancements right up until her death two years ago on Halloween.

It was Audet’s tenacity, determination, and moreover her eagerness to help others that motivated the creation of a new fundraising event in Langley.

“This one is for her,” van den Broek said.

While this gala has been in the planning stages since April, the past month has been spent ironing out all the final details for the winter wonderland-themed event set to “rock” Cascades Casino on Saturday, Jan. 25.

“Super exciting,” van den Broek said of her mood as she unveiled the news.

All about raising money

Without question, van den Broek’s mother was her initial inspiration for creating the gala.

“My mom was my hero. What she went through her entire life, she was a hard working woman, and she took care of us. And I just wanted to make sure she’s never forgotten.”

The mayor’s mother was the strongest woman she knew.

Audet was a mother of three who was widowed at 35. She survived three open heart surgeries. She was the first woman in Canada to have pig valves implanted during the 1970s.

“All that, you think she’s going to survive anything and everything,” van den Broek recounted.

Then a few years back, her mother was diagnosed with stage 4 breast cancer, underwent a mastecomy, and died due to a blood infection.

“If I can do something like this, and honour her memory, and help people – I thought what a fantastic match,” van den Broek said.

But the gala will be about more than just carrying on a mother’s tradition of raising money for medical advancements.

Van den Broek wants to help other “strong” women to overcome through their own health issues.

That’s why she chose to raise money for the Langley Memorial Hospital Foundation – and specifically earmark funds from the inaugural event to women’s health care.

“Langley Memorial Hospital Foundation, it was an automatic go to, given what I wanted to do,” she explained.

The money will be donated specifically to programs and equipment for women’s health care in Langley.

“I think women’s health issues are really important. I really wanted this first one to be all about girl power, for strong women” said van den Broek, who has her own health issues living with endometriosis.

“My mom was always the one to go big, or go home… She taught me that. So, I’m going big,” van den Broek said.

Her initial plan, and it still remains, is to create a foundation in her mother’s name. But with that process taking longer than anticipated, van den Broek said she didn’t want to wait to start doing good.

“That’s why everything is going to have little touches of her everywhere,” van den Broek said.

This time around there will be tributes to her mother throughout.

For instance, the event is being held in January, which not coincidentally was her mother’s birthday month.

There will be lemon meringue pie – her mother’s favourite – served for dessert.

The winter theme also reflects one of her Mom’s passions.

“She just loved the snow. Even in her 60s, she’d still go outside and have snowball fights,” van den Broek recalled.

While her mother was her inspiration behind creating this inaugural gala, the mayor said Mom will not always be the focus.

“Going forward, it will be dedicated in her name, but every single gala will not be for her. But it will carry on the tradition of raising money in her name,” the mayor said.

She first started as a volunteer with Langley RCMP in 2001 and a few years later joined the civilian staff.

When she thought about holding a mayor’s gala, and was pondering community partners, she insisted the local police were her obvious choice.

“It was a natural fit,” she said, anxious to offer a somewhat formal (but not military-style) local event where RCMP members could attend in red serge but still feel comfortable enough to have some fun.

“Langley RCMP is delighted to partner with Mayor van den Broek for the upcoming Winter Wonderland Charity Gala,” he said, excited to see the cause benefit the Langley Memorial Hospital Foundation and health care needs for women in Langley.

Tickets went on sale Tuesday, with tables of eight selling for $1,200, or individual tickets available for $150, with an expectation there will be about 220 guests in attendance.

The hunt is on now for volunteers, sponsors, as well as auction items (both for live and silent auctions).

Some information on the event is available online at: mayorsgala2020.com or those interested in helping out can email Mayor Val van den Broek directly at mayorsgala2020@outlook.com.

The gala, she said, is expected to continue to be an annual fundraiser for the hospital.

And while this year’s funds are dedicated to women’s health care, van den Broek said discussions area already underway for 2021, and the possibility of raising funds for mental health care. 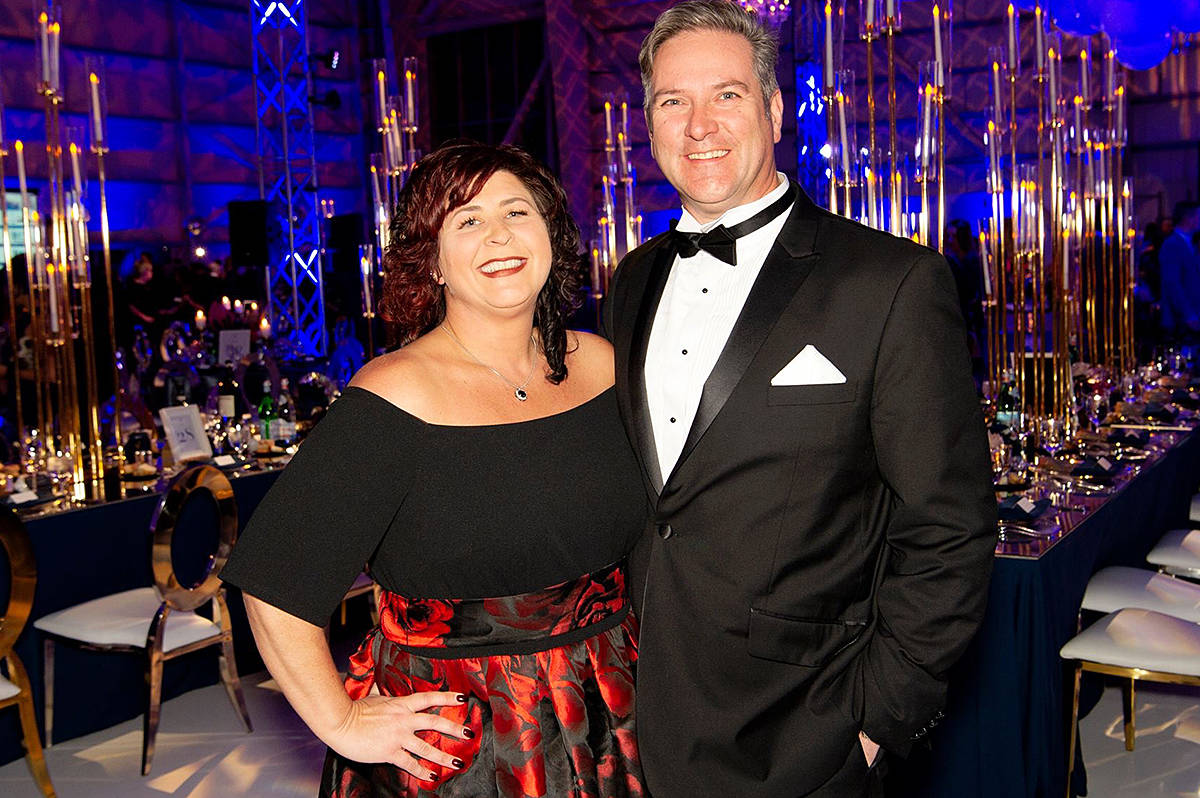 Langley City Mayor Val van den Broek, and her husband, Rob, attend many galas each year. This January, however, the mayor is co-hosting her own event. (Special to the Langley Advance Times) 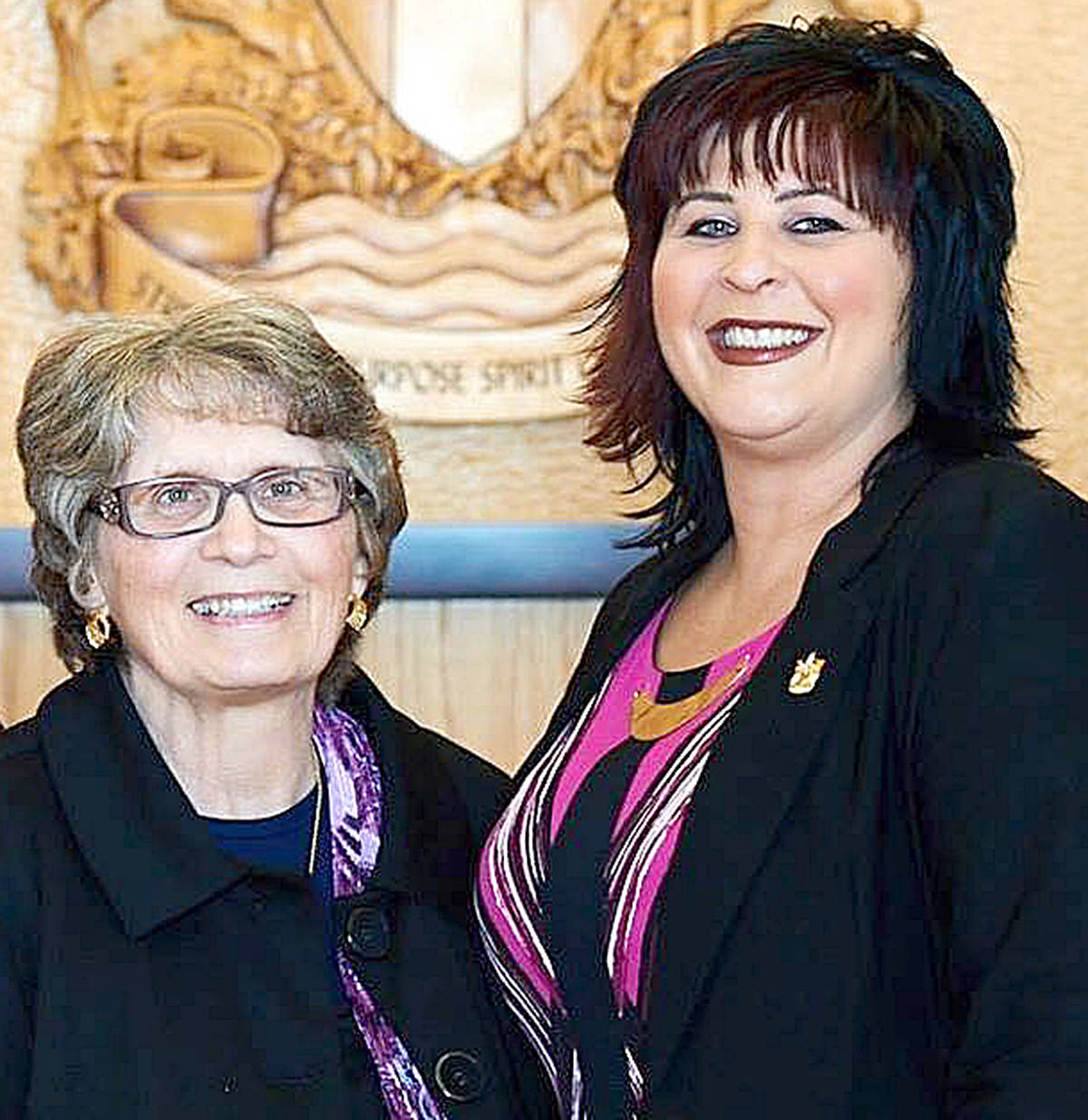 Candlelight vigil shines a light on domestic violence in Langley