Tyler Joe Miller is riding the wave of COVID right to the top of the billboard charts, and there’s no one more surprised than this local house painter by his unprecedented rise to fame in the Canadian country music realm.

Whether it’s due entirely to the pandemic or in part to an audience appreciation for his style of ’90-style country music, he considers himself incredibly fortunate to being climbing the industry ladder so quickly.

Turns out Miller, a 30-year-old who lives on the Langley-Cloverdale border, launched his music career just ahead of COVID, and all the pandemic safeguards and restrictions managed to help him leapfrog his profession in ways not typically seen in the music business, he’s been told.

“It’s been a very fast thing,” he told the Langley Advance Times.

“It’s been a real wild ride… It’s been very quick and I feel like we’ve skipped a few steps,” the singer-songwriter elaborated, expressing gratitude that he was able to forgo performing at questionable “dives” just to earn himself enough of a name that he could get some air time on radio.

“I think we just found a certain sound that we didn’t have in Canada. I think we kind of found our lane and it seems to be a little wide open for my kind of style. Radio just kind of jumped on it,” he said, referring to his gold-certified debut single, Pillow Talkin’, which he released Christmas Day 2019. It quickly earned him the title of iHeartRadio Future Star at the beginning of 2020 and became his first number 1 single at Canadian country radio.

His follow-up single, I Would Be Over Me Too, steadily rose on the charts, earning Miller the title of the first independent Canadian country artist to reach number 1 at radio with his first two singles.

That all came before releasing his third single Fighting, which went Top 10 at Canadian country radio. Then last November, the Surrey born-and-raised artist released his debut EP Sometimes I Don’t, But Sometimes I Do, with his fourth single of the same name out this past June and already garnering him a lot more attention.

All this was achieved, while working full-time as a house painter and running a non-profit organization, called The Climb Outreach Society, which provides housing, drinking water sources, as well as emergency food funds and healthcare for newborn babies in two villages in Guatemala.

Admittedly, Miller said, he never thought much of a music career until a few years ago. He had played in an alternative-rock band in his early 20s, while working in the trades as a carpenter. But he never expected it to go anywhere.

It was actually during one of his trips to Central America, while building a home for orphans, that someone heard him strumming on his guitar and singing some of his own tunes. He was encouraged to pursue a career in country music – not intended to take away from his philanthropic efforts but as a means to give a louder voice to the issues and his efforts to help. He decided to give it a go.

While he acknowledges he’s performing quite the juggling act right now – with a full-time painting job that he enjoys with his buddies, a full-time music career, and his part-time non-profit duties – Miller is confident it will all shake out the way it is supposed to.

For now, working closely with Langley musician and producer Mitch Merrett of MDM Recording, Miller is going to focus on his music and see where that takes him. With some of the venues and events re-opening, that means some live performances upcoming, including one close to home Friday.

With the COVID-turn-of-fate, Miller actually didn’t perform his very first live gig until earlier this summer in Calgary. Bewildered, he watched as a crowd of a few thousand danced, shouted, and even sang some of his songs back to him at the Calgary Stampede.

First, he figured it would be years before he could earn a spot at an event of that magnitude, second he feared he’d get up there and no one would know his name or his music. He was wrong on both fronts – as he soon learned from the crowd’s reaction.

His second ever live country gig happens this Friday, as part of Summerset Nights – a dramatically scaled down three-night music festival happening in Fort Langley this weekend (Aug. 27 to 29). The inaugural Summerset music festival was held at the Fort Langley National Historic Site over three days in the summer of 2019, and attracted thousands to see artists the likes of April Wine, Paul Brandt, and The Trews.

Then, because of the pandemic, the 2020 Summerset event was postponed and reconfigured multiple times – including the floating of a drive-in style event – before it was eventually cancelled.

The expectation this year was to have two separate festivals, one in Penticton in September and the other in Fort Langley. Initially intended to be held within the palisade walls of the fort, this year’s local festival was to feature headliners including JUNO Award winning Americana bluegrass group Tim & The Glory Boys, Langley’s own iconic singer-songwriter Daniel Wesley, and Miller’s award-winning country act.

A few weeks ago, plans to hold the event inside the fort were kiboshed, too. Now, the three-night event has the same artists but has been moved to a much more intimate setting on the outdoor patio at the Trading Post Brewing Eatery in Fort Langley (Trading Post is the sister company of Red Door Events, which is hosting Summerset).

Miller was disappointed the event had to be scaled back so significantly, anxious to perform before a large crowd again. But at the same time, he said he is excited to try a more intimate show. He’s been accused of talking to much about his music when performing, so he’s looks forward to playing a venue that will allow him to engage more in a conversation with the audience.

Miller is one of three performers on stage Friday. He shares the time with Wesley Attew and former Langley resident, Shylo Sharity.

Also performing this weekend at Summerset are The Della Kit, Omar Khan, and Daniel Wesley on Saturday night, followed by Ginalina, Old Soul Rebel, and Tim & The Glory Boys on Sunday.

Ticket are $99 each (including meal and drink) and details are available online. 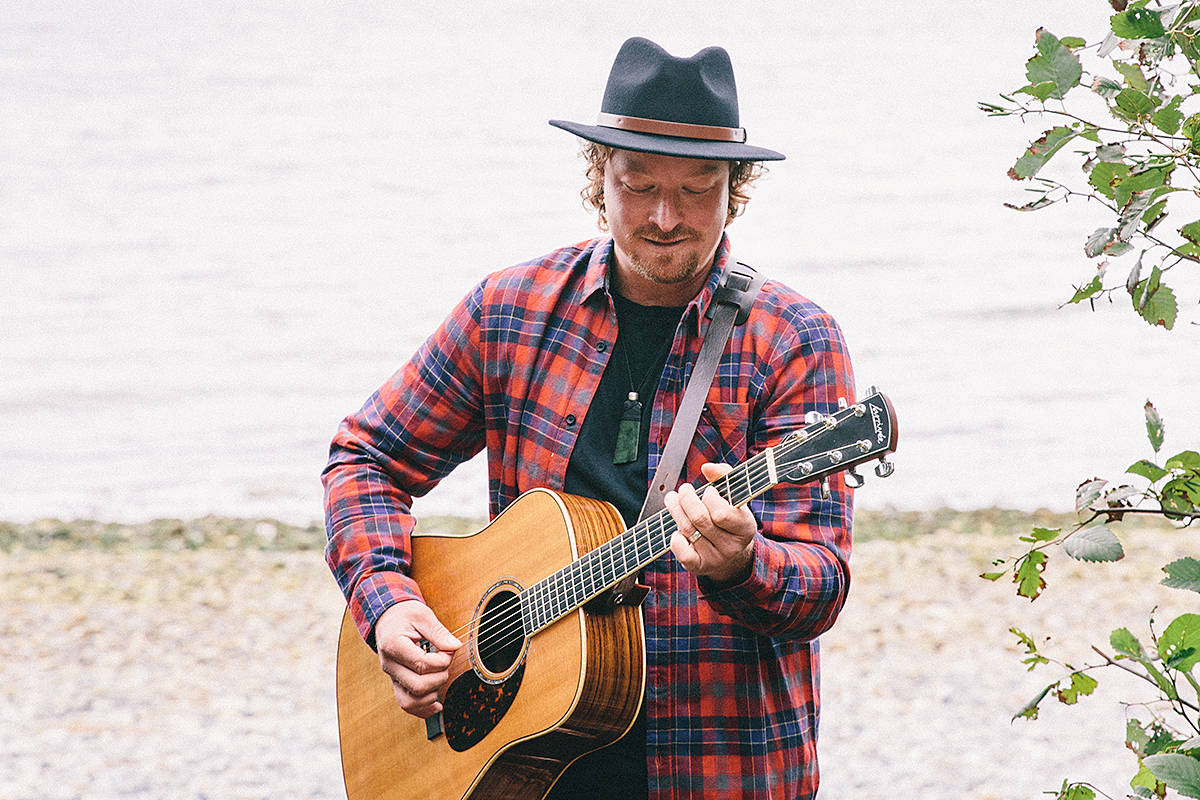 Singer and songwriter Daniel Wesley grew up in Langley, and he’s returning to town this weekend to be part of the scaled-down Summerset Festival in Fort Langley. (Special to Langley Advance Times)

COMMUNITY CALENDAR: Langley events in the closing days of September and into autumn 2022