When a Good Samaritan found a stray in Langley in late December last year, they alerted the Langley Animal Protection Society (LAPS).

But this wasn’t a dog or a cat that had been lost, it was a pot-bellied pig.

“They had no idea where he had come from,” said Jayne Nelson, executive director of LAPS’s Patti Dale Animal Shelter.

The pig was taken in, named Bebop – after the punk warthog in Teenage Mutant Ninja Turtles – and went through the normal process a lost animal experiences.

“The staff are always so creative when they are naming animals,” Nelson noted. TV show characters are a common theme.

Nelson said Bebop has been neutered, and after his health checks, has spent most of his time being socialized for life as a pet.

He was not originally very comfortable around people, but after three months with LAPS, he’s getting better.

Staff have even been teaching him tricks as part of his socialization – he can do head down, wait at doors, and touch items with his snout thanks to target training.

One trainer has started scent-training him to locate apples or lettuce in boxes. Pigs have an excellent sense of smell, and in Europe are used to locate truffles underground.

Small pig breeds were originally reared as livestock, but in North America have been adopted as pets over the past few decades.

“They certainly are very sweet, and can make good pets, for the right people,” Nelson said.

They are more complicated to take care of than a dog or cat, she noted, and anyone considering adopting a pot-bellied pig should do their research in advance.

Nelson said one element that’s very important is that most pigs seem to need another companion of their species, and can get aggressive if one isn’t present, so two pigs may be needed.

Right now, Bebop remains at LAPS, but his adoption has already been arranged. He’s headed off to a rural home at the Happy Herd Farm Sanctuary.

Garth is a pot-bellied/market pig cross the Happy Herd took in following an SPCA seizure of animals from a Maple Ridge property. The sanctuary was looking after Garth’s mom when she gave birth to piglets, and as the rejected runt of the litter, Garth got to stay.

Now Marsh is hoping he and Bebop can hang out together on the farm. 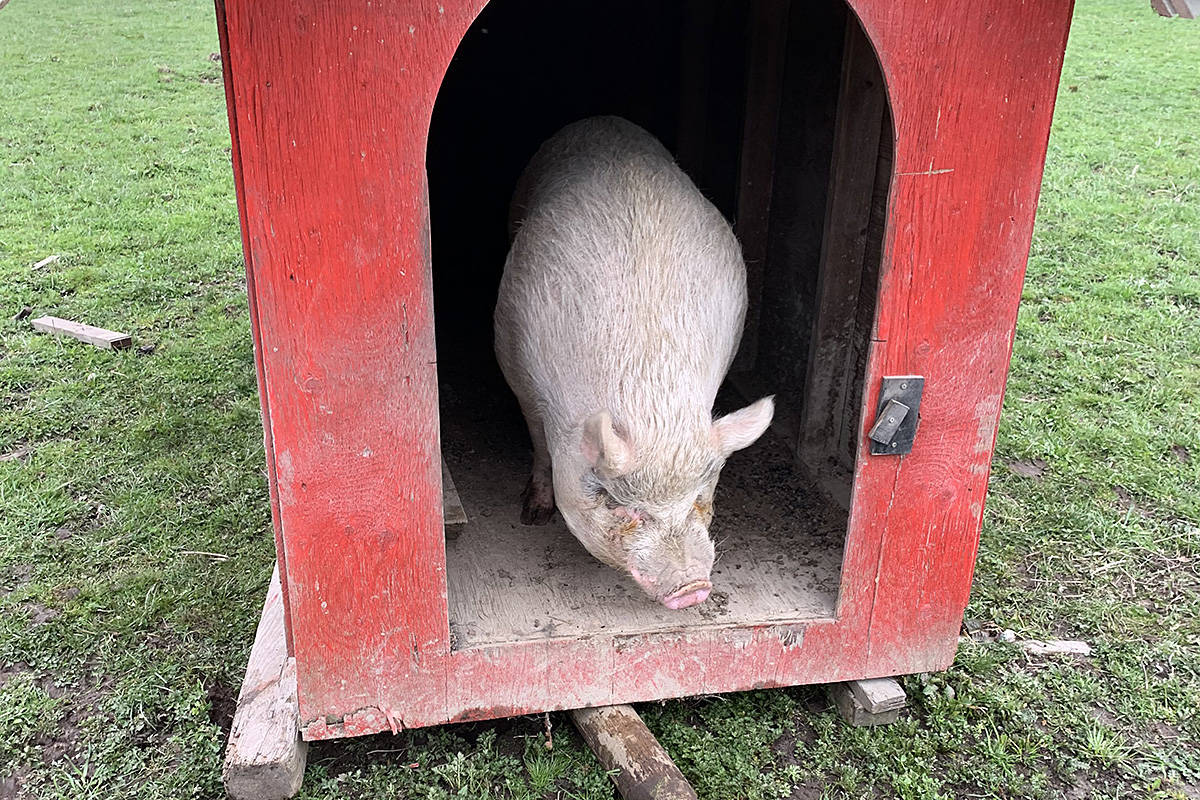 The young reptile is scheduled for operation on Tuesday

Family-owned farm marks five years by preparing for a summer of sales, tours, and growth