Trevor Baron and Taylor Chiu scored for the Kodiaks, and Callum MacDonald had a pair of assists.

Kodiaks netminder Mark Paton had the shutout, stopping 25 of 25.

MacDonald was named first star of the game, Chiu second.

Up next, the PJHL Winter Classic, the kickoff to the second half of the season following the Christmas break, with Kodiaks opening the event on Wednesday, Dec. 30 at 1 p.m. against the Port Moody Panthers at Minoru Arena.

Their next home game is set for Wednesday, Jan 5 against crosstown rival Langley Trappers. Puck drops at 7:15 p.m. 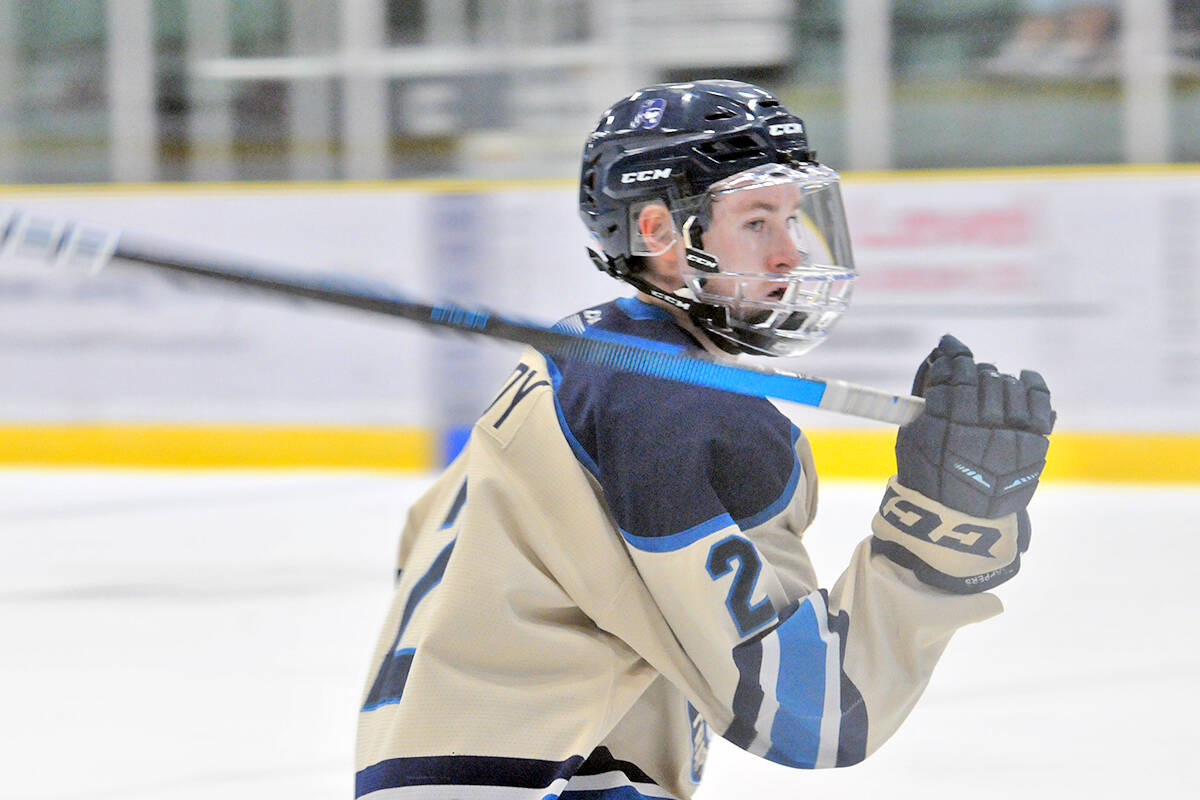 Langley Trappers went into their Christmas break with a loss, a 6-2 defeat at the hands of the Ridge Meadows Flames on Wednesday, Dec. 22 at George Preston arena in Langley.

Flames were leading 3-0 at end of the first period after scoring two power play goals and a shorthanded marker.

At the end of the second, Ridge Meadows was leading 5-0.

Trappers remain the top team in the Harold Brittain Conference with 47 points, with the Flames second with 42. Aldergrove is tied for fifth with Mission at 30 points

Trappers will be back at it New Year’s Day against Delta at the Winter Classic. Puck drop is 10 a.m. at Minoru arena.